unveiled at BrickWorld in June is now available from the LEGO Shop. 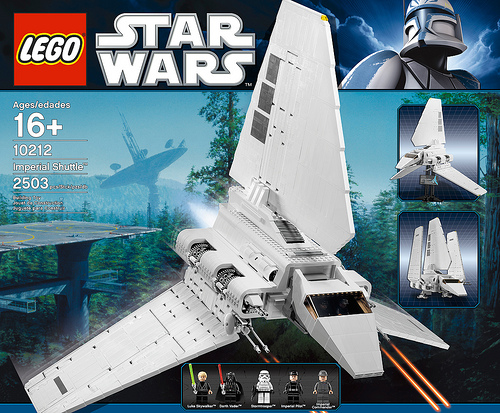 The Harry Potter book series may have come to a conclusion, but the movies continue, with the first half of Harry Potter and the Deathly Hallows due out later this year. LEGO still has the Harry Potter license, and will be releasing a full line of sets on October 1st (the night of the LEGO Store event at BrickCon, by the way). For those of you not joining us in person, you can pre-order the LEGO Harry Potter sets today.

includes 10 minifigs and appears to be modular like the previous versions.

I’m personally most excited by the six new minifigs in 4840 The Burrow:

Again, the full line of six sets is available for pre-order

now, and will ship on October 1. (The video games and board game are all available now.)

Finally, LEGO has free shipping on $75 or more

from now through September 19th.