While you’ve been occupied with the discussion on crediting building techniques, Tyler (Legohaulic) has once again been making instructions for a model that I’m sure many would want to build, and they’re FREE. What a riot. 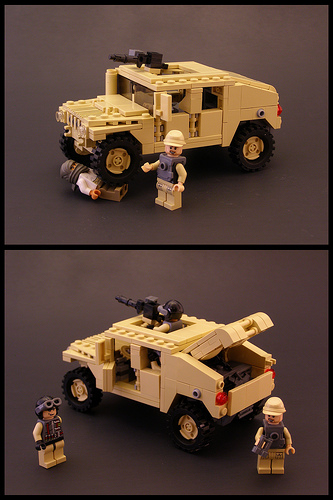 Andrew: Though I don’t object to Nannan blogging this, I have to admit that I’m very uncomfortable with the first photo in the pair above. We’ve had some productive discussions about modern military LEGO in the past, but perhaps it’s time to revisit that discussion.

76 comments on “Lego Humvee with instructions”