And his kicks will split you in half. Mark Kelso (Amhakia) made this vignette using lots of brilliant techniques and 100% unmodified Lego parts. Did you know that stickers can be used to connect pieces? Find out how he used them and more in the descriptions! 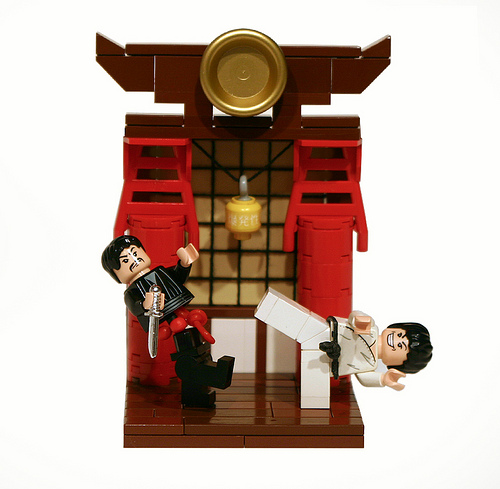