It seems both inevitable and appropriate that humankind will name a spacegoing vehicle after astronomer and author Carl Sagan. We’ve also come to expect excellence from the collaborations between Ed Diment and Ralph Savelsberg. 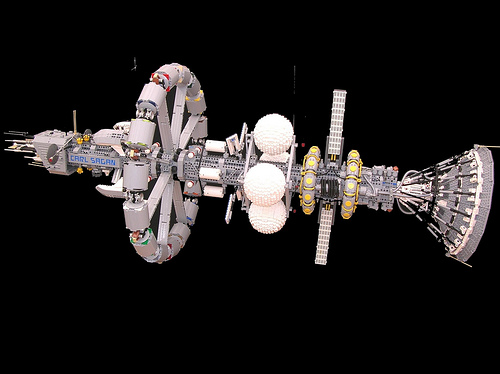 Describing it as a “near-future deep space exploration ship” inspired by Ralph’s microscale John Archibald Wheeler, the builders stand behind their work and give us a sense of its immense scale: 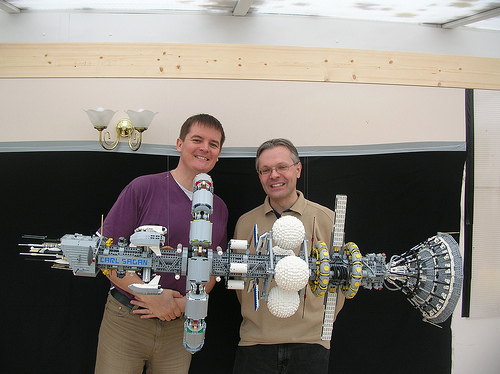 As much as I appreciate the sleek starfighters and heavily armed starships we feature here so often, it’s refreshing to see builders taking both a more realistic and peaceful direction with a large LEGO spaceship.