Seems appropriate to feature these two creations in the same post, since they capture very different sides of the same coin, but I found them within 24 hours of each other.

The first is a great detail-rich street scene by SlyOwl capturing a scene inspired by the film “Die Welle.” It’s apparently based on the American book “The Third Wave” by Ron Jones, and after-school special “The Wave” about a teacher trying to illustrate to his students how autocracy can take root anywhere and doing a bit too good a job of it. Definitely worth checking out the other angles and detailed deeplinks that SlyOwl has included. 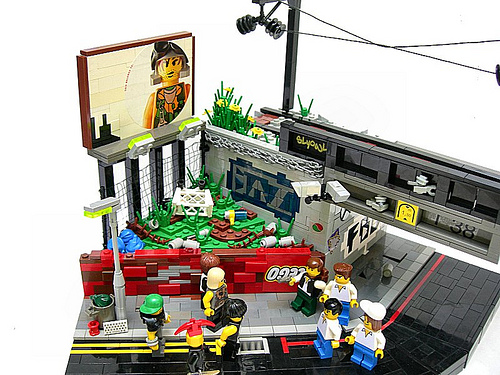 This second creation, by Igor Makarov (Zeek), called Precinct 56 is a great take on the traditional LEGO police station sets, which have always struck me as too small. This is more fitting of a big city police headquarters and sure looks lite it’ll fit more than one cubicle, parking space and holding cell. 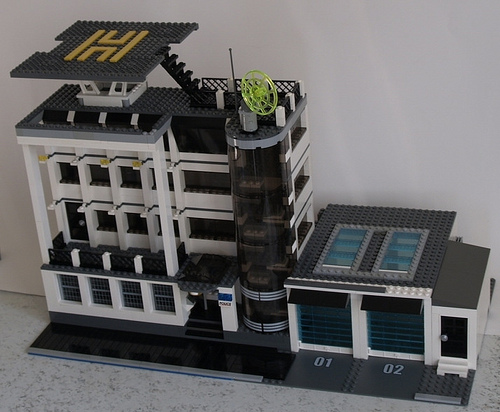