As I type this, Barack Obama stands on the steps of the Unites States Capital with his right hand raised, taking the Oath of Office as the 44th President of the United States of America. 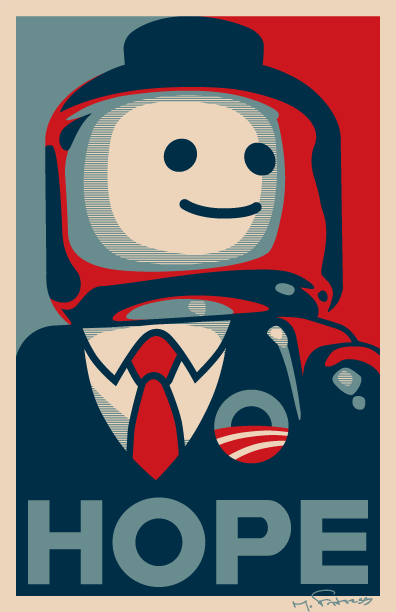 Like many LEGO fans, Michael Fortress wanted to mark the historic inauguration of president Obama. Inspired by the iconic Shepard Fairey “Hope” poster, Michael combined his graphic design skills with his passion for LEGO to create his own LEGO-themed Barack Obama “Hope” stencil poster.

Check out more of Michael’s design projects on deviantART.