The Brothers Brick turned three a few months ago, but today is our second anniversary on Brothers-Brick.com.

And what a difference a second year on our own domain has made!

There are Brothers-Brick.com readers in 196 countries and regions around the world: 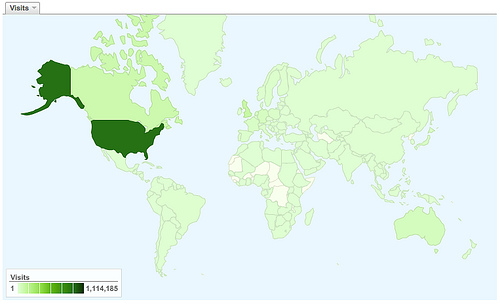 Notable additions since last year include Mongolia and Madagascar. Next year, we’re hoping to find readers in North Korea, Turkmenistan, and central Africa.

With a couple of exceptions, our most popular posts in the past year have been news items:

Most importantly, 2008 has been the year during which you the readers of The Brothers Brick have come together as an online community to nominate your own Ambassadors to The LEGO Group.

Finally, here are some links to historical posts for readers who care:

Here’s to many more years of creativity and community! We hope you’ll stick with The Brothers Brick for the ride. It’s going to be fun.