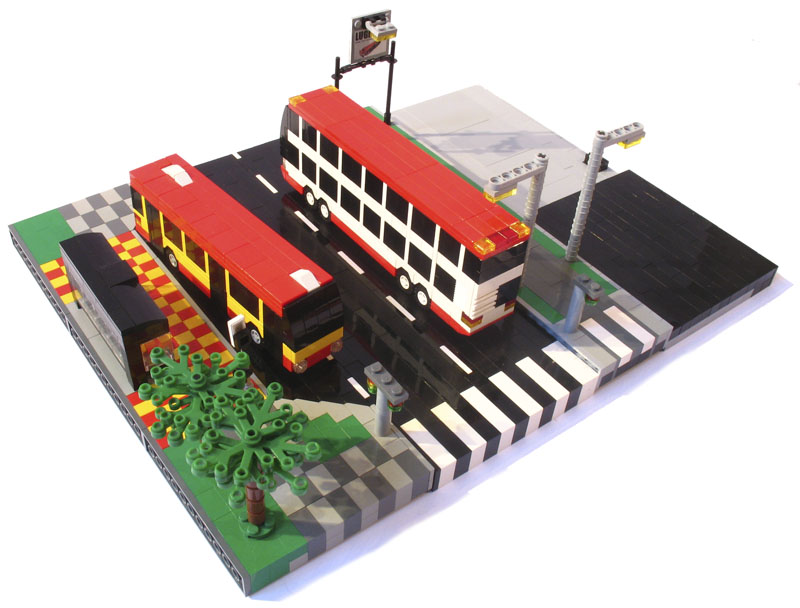 I think I’ve driven to work twice in the last year. My saving the world aside, this microscale scene by rhdlb is beautiful, with a pair of excellent buses and some great details built into the base. I also really like the street lights.

10 comments on “I make a difference by riding the bus”