During November, Nnenn ambitiously set out to present a new variation of the Vic Viper each day of the month. While the LEGO fan community on Flickr has known Nnenn to be one of the most prolific builders, no one has ever seen a builder post one new medium-sized LEGO creation for each day of an entire month. In the end, Nnenn did it; the result was “Novvember.”

In this exclusive interview with The Brothers Brick, Nnenn shares his thoughts on the project and how he managed to get everything finished without losing his sanity.

This fighter map from Nnenn shows all 31 Vic Vipers unleashed during November.

The Brothers Brick: What gave you the idea for Novvember? 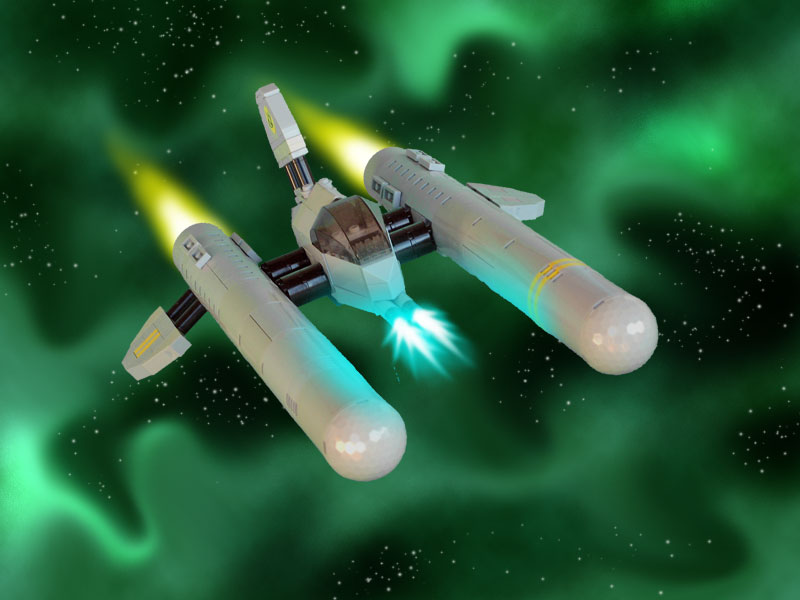 Nnenn: Novvember came about as an effort to populate the Vic Viper group Peter Morris and I created on Flickr. We had each built and contributed a few VVs (based on the Gradius shmup series) to the pool but then came a period of stagnation. Since I have little tolerance for the myriad of unnecessary (or redundant) community groups, I felt something had to be done to warrant its existence. Dedicating a month to the cause, and the play on its name, is a carry-over of something I’ve done with my family for some time: we have such things as ‘Fun Friday, Special Breakfast Wednesday’ etc.

TBB: How long was the planning process? Had you been building Vipers before the start of the month or did you build all of them during November? 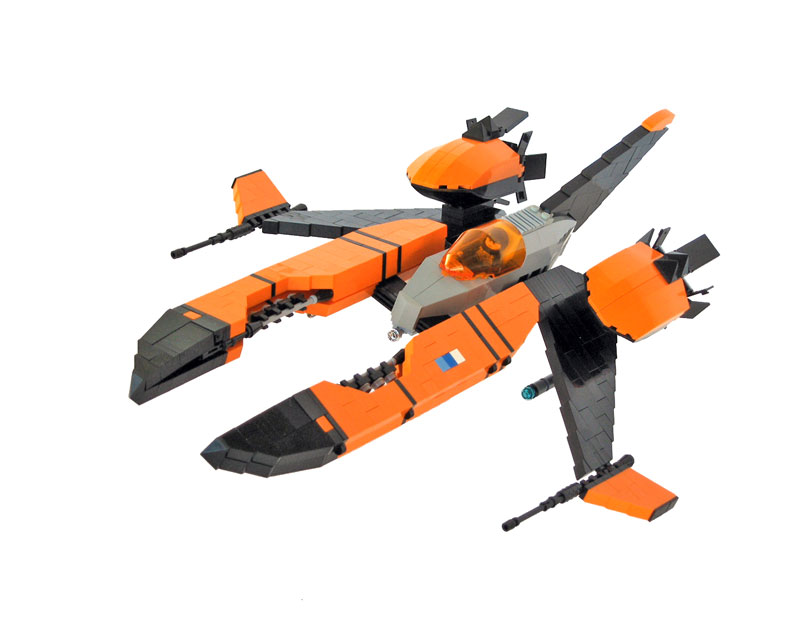 Nnenn: The idea began to germinate some weeks beforehand and I began building VVs about mid October… so I had several done before the official month began. The ‘official’ announcements were simply fun afterthoughts that helped garner momentum.

TBB: Describe your thought process on coming up with so many variations of the Viper. 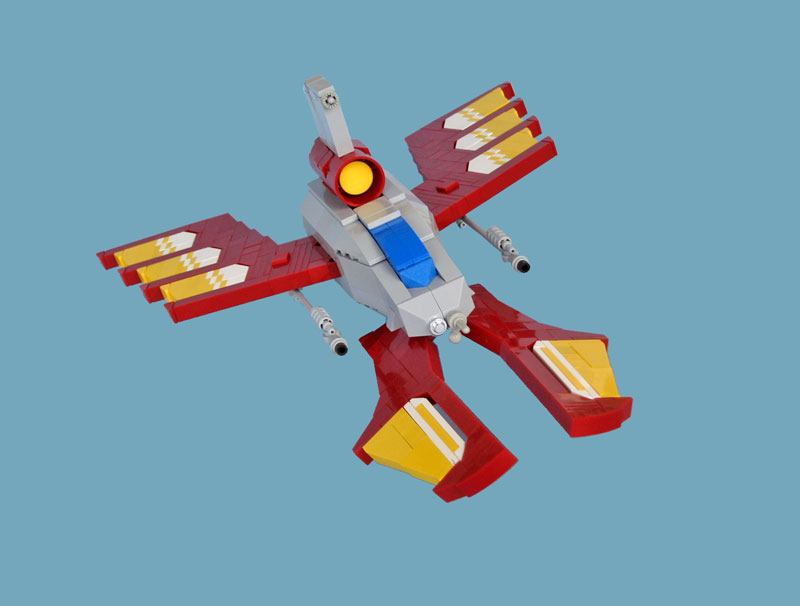 Nnenn: During a ‘slow’ time on a visit to my in-laws, I remembered what Peter had said in his LAML interview about sketching ideas before building (something I rarely do) so I picked up a pen and covered three sheets with starfighters… most of them with dual forward prongs. Many of those became the basis for later models (the original paper is now fairly ragged with use); the rest came about by my usual method of fiddling with piece combinations.

TBB: What was the most challenging part of the whole project from start to finish?

Nnenn: Getting a model posted every single day was, by far, the most difficult aspect of the project. Many times during the month I thought about refining or making changes to whatever I was building but couldn’t because I needed to be moving on to maintain my ‘daily’ goal. So quality definitely suffered (as some have noted) but overall I’m pleased. 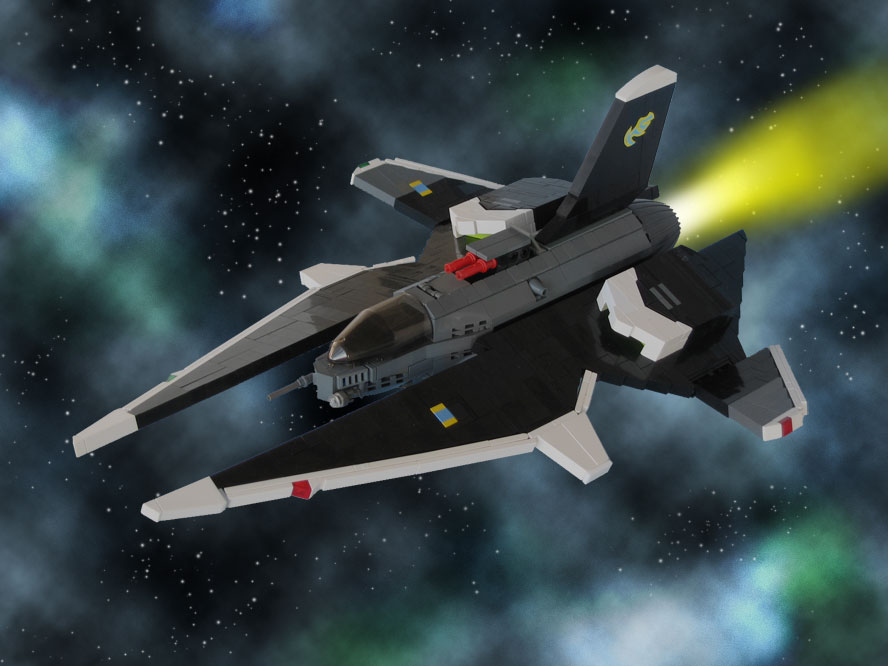 Years ago, I learned the tremendous educational value of completing many small projects over laboring over a single work for eons: An illustration professor I had would assign his students the task of developing twenty or so thumbnail solutions to some visual problem. When we presented our ideas, he would demand thirty new and unique sketches, declaring that our first attempts would always be the weakest and the least innovative. He said it wouldn’t be until number fifty or so that we would be forced into completely new territory. I wonder what Novvember would produce if we had four more weeks…

TBB: What are your opinions on the public’s reaction, and what do you think of the other builders’ contributions to Novvember? 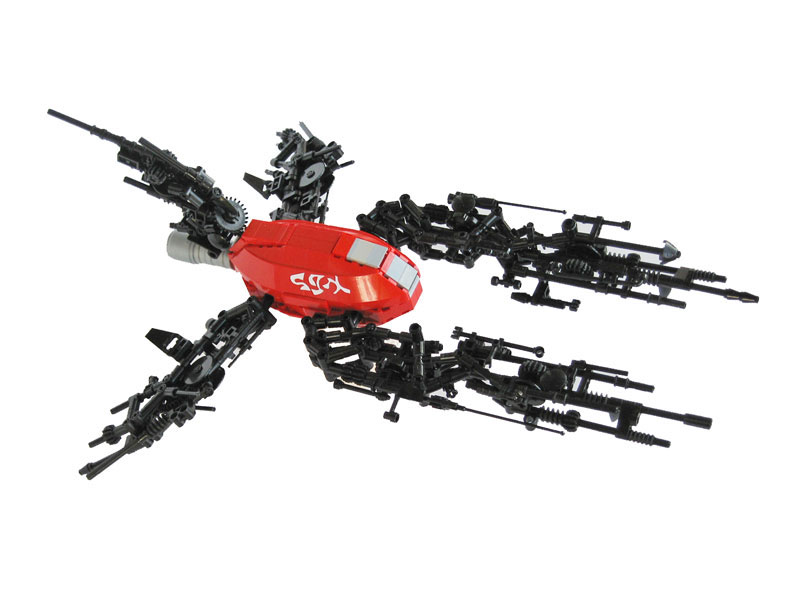 Nnenn: I predicted we’d initially have a handful of contributors and then see several more trickle in throughout the month. But I never worried about generating interest… I was too focused on doing my part, so-to-speak. The results, however, have been both surprising and wonderful: a ton of participants have helped my initial jesting about a flood of VVs become reality. A few with short attention spans have complained or thrown around some negativity but those types are inevitable and besides, nothing was done with malicious intent.

TBB: Name a few of your favorite Vipers from both your builds and those by others. 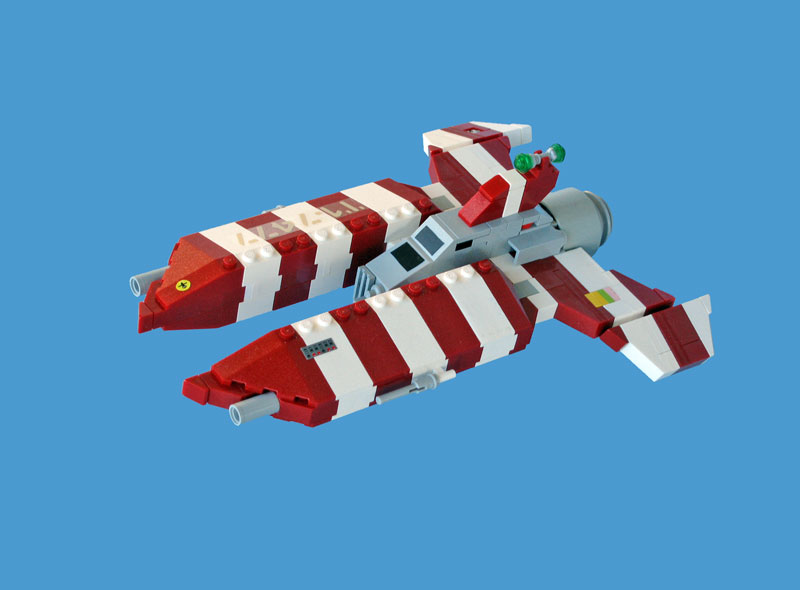 Nnenn: Though I’m not one for favorites, I actually went back and spent some time perusing the pool… but I found myself picking out positive aspects from them all. So go pick your own!

TBB: Do you have any plans after NoVVember?

Nnenn: Right now I’ll build anything but a VV; I guess I’m a little spent. Doing more variations might push me but my investment in the hobby is more grounded in fun than in work, so I’m done… until next time.

TBB: What are your overall thoughts on how everything turned out?

12 comments on “Interview with Nnenn on Novvember [Interview]”