Even though Pixar’s Wall-E didn’t dominate the box office this past weekend, our lovable robotic hero continues to dominate the hearts and imaginations of LEGO builders. 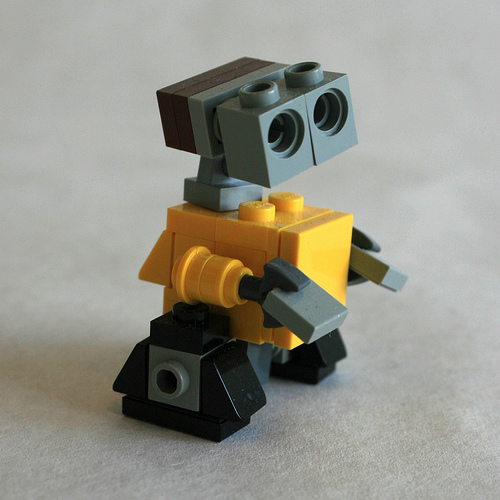 Angus’s micro Wall-E has a two-brick cooler, while his nanoscale Wall-E is accompanied by a nanoscale Eve: 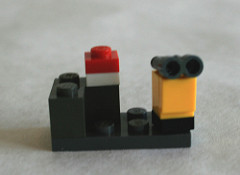 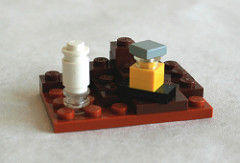 Not to be outdone by Mark Sandlin, Chris Giddens gets in some some Wall-E action: 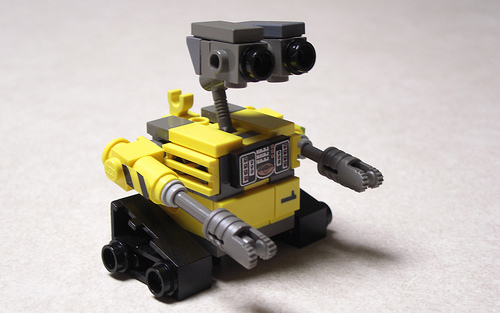 Andrew Lee takes his inspiration from Chris Giddens (with three-brick cooler), while Steve and his son Adam use gears for my favorite Hal so far: 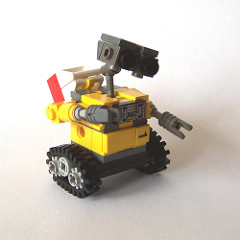 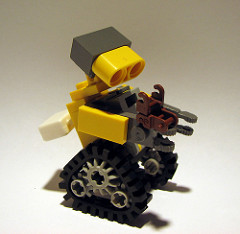 Jimmy may have been the first person to build a LEGO Wall-E (back in February), and his recent vignette depicts Eve zooming around the devastated landscape: 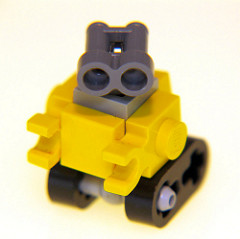 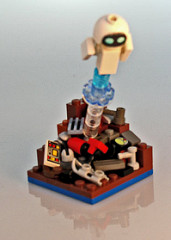 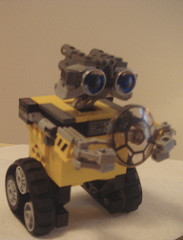 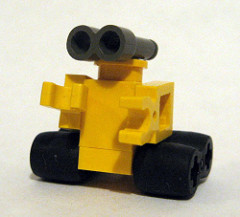 EDIT: Samus11 gives Wall-E a boot and a cooler (thanks castlebuilder100!): 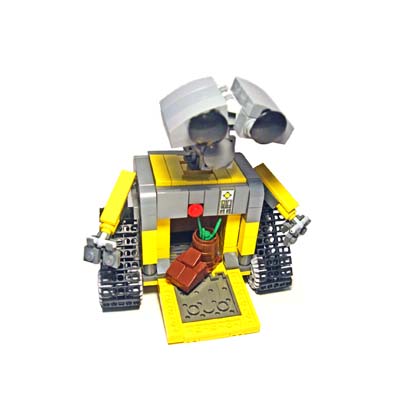 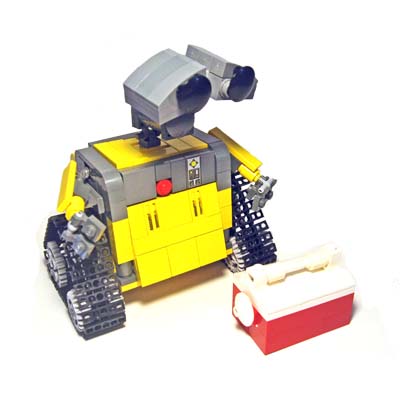