The recent announcement from LEGO about the future of both RC trains and 9-volt trains has rupi approaching the issue from a historical perspective: 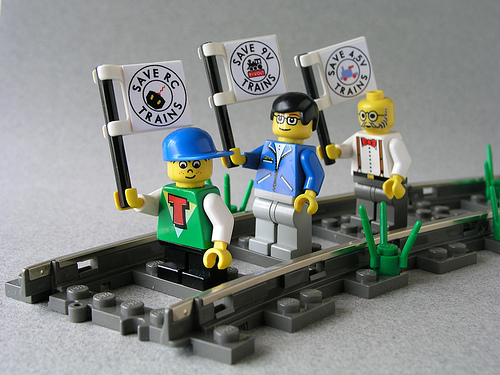 This actually brings up a good point, so I apologize in advance for using rupi’s vignette as an excuse to spout my own opinions. ;-)

Long before 9-volt Trains (in the 1960s through part of the 1980s), LEGO produced train sets that ran on 4.5-volt power. In other words, the transition from 9-volt trains to RC trains was not the first, nor do I suspect that the transition from 9-volt and RC to the new system will be the last. Who knows what kind of technology will be available to power LEGO trains 30 years from now?

Don’t get me wrong; I do understand the frustration of LEGO fans who’ve invested thousands of dollars in the current 9-volt system (and in my role as an Ambassador, I’ve passed along all the feedback of LEGO Train fans to LEGO). Still, I can’t help but feel that LEGO deservers some measure of understanding for the decisions that they’re making, that LEGO isn’t a non-profit organization whose sole mission is to provide parts and accessories for our hobby regardless of profitability for them.

But I digress. Let’s end this post on a lighter note, with rupi’s ultimate punch line to his little joke: 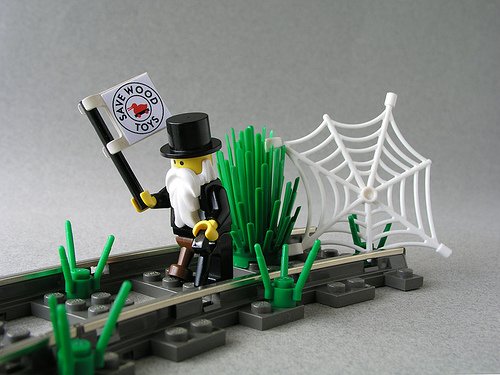