BrickArms manufactures injection-molded ABS accessories compatible with LEGO. Now, I’m what most LEGO fans call a “purist“; I don’t cut, paint, glue, or otherwise harm LEGO, and I don’t generally use non-LEGO parts in my creations. After I attended a presentation at NWBrickCon last October, though, I couldn’t help but pick up a few BrickArms weapons, including the AK-47 and rocket-propelled grenade (RPG) wielded by Rambo: 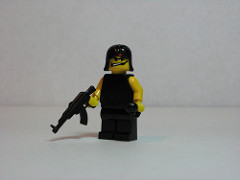 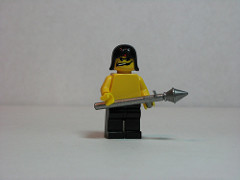 As Josh wrote earlier this week, BrickArms has released 13 new weapons. (See BrickArms.com for the full list of 21 weapons.) My weapons arrived on Thursday, and I’ve been building furiously ever since. Each photo in my Flickr photoset includes descriptions with links to the specific weapons I’ve used, like the Navy SEALs and Galactic Marines below: 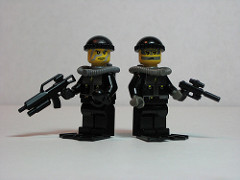 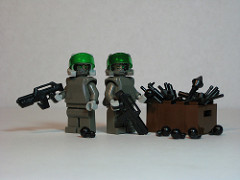 My favorite new weapon by far is the M41A “Xeno” Pulse Rifle. I ordered two (shown above), and plan on ordering several more soon. Here’s a closeup on a futuristic S.W.A.T. officer: 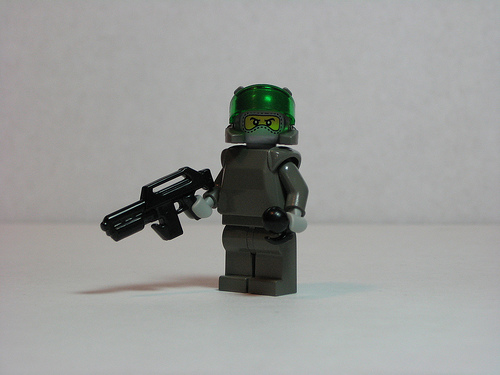 One great thing about BrickArms is that the product line spans nearly all the classic and famous weapons from World War I through the present. Here are a trio of World War II soldiers from both sides of the conflict: 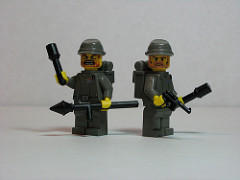 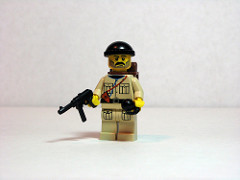 Other favorites include the Uzi and shotgun (go Lara Croft, go!): 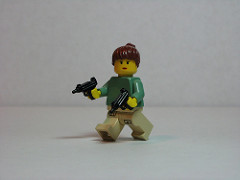 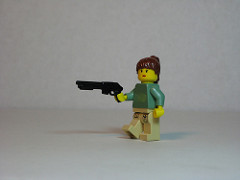 In addition to looking very realistic, many weapons are designed with several points that fit into minifig hands. The shotgun’s pump fits in minifig hands, as do the barrels and stocks on several other guns.

BrickArms has also released several custom minifigs. I didn’t purchase any of the figs myself, but BrickArms was kind enough to send along one of the custom parts only available with “Spy Bond” — an ingenious suitcase with a hidden Uzi and spare clip. Typically, 007 blows something up as Q tries to show him his latest gadget: 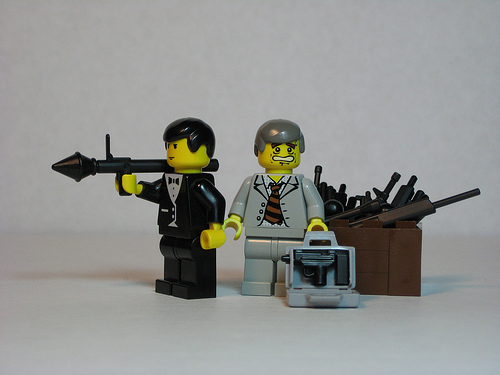 Purchased individually at $1 each, BrickArms weapons are comparable to BrickLink prices for the newest Batman and Star Wars weapons. (Depending on the combination of weapons you want, you can also buy weapons packs at a discount.)

No, BrickArms weapons aren’t cheap, but that’s because they’re not cheap! Ultimately, I measure the success of any “custom” (non-LEGO) part by how well it integrates with my LEGO collection. BrickArms weapons look and feel like “real” LEGO, which is why a self-proclaimed purist like me can use them without guilt. ;-)