In this LEGO build,  Ayrlego takes us back in time with this Colonial scene of patrolling troops passing a white-washed villa. I enjoy learning from other people’s builds, and there’s some nice take-aways in the composition of this scene. We’re treated to some lush vegetation framing the building, and the palms are really well-executed, bookending the build. In addition to the palms, the undergrowth to the front and sides are great examples of adding fauna to any scene. 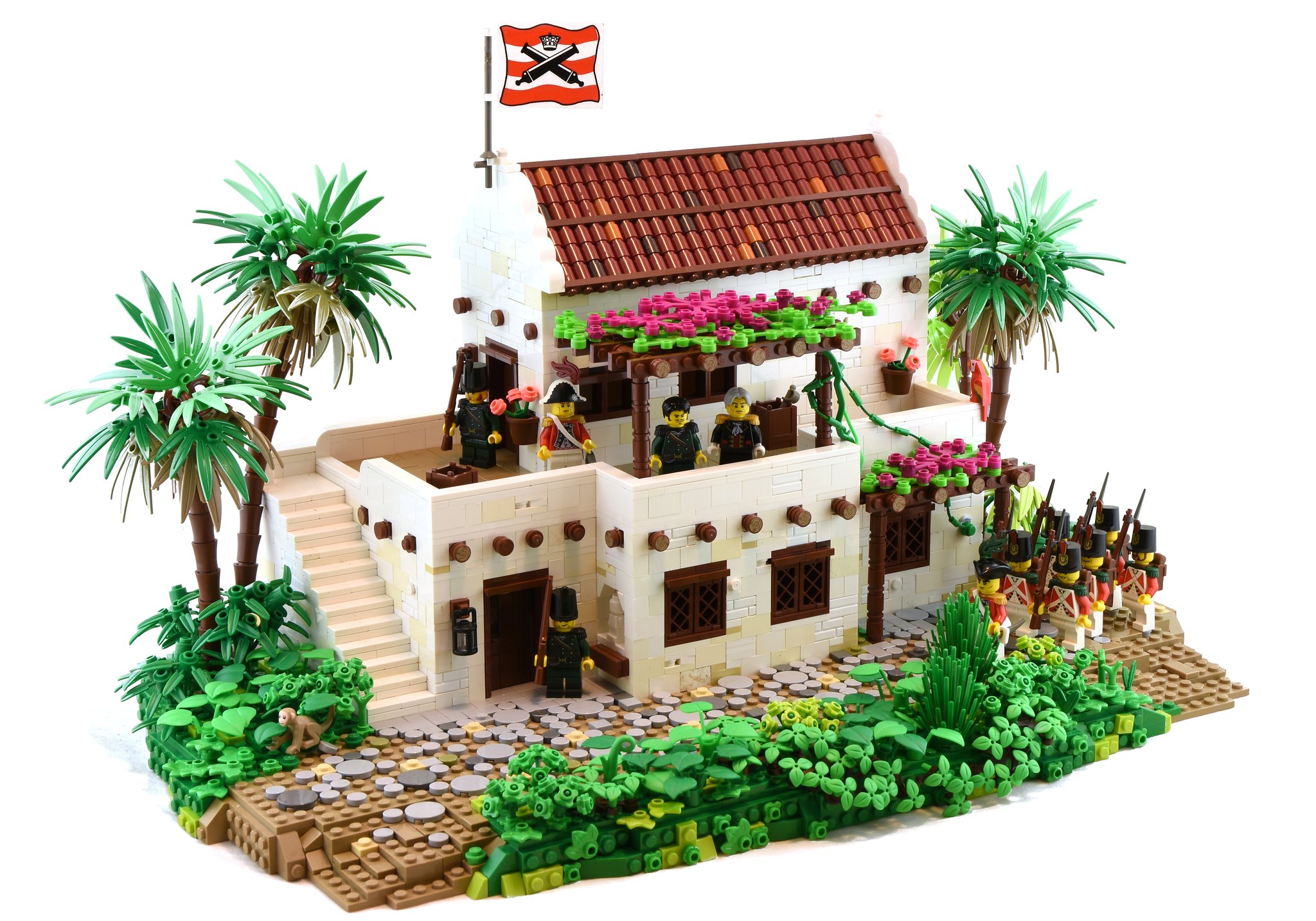 There are some really nice touches to be found in the building itself too — some I’m sure to use myself in the future! I’m particularly fond of the aged white bricks used amongst the newer white pieces with other subtle details such as the white profile brick. The Micro Figure nestled into the wall, suggestive of a shrine, and the logs that serve to hold the upper level really elevate this whole scene. I think you’ll agree that Ayrlego has done his homework in constructing this one.

Yes, the building is a work of art but have you seen this incredible tree? LEGO builder Ayrlego shared a recent creation with us, the Villa. Plant life, thy name is beauty. Just look at that tree! It might take the cake as the most realistic LEGO deciduous tree I’ve ever seen. The vine work is also fantastic with the way it crawls across the roof. I also admire the small potted plants and the garden shrubbery. It’s all a testament to Ayrlego’s skill with bricks. 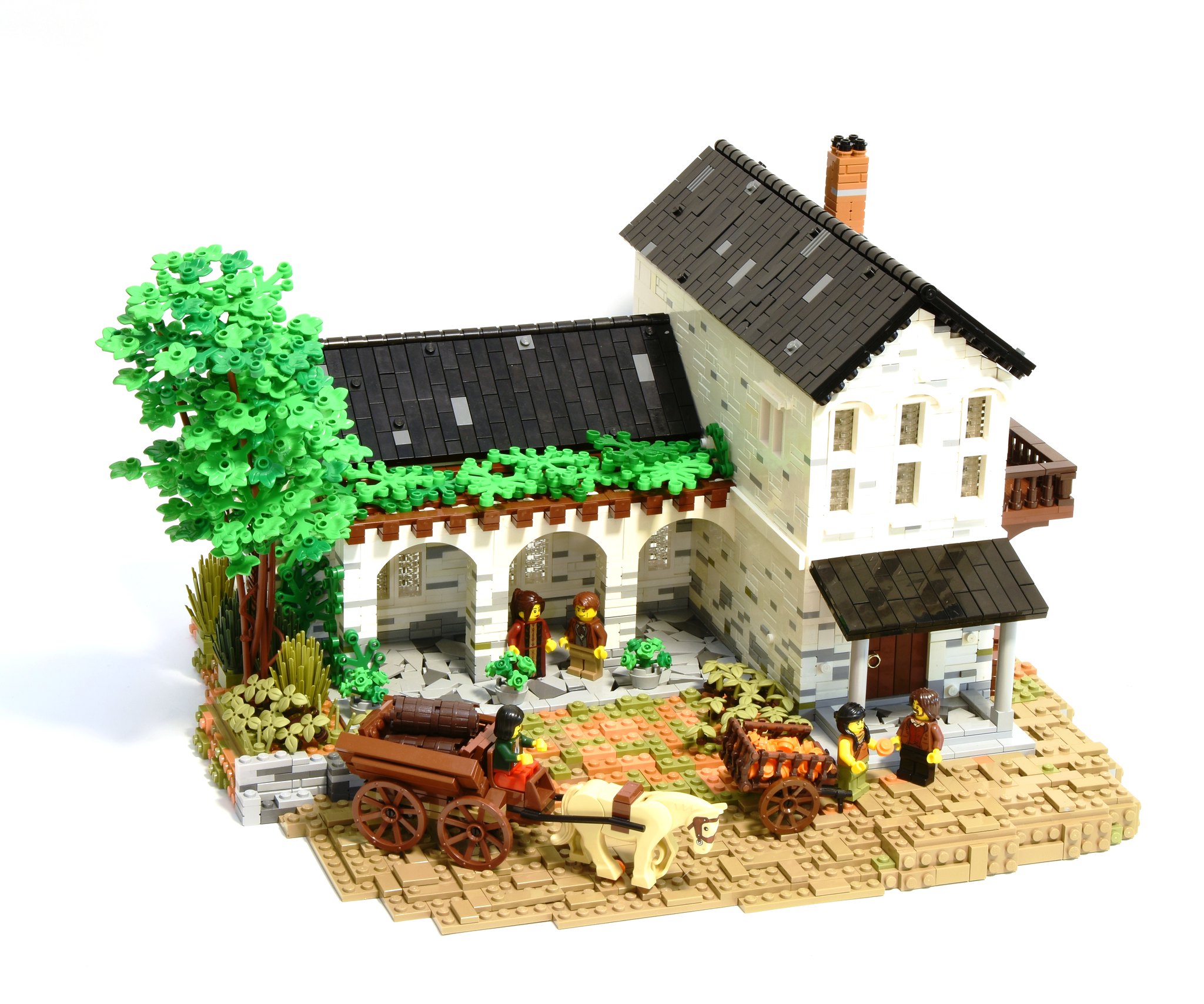 Of course, where would this creation be without the villa itself? I mentioned that it’s a work of art because it truly is, incorporating styles from American Colonial to Spanish Mission. Though the lore behind Ayrlego’s creation is fantasy, one could easily see such a villa existing somewhere in the early days of North American settlement.