I’ve said it before and I’ll say it again, I am an absolute fan of LEGO minidoll related themes. And yes, sometimes the sets are a bit too brightly coloured to blend in with your LEGO City. And yes, having minidolls next to minifigures in one creation can look a little bit odd. But the minidoll themes come with such interesting parts and most of them are minifigure compatible. In Hannah’s latest creation she used a couple of minidoll hair and headpieces that work perfectly for fantasy-themed minifigures. 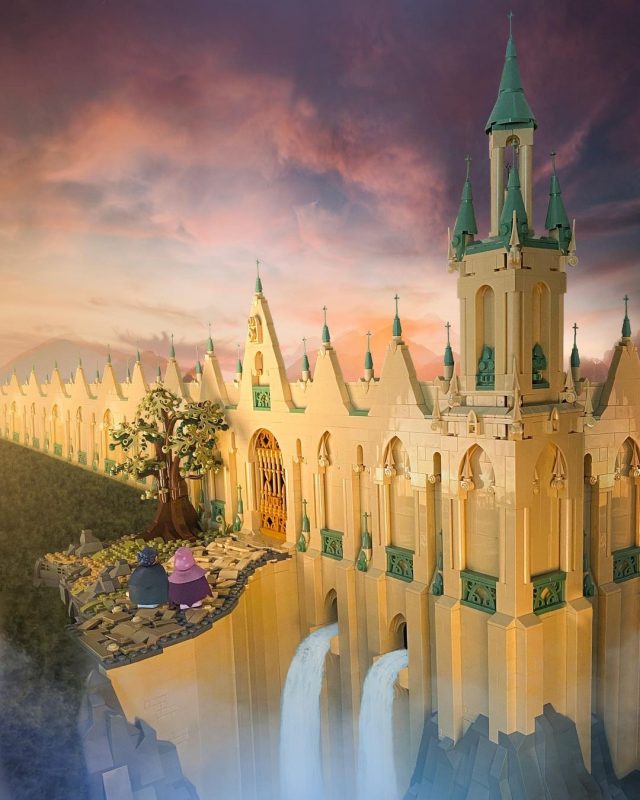 The build itself ain’t too shabby either, it looks massive. But that might just be thanks to a little bit of photoshopping. The best part about the build has to be the gold arched gate door. LEGO has released a prefab gate door but that one simply doesn’t compare next to this brick build design by Hannah. 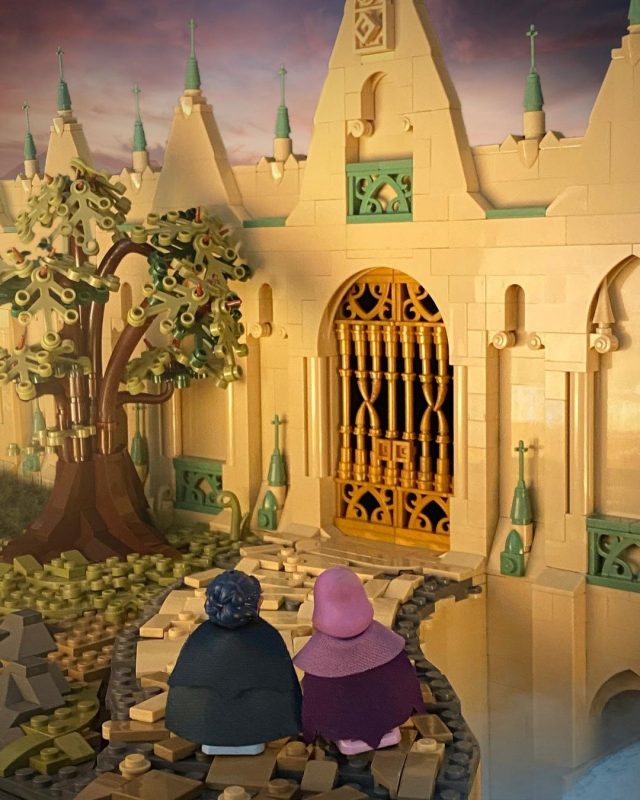