Back in 2017, tastenmann77 took inspiration from The Empire Strikes Back and built an impressive Imperial AT-AT Walker. However, now he’s taken things to a whole new level and put together a huge maintenance hangar diorama to surround it. This LEGO creation is enormous – the walker itself is 45cm tall and 50cm long, which should give some impression of just how big the hangar is. 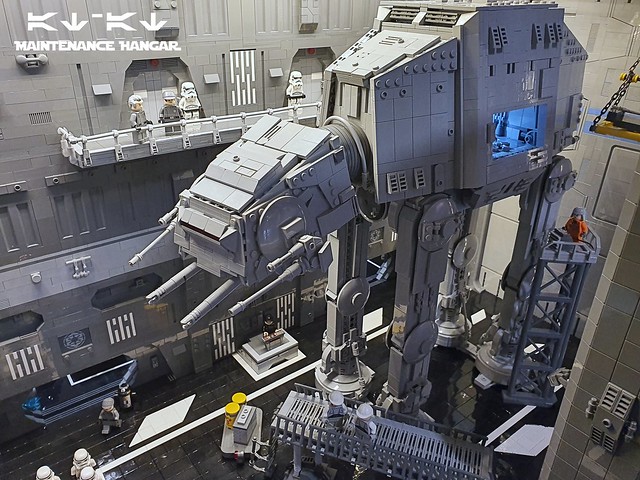 Sometimes larger LEGO creations rely on their sheer scale to impress, but this one is also filled with a frankly astonishing amount of detail. We’ve got Darth Vader arriving to carry out an inspection welcomed by a formation of Stormtroopers, there are Imperial officers overlooking the maintenance efforts from a gantry, there’s welding going on inside the AT-AT’s hold, and the floor is marked with realistic-looking warning stripes and is covered in interesting cargo and equipment. There’s even a mouse droid tootling around! END_OF_DOCUMENT_TOKEN_TO_BE_REPLACED