Sam Malmberg‘s “Nebula 47 Hangar” is a feat of LEGO engineering. Let’s take a look at why this Federation scout ship is one of the best builds I’ve seen today. 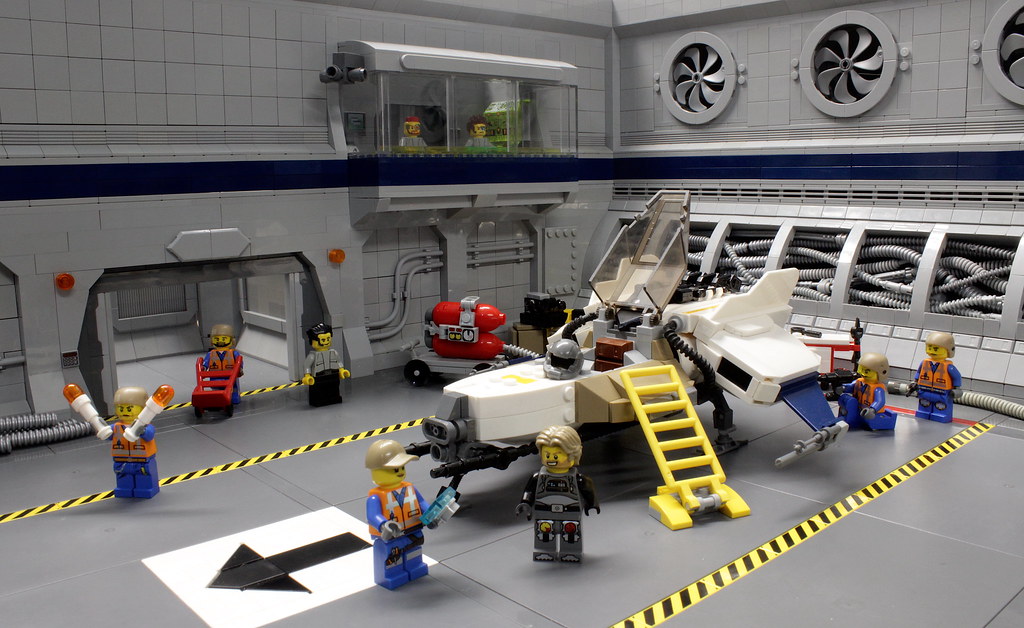 Take your eyes past the Nebula 47 itself and gaze upon the beauty that is the pipework! The twisting tubes are fantastic, implying a network of vast support systems that are behind the bulkhead. Additionally, the arrow on the hangar deck is made from bricks in a pattern that isn’t common in sci-fi builds. 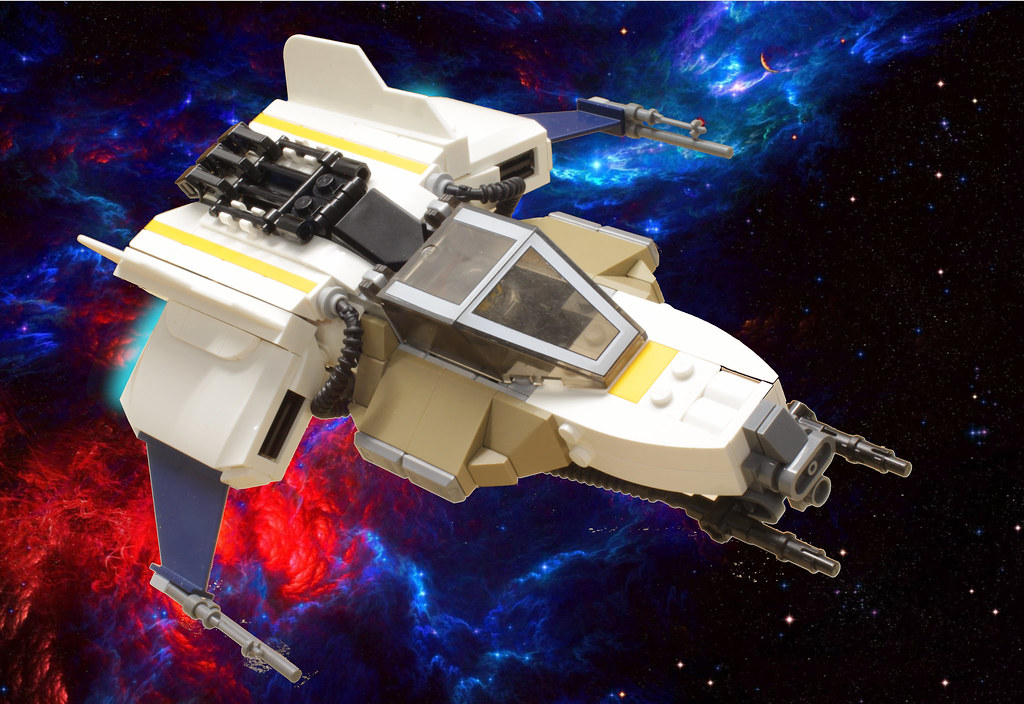 When I look at the Nebula 47, I see a little bit of the Ghost from Star Wars: Rebels. However, Sam has utilized his skill in creating a ship of his own. I dig the minifigure ski poles used as blasters on the wings. I also like the use of the color tan along the main body. Tan isn’t a color I often see on a spaceship, but this more than works. It’s out of this world!

If we can find an Earth-like planet within a reasonable distance, or perhaps terraform one of our closer neighbours, then we’re going to need to transport a bunch of plants to its surface. In this LEGO space scene, Sam Malmberg imagines how the interior of a seedling transport ship might look. There’s an impressive variety of plant-life on display, within an equally smart selection of vivarium equipment. The viewport and the wall panelling brings the styling of the Nostromo to mind, but thankfully there are no terrifying aliens threatening the crew. I love the inclusion of a microscale companion vessel, visible through the window, creating the sense of a convoy of intrepid colonists heading out together for a new world.