The sensible thing to do when you see a bunch of terrified people running is to run with them (unless you are in Pamplona; then the sensible thing to do is to stay out of the street, away from the bulls in the first place). I have seen enough movies where something is attacking a city and the populace is running, or a disaster is striking and everyone hopes to get to safety to know what to do. I don’t know what kind of strange goo is creeping around the corner and through that door in this scene by Yuri Badiner, but by the look of those minifigures’ faces, I am not sticking around long enough to find out. Some sort of radiation must be leaking at the power plant, and in real life radiation does NOT turn ordinary people into superheroes. 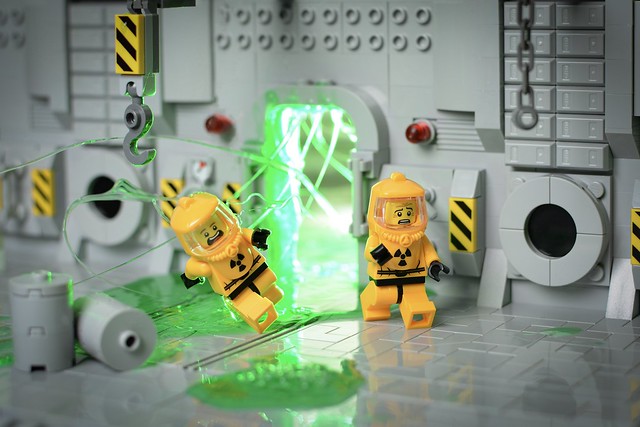 What makes Yuri’s build special is the cinematic feel of the photograph more than the construction techniques on display (not that those are bad, mind you — I love the use of the ingot tiles). The light coming through the doorway, the green slime streaming through the air and pooling on the floor, the minifig posed in mid-leap, plus the perfect selection of anxious and terrified faces, makes this a special shot. There is even a touch of foreground and implied space with the hook and chain hanging from the invisible ceiling. It pays to go the extra mile and make the picture perfect, rather than to spend all of one’s effort on complex building techniques that can’t be seen because the build is poorly lit or the picture is grainy. I just hope that green stuff washes off the LEGO bricks and doesn’t stain the ABS!

Admittedly power plants are not a common subject for LEGO builders, so seeing one is always fun. WHBRICKS gives us this adorable tiny nuclear plant, which is lovely in its simplicity. It’s highly recognizable and barely 12 studs long. The billowing steam is particularly nice and adds to the overall look and feel of the tiny build. This would be an excellent addition to any microscale layout! 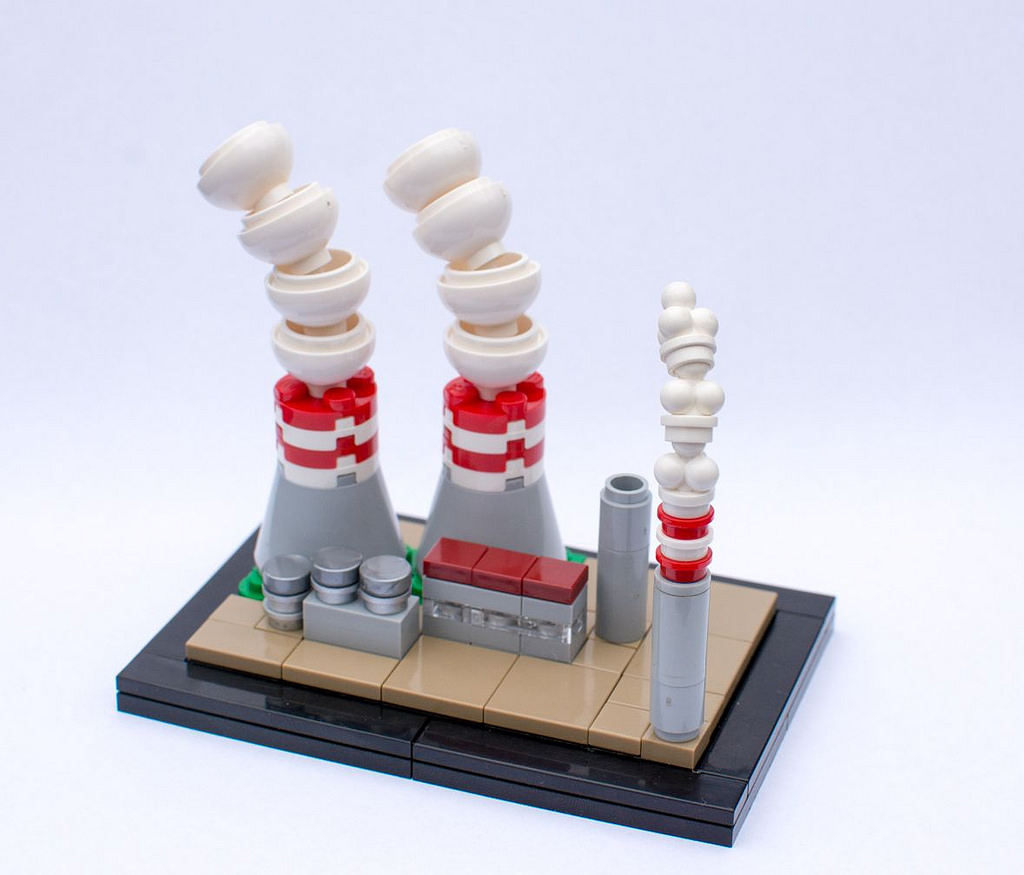