“Now this is podracing!” – one of the many famous lines from Star Wars: The Phantom Menace can be applied to this LEGO model by Penny Drop on Instagram. This mean machine and its pilot are of the more obscure racers in the film. The LEGO group tends to release sets centered around Anakin’s podracer while sometimes including Sebulba as well, therefore it is refreshing when fans create models of the lesser-known competitors. 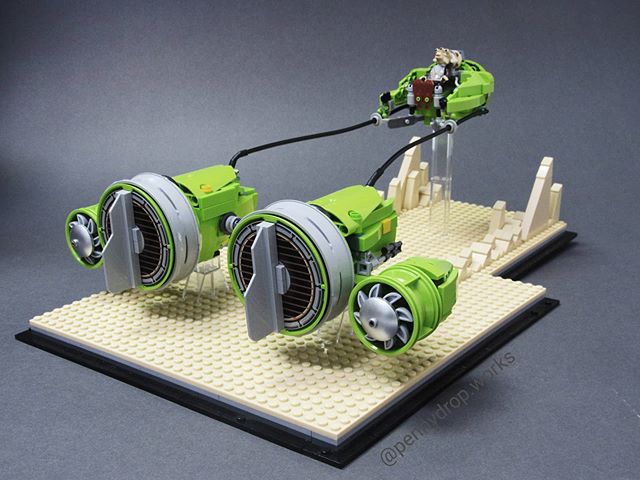 A podracer is really only comprised of two components – the cockpit and the engine. Penny utilized some lime green bricks and slopes for the cockpit and for the engine Penny has put to use some large lime green rims and technic elements in addition to a few bricks and slopes. I appreciate the application of the round saw blade elements in conjunction with some silver dishes for the auxiliary thrusters. It’s nice to see the build as a whole displayed on a brick-built stand, mimicking the Mos Espa arena circuit. Podracers watch out, Penny has certainly built a worthy opponent!