Strategy game Plants vs. Zombies became an international hit after its 2009 release, and it has been going strong ever since. A portion of the game’s success can be attributed to its colorful cast of characters, like Torchwood. Torchwood is a mean, green, shooting machine and this LEGO version built by chubbybots is a great character build. His model offers a nice balance of function and form, with articulated joints and expressive facial features. 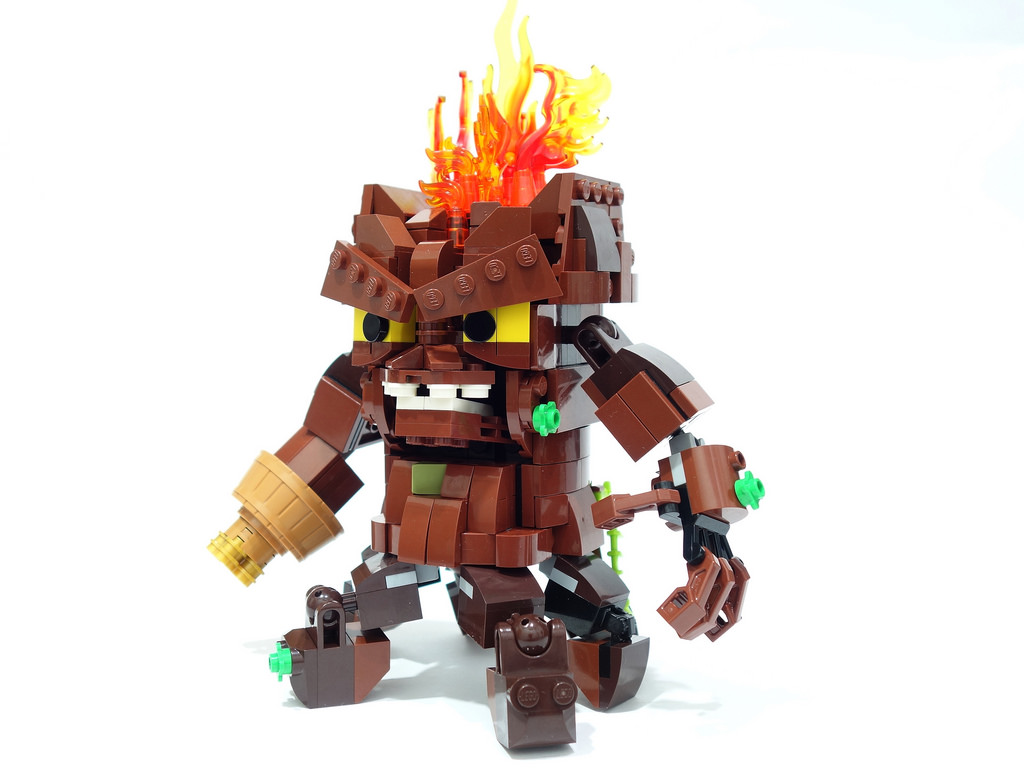 The mouth opens and closes, which allows for some fun poses like this one. Together, the tilted eyes, open mouth, and outstretched weaponized arm all scream attitude. 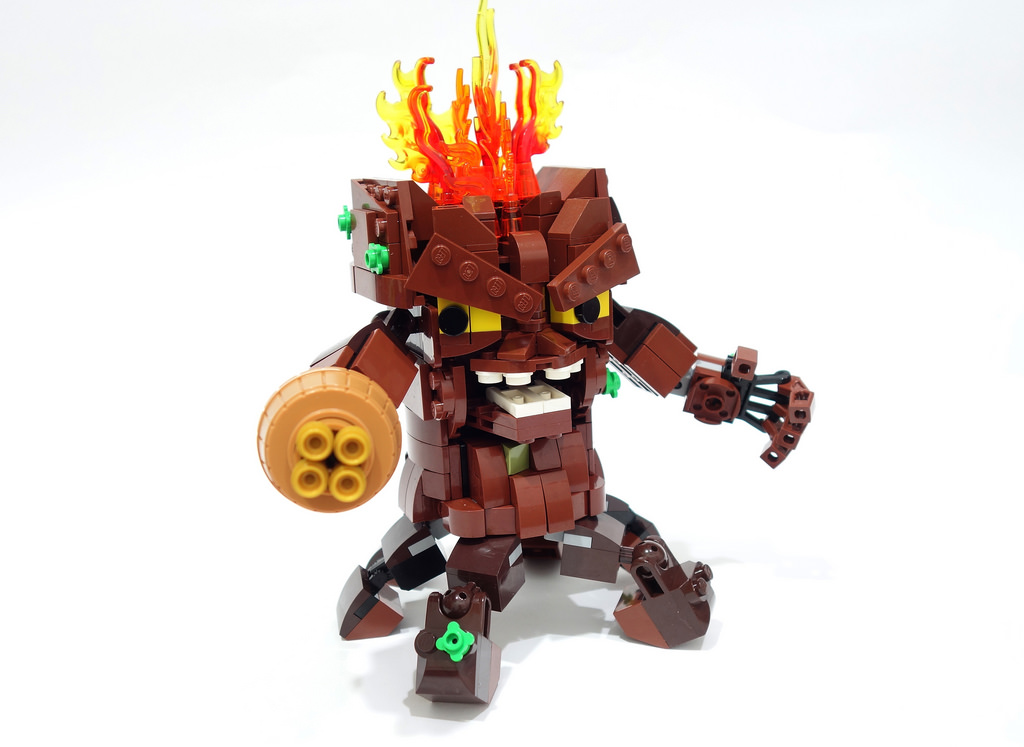 He’s even ready to go head-to-head with the game’s namesake zombies. 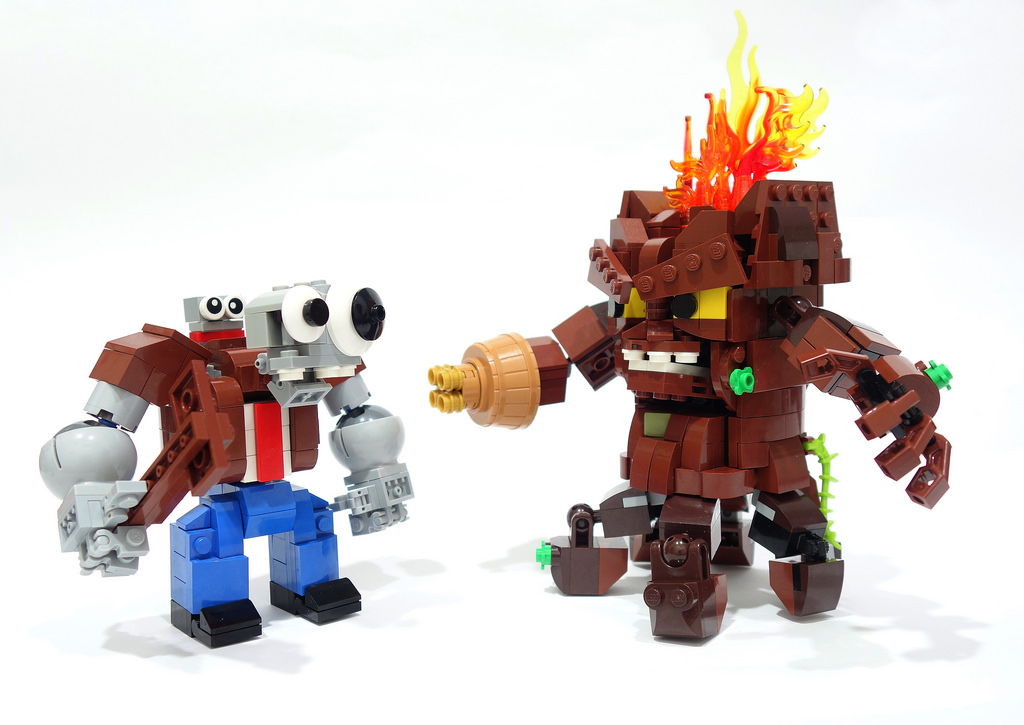