The release of LEGO’s new botanical line which includes the beloved Bonsai Tree has inspired many lush and succulent spin offs, Marius Hermann’s brick-built sakura bonsai being a great example of the trend. Technically when I refer to “the trend”, I am actually referencing a competition currently being held by Brickset encouraging the building of bonsai plants. 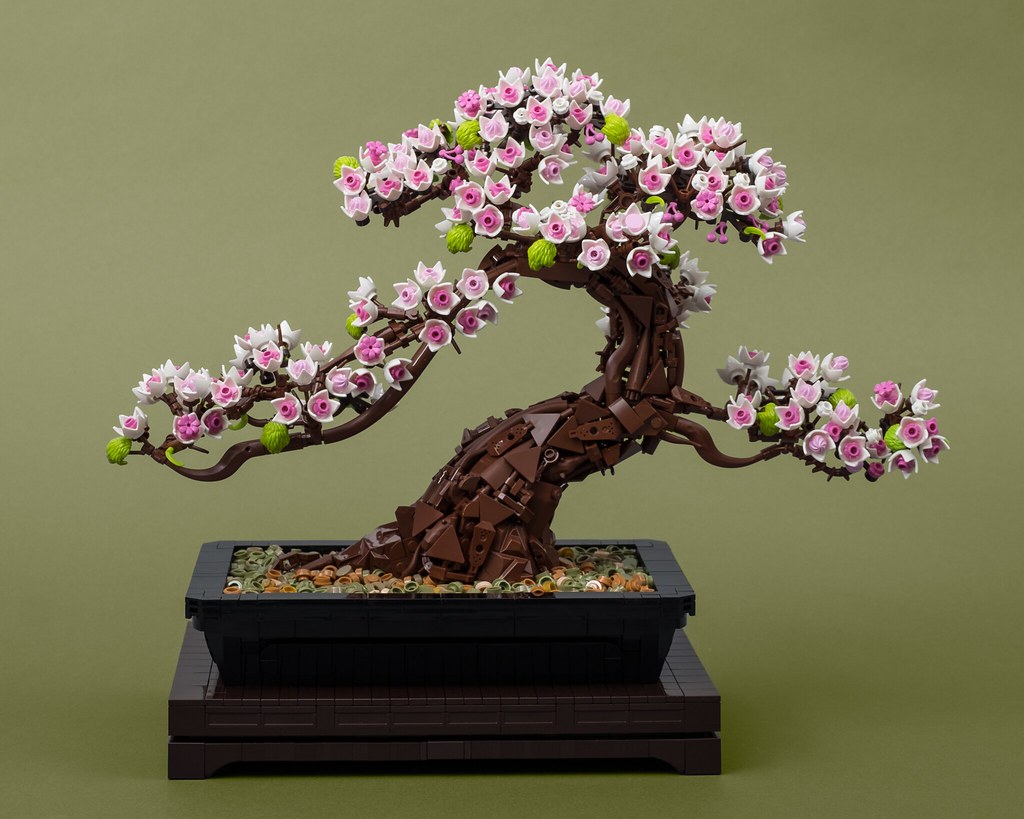 Hermann’s blossom bonsai makes use of some very interesting LEGO elements for a tree build, the trunk includes clipped triangular signs, various blade, tail, and vine elements, rock elements, and even the minifigure snowshoe element all in a brown color scheme. These pieces combined perfectly recreate the undulating trunk of a bonsai tree. The blossoms also utilize a cornucopia of different 1×1 elements including white crowns and flowers as well as tiles, ice cream swirls, cherries, and flower pieces in light to bright pink. Some greenery is also included, this is accomplished using the Joker Collectible Minifigure hairpiece in light green. The potted portion of the model is brick-built using plates, tiles, and bricks in black on top of a brown base fashioned in the same way. Overall Hermann’s model is very detailed, more so than the set released by LEGO, additionally it seems to be larger. So far I have enjoyed seeing these competition entries and look forward to more models to come.