When you’re an up-and-coming builder someone along the way makes it clear that you’re supposed to say and type it as “LEGO” and not “Legos”. It was a LEGO designer who initially made it clear to me. As a seasoned builder and writer for The Brothers Brick, I’m pretty much by now contractually obligated to use the word correctly. However, in a fit of rebellion, I’ll sometimes misuse it for humor’s sake. Legos! See, it’s funny, right? That’s why it’s so refreshing to discover an up-and-coming entity (debuting a few months ago) who goes by the name of LEGOZ ;). The winky face means that he (we think his name is Sean) gets the joke too and what an amazing builder he seems to be! To be clear, this WEGENER Mining Dump Truck is a render created with Bricklink Studio 2.0, and the image was enhanced and edited in Photoshop. However existing parts were used and, as far as I can tell, can be constructed legitimately. I am just enamored with this thing! 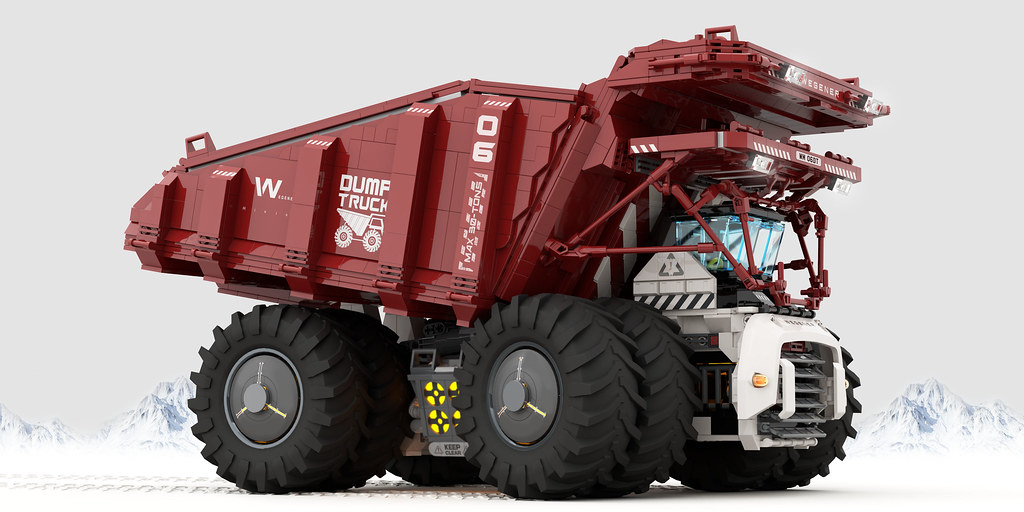