One of the best things about LEGO is the online community, which appears to be ever-growing. I really like discovering new online accounts of fans of LEGO. Yesterday I discovered a new (to me) creator and I would like to share their latest creation with you. Titled “Little cottage in the forest,” it was made by Alex Bromfield, and I have so many nice things to say about it. I like the irregularly shaped base and the use of all the headgear for the cobblestone path. And the cobblestone path isn’t even the only way Alex incorporates headgear. He also uses it to create a bird’s nest and a small bush. On the walls of the Tudor-style house, he used a mix of white, tan, and dark tan bricks to give it a more weathered look, which is further continued by adding tiles, slopes and cheese slopes to the roof. Can you believe that this creator is only 13 years old? I am telling you, this is one to keep an eye on! 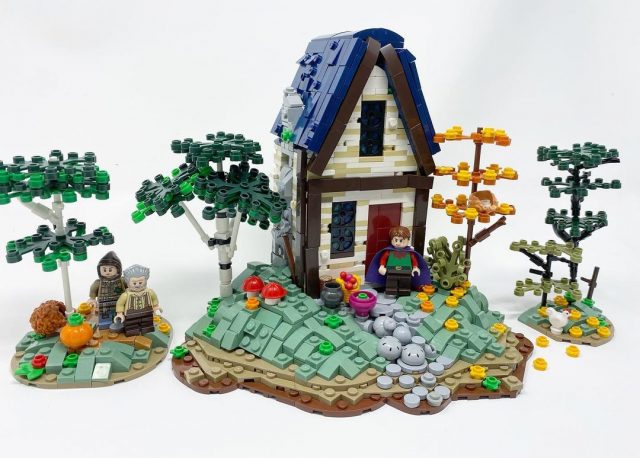