Recently, LEGO revealed a new Technic McLaren Senna set, but rather than make it the same 1:8 scale as the Lamborghini, Bugatti, or Porsche, it’s closer to the Corvette ZR1. This might disappoint some folks, like my brother, an avid collector of the Technic supercars. Not me. I don’t buy Technic sets generally and certainly would never drop $350 on one (or even $50, for that matter); that being said, I do love to look at them. That’s where builders like Jordan Langerak come in. Jordan has crafted a great likeness of the car, with huge intakes, the strange windows in the lower part of the doors, and all the rest. 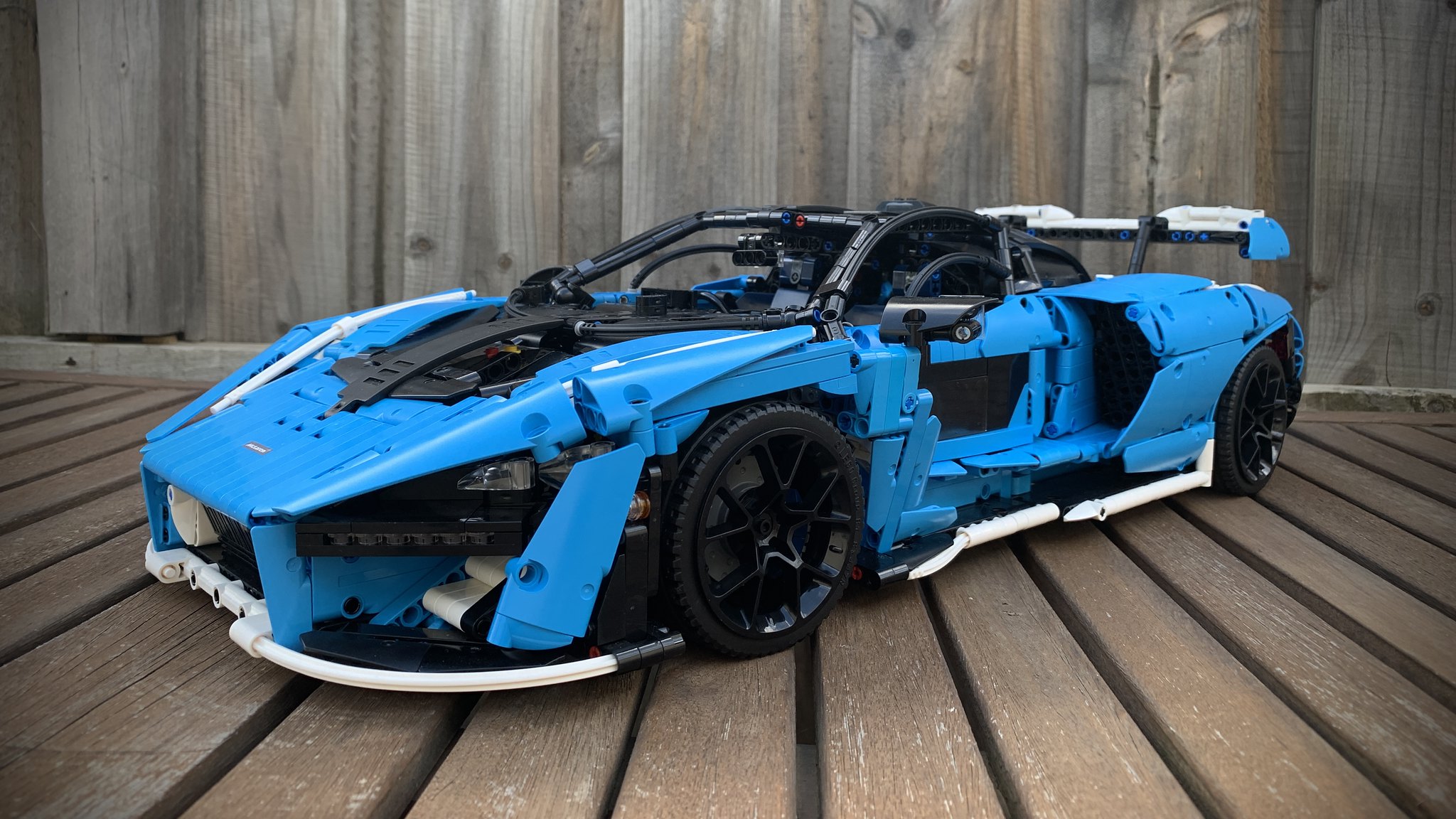 This version blows the pants off the official LEGO set in every way, from size to shaping. It has functional butterfly doors, a 7-speed gearbox, a 4-wheel independent suspension, steering, adjustable wing, and whatever other bells and whistles one would expect from an official set, only it’s a custom creation. It might not be as cool as the tiny, awkwardly proportioned 6-wide Speed Champions Senna (which I do own), but for people who like Technic, it’s pretty neat. Did I mention that this is Jordan’s first custom build? Oh, and there’s a video, too: