When construction began on the Aachen Cathedral around 796, its builders could hardly have imagined that someday it would be translated into a miniature LEGO version. But Jochen Haas done a beautiful job translating the final resting place of Charlemagne into bricks. When I first saw the large dome in the middle, I thought Jochen’s technique of using a series of curved slopes at intervals was an interesting effect, but left it with an unfortunate ribbed look. But apparently I’d forgotten what the real cathedral looks like, because a little quick research shows that the real dome is actually ribbed as well. In fact, the whole model feels as though it could be an official LEGO Architecture set–and if you want to build this one yourself, for once you’re in luck, because Jochen has actually created free instructions, though you’ll need to provide the parts yourself. 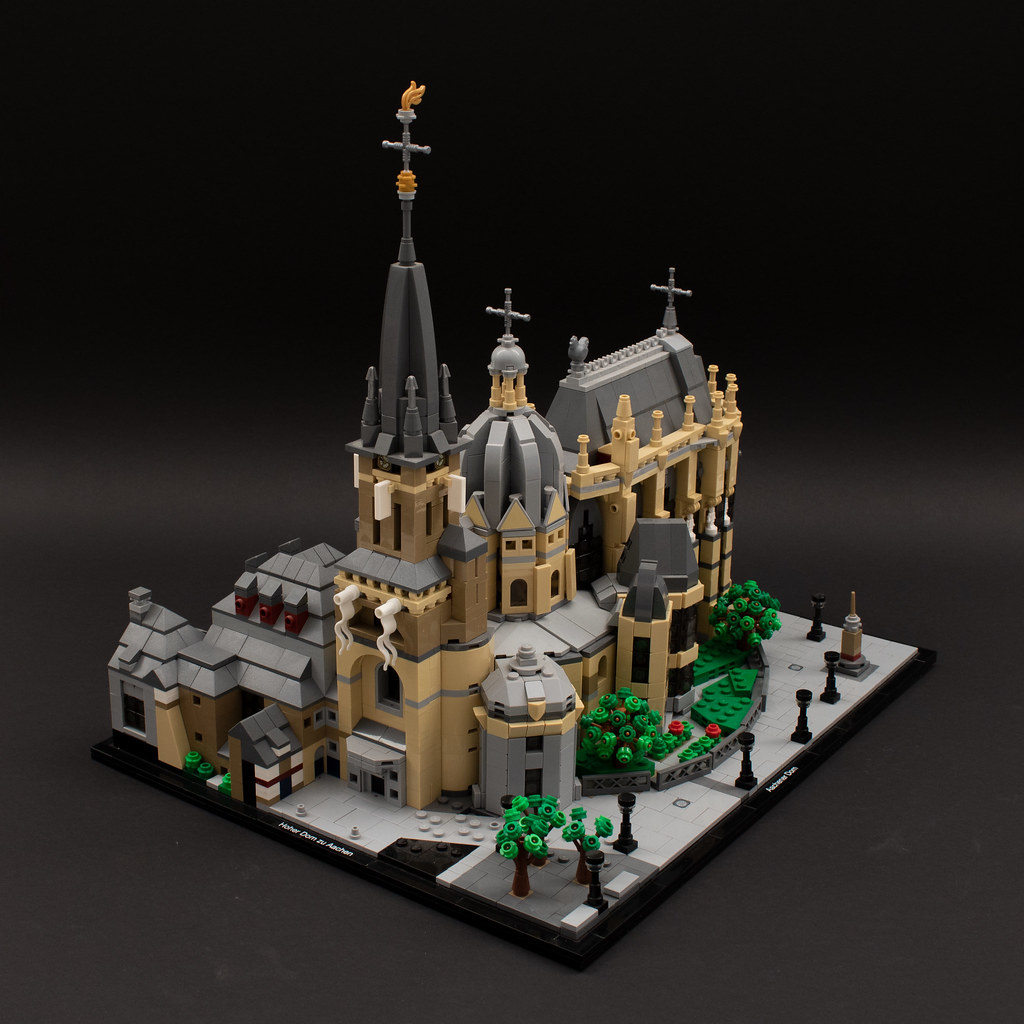