There are few Star Wars vehicles as recognizable as the X-wing — from the distinctive shape of the wings that give it its name, to the long tapered fuselage. This iconic starfighter has inspired many LEGO builders to attempt to capture it in brick, as well as official LEGO sets like 75218 X-wing Starfighter released last year. This model by JJbricks is a fantastic build at minifig scale and has some great details, such as the canopy, resting on an angled frame. The visible grey bits on the inside of the wing are also a nice touch. But some of my favorite parts are the laser cannons. Made with just a few pieces, they very accurately capture their on-screen inspiration. 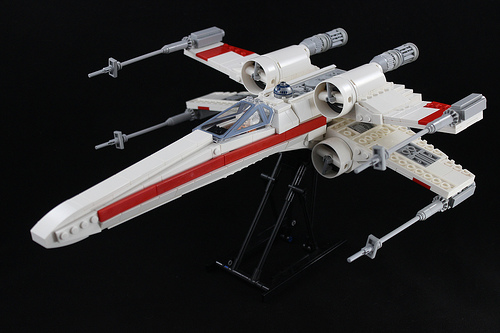 And this rear view shows off a nice bit of greebling within the hexagonal body of the ship. 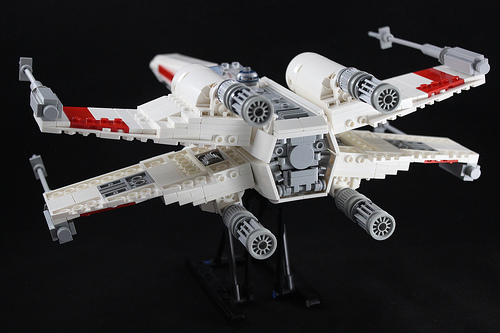