Titled “Manglegongsa Temple”, this LEGO build from Jellyeater1 is multi-layered and expansive. Two buildings are perched on top of a mountain, surrounded by lush vegetation. 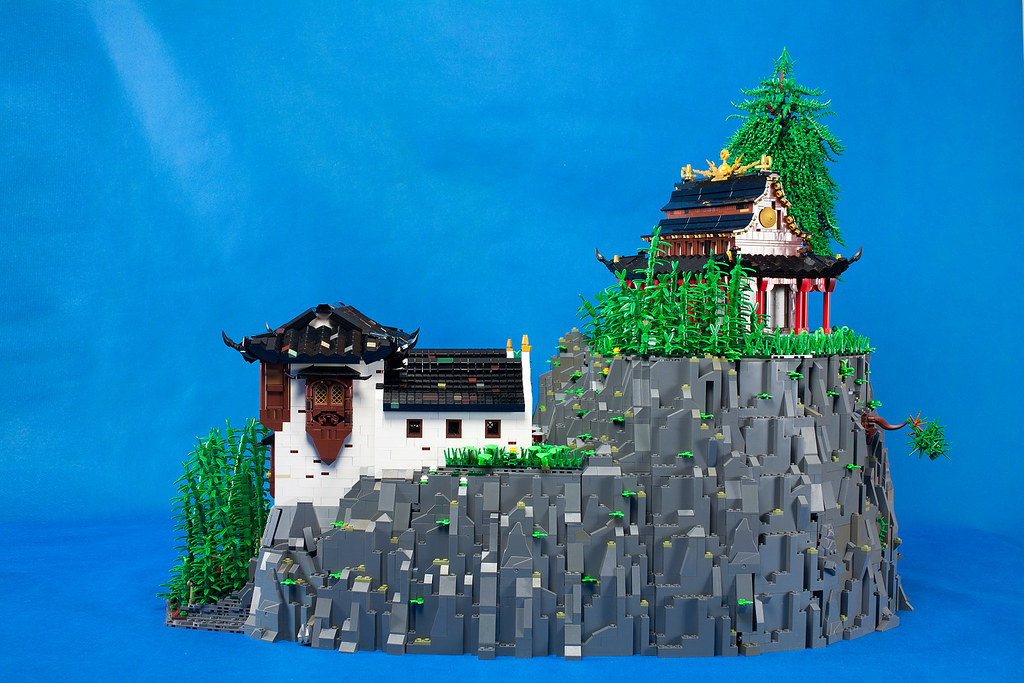 Great care has been put into varying the roofs in this build, from the pockets of colors to the simple black and white design. The use of the gold on the second building is just enough to denote significance without taking away from the rest of the scene. The small courtyard with the tree is a nice, pleasant touch.

END_OF_DOCUMENT_TOKEN_TO_BE_REPLACED

I’ve really been digging buildings built with plate instead of bricks lately. When a builder uses that idea as a starting point, and then adds in other cool details and techniques the way Jellyeater1 has, then we’re usually in store for a pretty cool LEGO creation. 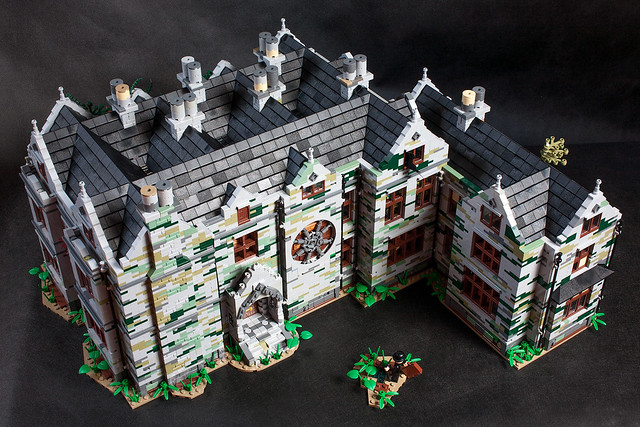 The overall layout of the old mansion is fantastic and the varied brickwork achieved by using plates of six different colours (not to mention the mixed in masonry bricks and round plates) adds an extra level of detail on what might have otherwise been flat walls. Other details abound to solidify the realism of the house: the ornate entryway, the numerous chimneys, and appropriately positioned drainpipes. My personal favourite details are those that give off the look of being abandoned: the boarded-up rose window, drapes flying out of the open windows, the ivy taking over the back wall, or the tree poking through the roof. 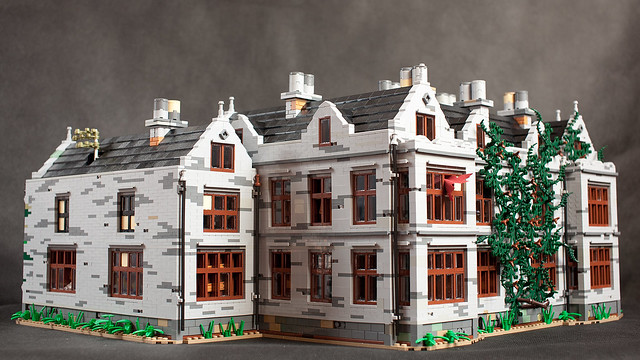