Back in 2004, LEGO released the second Bionicle movie, Bionicle 2: Legends of Metru Nui. The character designs in the film were quite different to the LEGO sets, so it is great to see that ibukkey00 has created this movie-accurate interpretation of the villainous character, Krekka. In the official LEGO set, Krekka had spindly arms with a thick torso, however in this build the proportions of the character are more evenly distributed. The design is reminiscent of a powerful gorilla, conveyed by the broad wrists and wide shoulders. An armour piece perfectly portrays Krekka’s long, pointed face. This is a great model that bridges the gap between the LEGO set and movie version of the character. 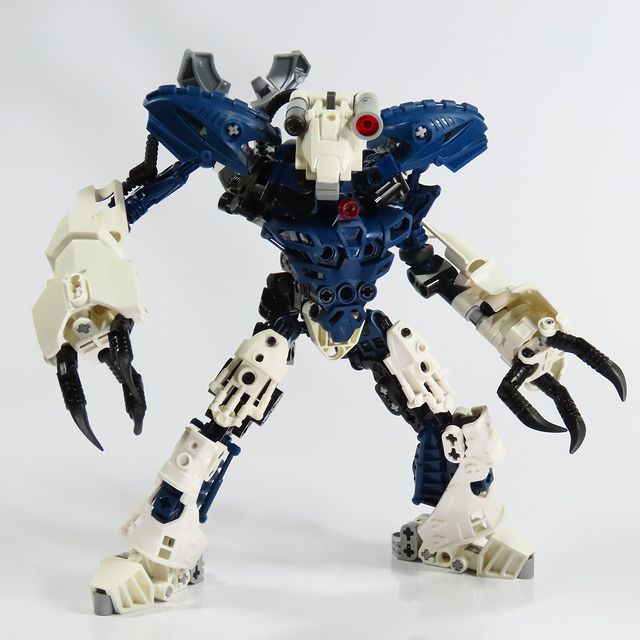