It’s so common anymore to see any owner of a 3D printer making their own large-scale LEGO pieces. But it takes some real skill to make those huge parts using LEGO itself! Just take a look at these jumbo pieces by Flickr master-builder Purplesprout458. I love his daring use of bricks to build up the walls of each model. It’s amazing he was able to achieve that kind of shaping given the limitations of the blocky medium! I mean, those 6×6 studs almost look as round as the real thing! And don’t even get me started on how he managed to source all the yellow brick needed for the giant 1×6 plate. With all the other shades of yellow out there right now, it’s so hard to come by! 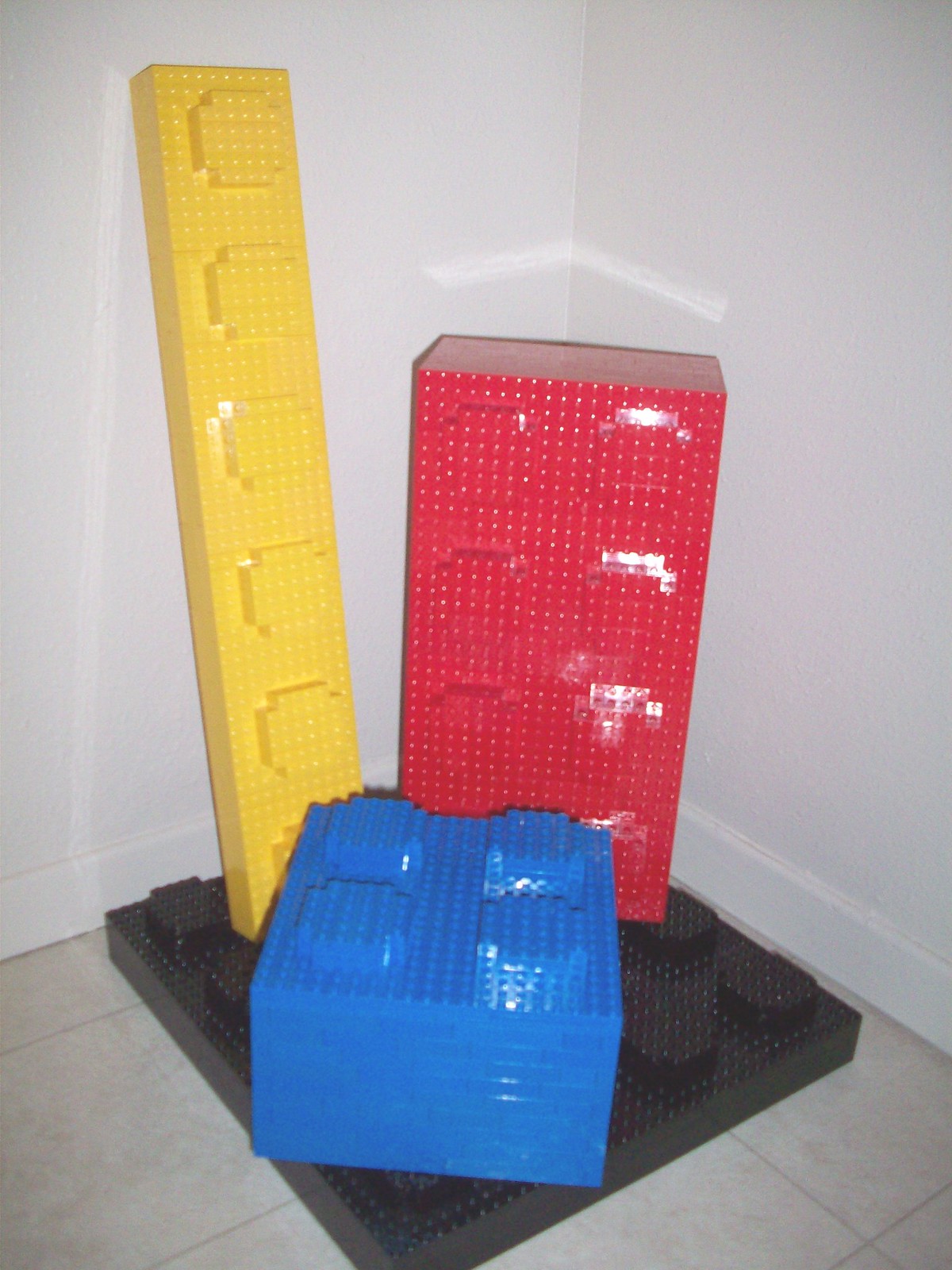 I’d be remiss if I didn’t take a moment to talk about color choice, here. When working on large, single-color LEGO models like this, it’s essential that the shade remain consistent throughout. This is usually a painstaking process, finding those bricks and plates that are the same exact version of red, blue, yellow, and black for each model. In some instances, this can require a builder’s collection to be sorted not only by part and color but also by year of manufacture. Purplesprout has managed to steer clear of the off-color and brittle blue parts from 2007 when making that gorgeous blue brick. And there’s not a printed or stickered piece to be found on that giant 4×4 black plate. All four mammoth blocks are immaculate, and such an excellent display of builder prowess. Well done!