Amusered‘s MF DOOM tribute is the latest creation to pay homage to the fallen rapper/producer. The image of Daniel “METAL FACE DOOM” Dumile’s chrome gladiator mask has been seared in the memories of fans worldwide since 1999. The mask and microphone pictured in amusered’s build are synonymous with DOOM’s persona of the mysterious figure who wielded the mic as his weapon of choice. 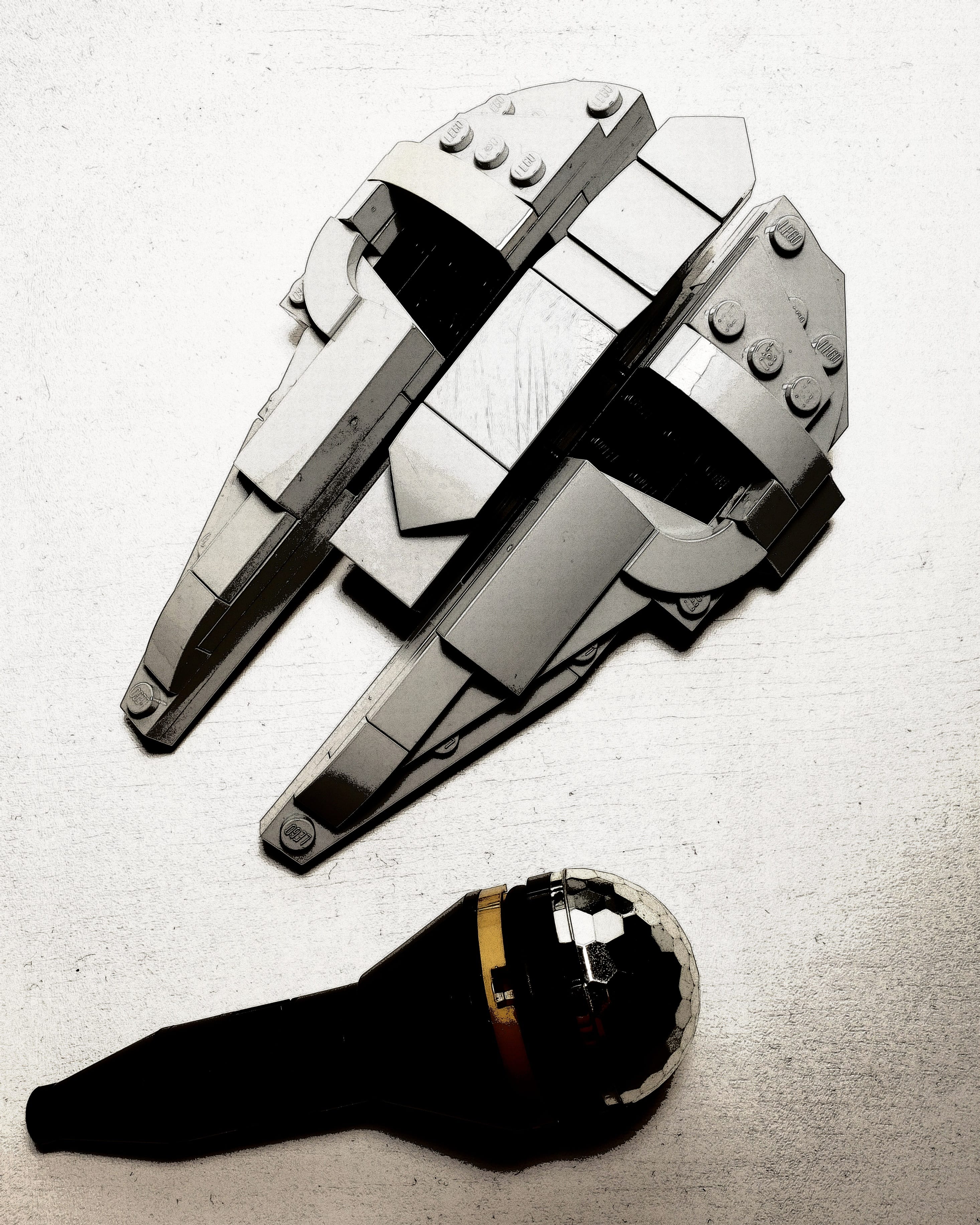 DOOM’s boastful lyrics effortlessly extolled his prowess through a rogue’s gallery of alter egos (f.k.a. Zevlove X, King Geedorah, Viktor Vaughn). At first glance, the tilted angle of the mask resembled the silhouette of the Millennium Falcon. Amusered intended on making DOOM’s mask look like the Star Wars aircraft, according to his Reddit comment. Call it coincidence or fate, but Han Solo’s MF is the bruised and battered “hunk of junk” that is a crown jewel of starships in the same way DOOM’s mask is a treasured symbol of rap history. The scratches on the angled and sloped grey elements have seen some action from spitting rhymes like dimes. To build the black mic’s grille, amusered used the cylinder hemisphere (30208). The disco ball element caps off the build. And just remember, ALL CAPS when you spell the man’s name. RIP MF DOOM.