May the 4th can be an exciting time for Star Wars fans, thanks in part to sales and promotions going on. Unfortunately, this year’s festivities have taken on a somber note because, on April 30th, the 7’3″ (2.21m) Chewbacca actor Peter Mayhew died at age 74. With only barks, grunts and growls, the occasionally belligerent but always lovable Chewbacca became a pop culture icon. Kale Frost built this heartfelt tribute to Chewbacca and the towering British-born actor who donned the iconic fur costume to play him. With tools in hand, his back to the viewer and facing a bright light, this composition conveys the message nicely. 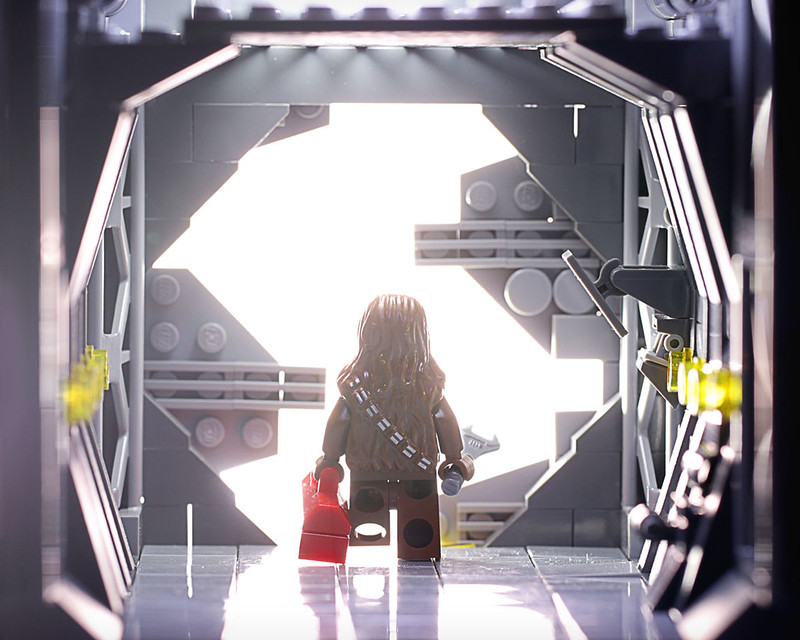 Peter Mayhew had a form of gigantism that can cause crippling joint pain and poor blood circulation. In 2011 he and his wife Angie started the Peter Mayhew Foundation, a nonprofit organization devoted to the alleviation of disease, pain, suffering, and the financial toll brought on by life’s traumatic events. Harrison Ford, who played Han Solo, said that Mr. Mayhew was “a kind and gentle man, possessed of great dignity and noble character.” In a statement, George Lucas said of him, “He was the closest any human being could be to a Wookiee: big heart, gentle nature.”