Stocks and cryptocurrency are hot topics these days. I know almost nothing about both but have been somewhat keeping up with the discussions of such in the news. Recently an alternative to bitcoin has been released – the “dogecoin,” which is a type of cryptocurrency featuring the hilariously cute face of the Shiba Inu dog from the “Doge” meme. Builder Julius von Brunk, presents a rich LEGO homage to this fun and new form of crypto. 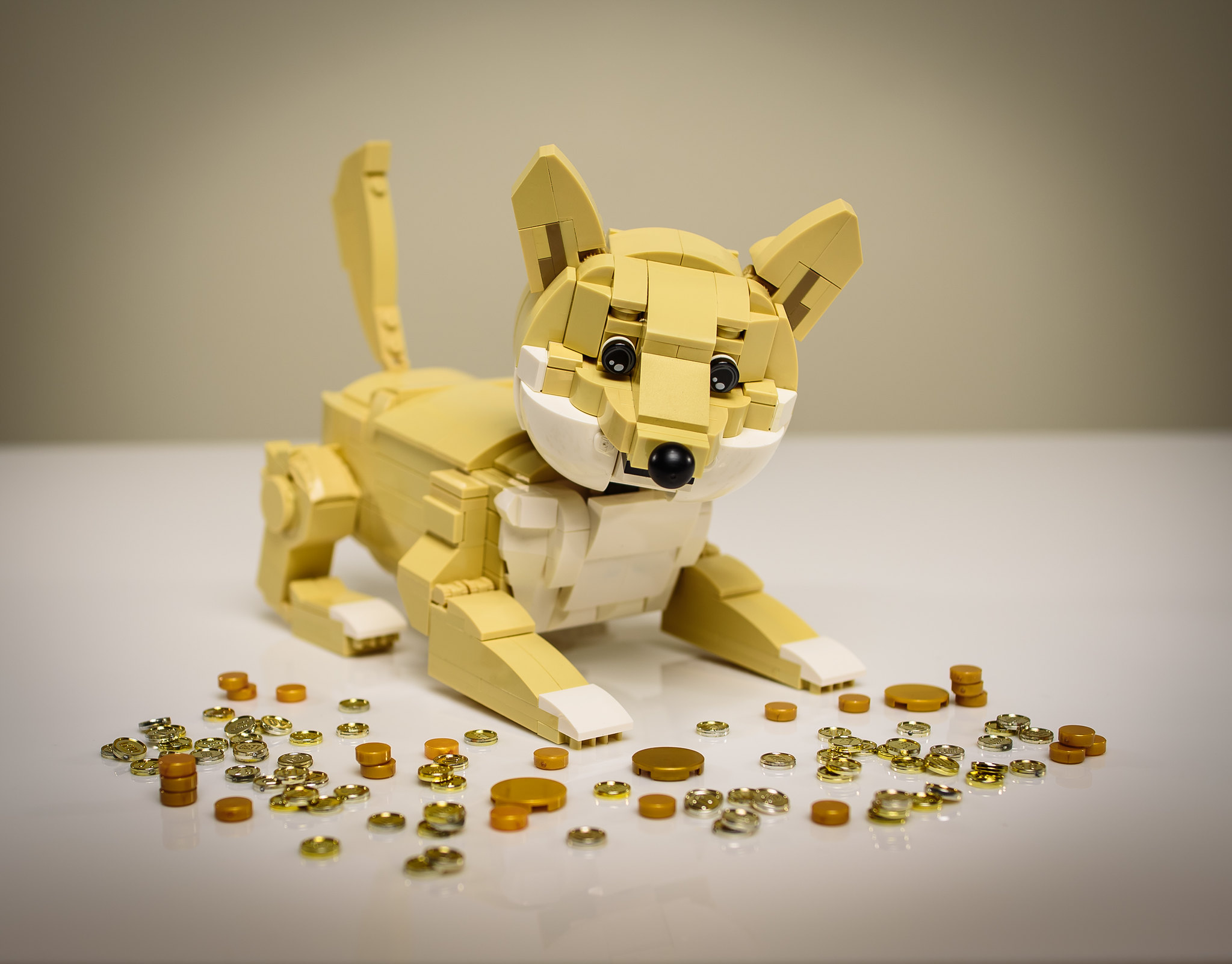 This brick-built good boy is raking in some of the best coinage LEGO has to offer, including the original LEGO coin element and some pearl gold 1×1 and 2×2 tiles. Mr. Doge himself is fashioned out of many different kinds of slopes, bricks, and tiles in tan and white colors, with his adorable black nose rendered by a black technic ball joint. I’d say this model was well worth von Brunk’s time and efforts.