Joe Biden was inaugurated as the US’s 46th president this week and while that was a pivotal moment, it wasn’t all about “Uncle Joe”. Bernie Sanders was in attendance and, regardless of where you stand politically, you can’t help but chuckle at the flood of memes that came out in quick succession. All of them feature Bernie Sanders in this specific pose with his loafers, coat and mittens, photoshopped sitting everywhere from the moon to the set of Game of Thrones to among the cast of The Breakfast Club. Our Brothers Brick alumni Iain Heath has his finger on the pulse of what is hot at the moment and quickly bangs out this LEGO tribute to the Vermont senator. Despite your valued and insightful opinions on the matter, Iain isn’t afraid to go there. And if it’ll get a few laughs and likes, neither are we. 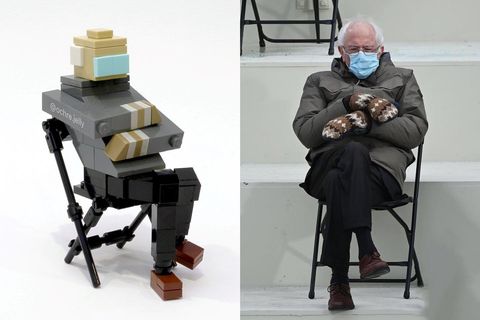