Last month, fans of LEGO were invited to vote on one of three titles for the next book the company will publish. The votes are in, and “The Secret Life of LEGO Bricks” took the top spot. The book is targeted at Adult Fans of LEGO (AFOLs) and will be published by the LEGO Group’s publishing partners Unbound and AMEET. The book will be crowdfunded starting today with expected availability in Spring 2022. 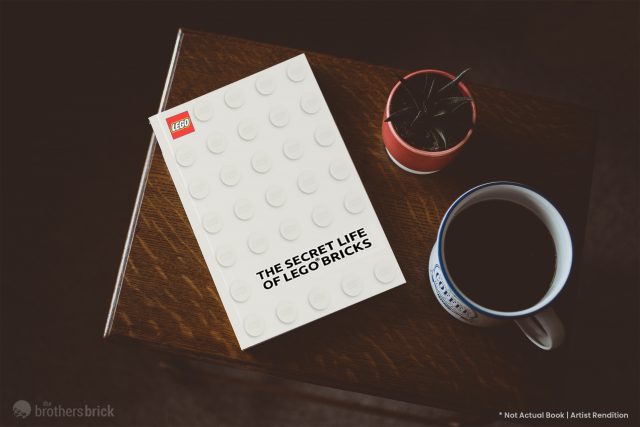 “The Secret Life of LEGO Bricks” will feature interviews with the designers, managers and technicians who brought them to life. The book will be written by Daniel Konstanski, the US Editor for Blocks Magazine. Of note, the press release also mentions rewards for crowdfunding backers including a print of the original LEGO wooden duck and several retired LEGO sets with specifics to be revealed soon.

END_OF_DOCUMENT_TOKEN_TO_BE_REPLACED

LEGO Publishing has announced a fan vote that will determine the direction of the next book they will publish. Fans can vote on LEGO Ideas to choose one of three following titles: “The LEGO Brick Museum,” “The Secret Life of Bricks,” and “LEGO History in 100 Bricks.” 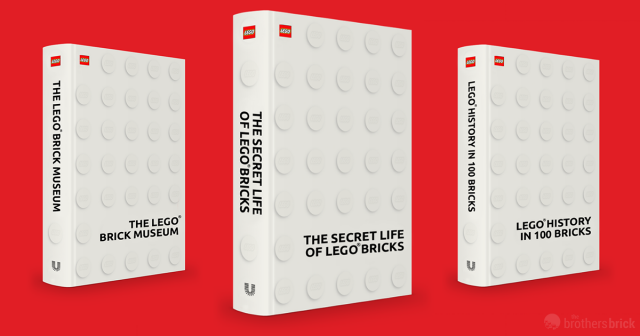 The winning book will be written by Daniel Konstanski, editor of the Blocks magazine. Voting ends on Sunday, August 9th at 7 am PT. More information is included in the press release below.

END_OF_DOCUMENT_TOKEN_TO_BE_REPLACED

BrickCon today announced that its 2020 convention in October will be moving from the Space Needle to cyberspace. BrickCon is TBB’s “home convention” that usually gathers hundreds of talented LEGO builders in Seattle to exhibit their creations and meet fellow AFOLs (adult fans of LEGO) from around the world. As you might expect due to the current state of the pandemic, a gathering of 500 attendees with more than 10,000 people from the general public isn’t feasible, so BrickCon organizers are translating the full convention to an online format. 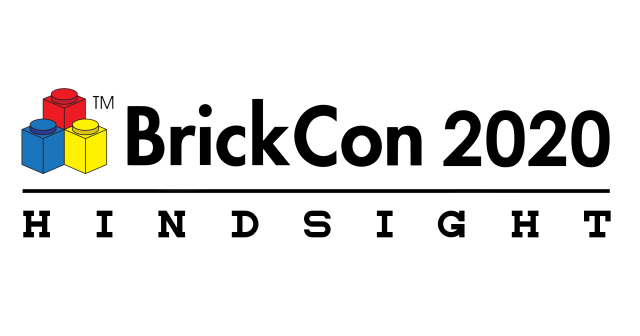 BrickCon 2020 will be held online Oct. 2 – 4 with builder registration opening on Aug. 1st. The convention will feature a keynote, online MOC exhibition, building awards including Best of Show and People’s Choice, games, prizes, workshops, social events, and a virtual marketplace for LEGO-related vendors. The convention will also offer registered builders “BrickCon Bundles” for purchase that include mailed swag like exclusive t-shirts, engraved bricks, a custom LEGO kit, activities and “other surprises.”

For this year’s exhibition, BrickCon 2020 will also accept photorealistic renders of LEGO creations since the online format is capable of showcasing them well. An online convention also means that adult builders from anywhere across the globe can attend BrickCon 2020 at home without traveling. With everything going on in the world, The Brothers Brick is excited to see our fellow builders online at BrickCon 2020 in October!

The full BrickCon 2020 announcement, registration details, and contact information are included below.

END_OF_DOCUMENT_TOKEN_TO_BE_REPLACED

Julia Goldin, Chief Marketing Officer of LEGO, sent a message to LEGO fans and communities thanking them for their creativity during difficult times. In her message, she reflected on the tough global situation and shared some thoughts about how important the AFOL (Adult Fan of LEGO) community is to her. 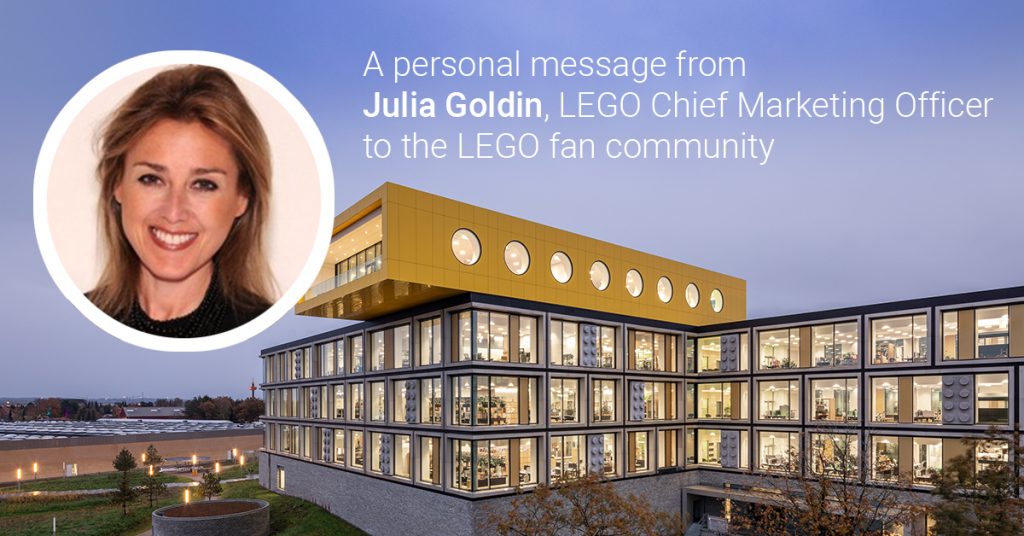 You can watch the video message and read a complete transcript below.

END_OF_DOCUMENT_TOKEN_TO_BE_REPLACED

Little more than a week ago, I had the pleasure of attending Bricktastic, in Manchester, England. It is a somewhat different kind of event than ones I’ve attended before: not organised by a regular LEGO Users Group or with a commercial goal, but run by and on behalf of Fairy Bricks. This is a UK Charity that donates LEGO to children in hospitals.

Bricktastic was a two-day public event, that attracted LEGO builders from all over the UK, as well as sizeable contingent from Ireland and small numbers of builders from other countries, including Portugal, Italy and the Netherlands. UK professional LEGO building company Bright Bricks are one of the sponsors of the event and they brought along a collection of “Mythical Beasts” including a stunning seven-headed hydra built using roughly 200,000 bricks, that greeted visitors near the entrance and surely was one of the highlights of the show. During set-up I got to whack some bits of the hydra into place with a mallet, which is certainly not a sentence I ever expected to write. 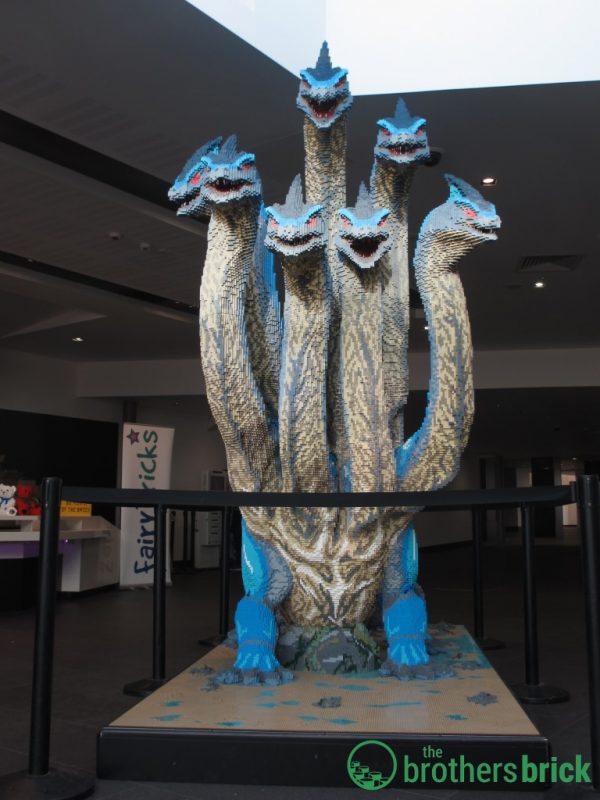 Bricktastic ticked all the boxes. The quality of the models on display was fantastic. Noteworthy is also that the exhibition room, at Manchester Central, was very nice: it was carpeted and surrounded by curtains. Because of this, the atmosphere was a lot cosier and quieter than is common in exhibition halls. Such a detail may seem unimportant, but imagine spending two days in a bare concrete box with harsh strip lighting and hundreds of excited children. That’s what you normally get an an exhibition hall. The public were wonderful. We didn’t even need barriers to protect the displays, which meant that everybody got a good view of the models and which made it easier to talk to people. The children could get creative themselves using large play areas. Fairy Bricks arranged the hotel for the exhibitors and organised a social program for both the Friday and Saturday evenings. Everyone seemed to have a great time and the proceedings went to a good cause. What more could you want?

END_OF_DOCUMENT_TOKEN_TO_BE_REPLACED

Did you know that LEGO finally stopped making wooden toys in 1960 when the wooden toy warehouse burned down? What year did LEGO release its first minifigure? When did From Bricks to Bothans start? What in the sacred name of Ole Kirk Christiansen was Galidor? If you’ve ever wanted answers to these and other key questions of 20th-century and early 21st-century world history, you need look no further than The Brothers Brick’s new history of LEGO & the LEGO fan community page. 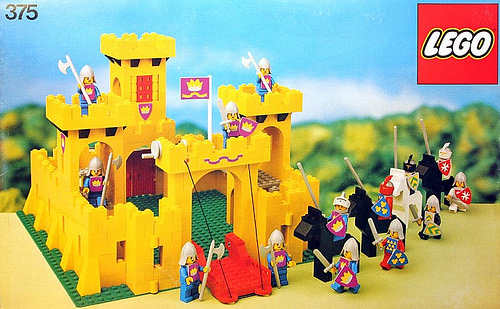 The page starts in 1932 and is up to date through the end of 2016, though we’re confident that there are a lot of important dates and events we’ve missed along the way. We’ll be adding more information based on your feedback and as we uncover more sources like Dave Eaton‘s “AFOL History Project.”

We’ve also updated and expanded our LEGO dictionary of AFOL jargon, with double the entries of the previous version, including entries for the commonly used names for lots of parts and building techniques.