The newest LEGO Super Mario set has been released: The Mighty Bowser. The set containing 2,807 pieces features the King of the Koopas in his largest scale yet. 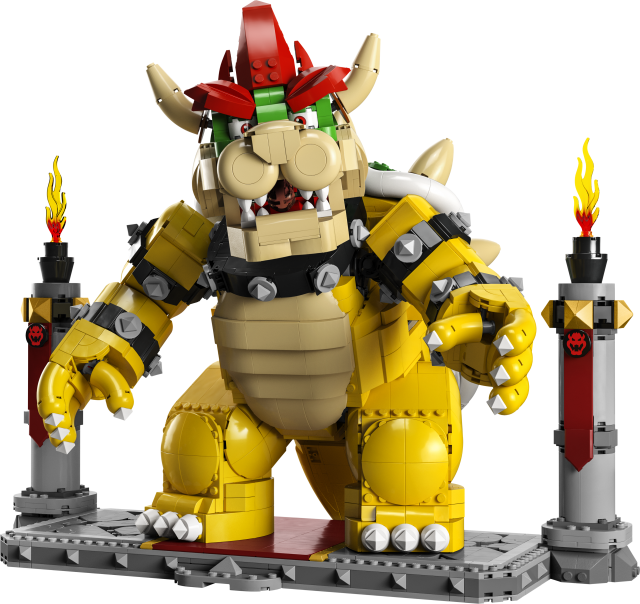 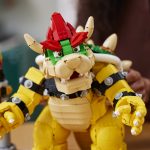 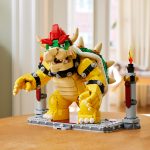 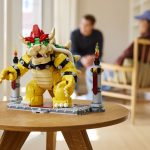 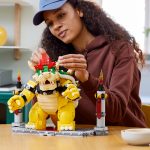 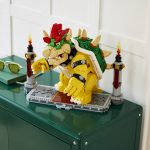 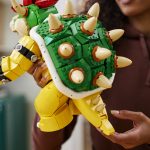 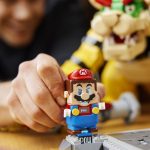 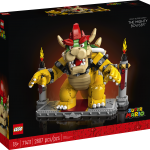 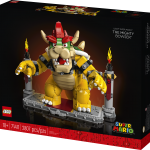 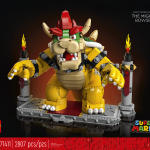 The LEGO Group reveals LEGO Super Mario’s largest build yet: The Mighty Bowser makes his ferocious debut. New building kit for adults will be available to purchase on October 1st, 2022.

Billund, July 7th, 2022: Today, the LEGO Group has announced the latest addition to the LEGO® Super Mario™ Adult product line: the biggest LEGO Bowser to date, built from an incredible 2,807 pieces. LEGO® Super Mario™ The Mighty Bowser™ building kit is a highly detailed recreation of the King of the Koopas, complete with controllable movements and the ability to launch a fireball, reflective of Bowser’s huge and powerful features.

The set is the latest product from the unique LEGO and Nintendo partnership, which first launched in 2020. The Adult line incorporates a range of Super Mario-themed building kits, each designed to evoke nostalgia from LEGO fans who remember Mario as an intrinsic part of their childhood. Previous products include a buildable LEGO® Nintendo Entertainment System™ (NES) and the iconic ‘?’ Block with levels from the Super Mario™ 64 game inside. The LEGO Bowser figure, part of the ‘Adults Welcome’ series, has been long-awaited by Adult Fans of LEGO (AFOLs) who want to challenge themselves with a detailed set that will truly bring back fond memories of the past.

Whether fans are buying LEGO Super Mario The Mighty Bowser for build, play or display, the moveable figure will use newly designed elements to recreate the look of Bowser’s spikes. As well as having a fireball launcher and a button to control Bowser’s head and neck movements, his mouth, arms, legs, and tail will be movable too, so fans can replicate the fearsome nature of the Koopa King that they know and love.

The Mighty Bowser, in true LEGO Super Mario style, also has an interactive element. Fans that own a LEGO Super Mario Starter Course can choose to battle Bowser against LEGO Mario, Luigi or Peach, allowing for truly immersive and digitally enhanced play. But watch out – Bowser is armed with a fireball and isn’t afraid to fight back!

“Adding LEGO Super Mario The Mighty Bowser really is a blast from the past for many Adult Fans of LEGO (AFOLs). He might be the big boss, but he still brings back a warm feeling of nostalgia to adult Super Mario fans worldwide. Just as defeating Bowser was always the ultimate challenge in the Super Mario games, here we’re challenging fans to build the King of the Koopas from nearly 3,000 pieces. We know they’re up to the task and will be chomping at the bit to get their hands on this great new addition to the Super Mario line.”

All Starter Courses, Expansion Sets and Character Packs in the LEGO Super Mario universe offer fans limitless ways to expand, rebuild, customize, and create their own action-packed challenges and enjoy lots of creative fun in a highly interactive experience.

The brand-new LEGO® Super Mario™ The Mighty Bowser™ is for sale from October 1st, 2022 on www.LEGO.com and from select leading retailers around the world. The recommended retail price for The Mighty Bowser is 269.99 EUR/269.99 USD.

The news was also shared in a video posted by the LEGO Group earlier today.