One of the key design elements of the Star Wars universe is its ‘lived-in universe’ feel. A consequence of that is that some of the ships can sometimes look a bit drab in their greys and blacks. Joey Klusnick has seen fit to remedy that with a ship designed to fit in the Star Wars galaxy, but with a colourful twist! The bright yellowish-orange paintwork, alongside the purple canopy, really makes this little spacecraft pop. There are some design cues taken from elsewhere in the galaxy far, far away. The unique, asymmetrical shape reminds me a bit of a B-wing, while the smaller engine ports follow the same Incom design used on the X-wing or U-wing. There is just about enough grey and battle damage (created with stickers) to keep that signature used feel. It even comes with a few play features – the cannons on the end can rotate on their axis, and the Astromech’s port actually opens rather than being an empty 2×4 hole! 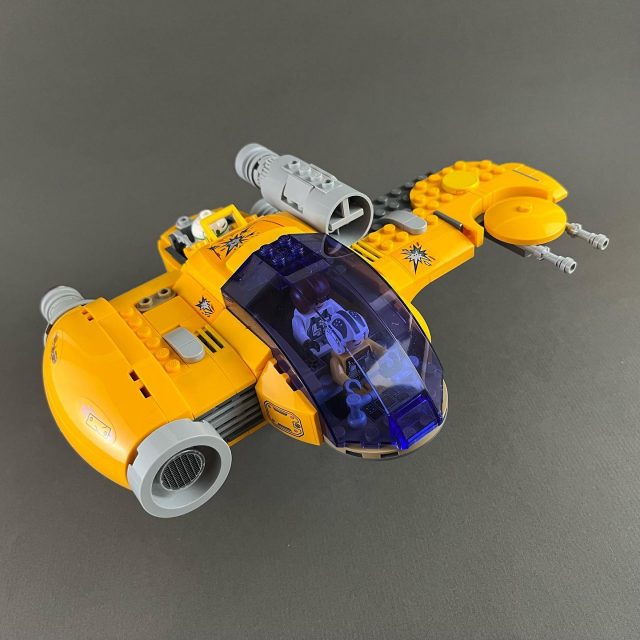