I might have a soft spot for Disney characters built with LEGO. This white rabbit from Alice in Wonderland by Versteinert. He serves as the Queen of Hearts’ royal herald, an obligation to which he is often late. To help him with his busy schedule he carries around a big pocket watch to keep track of time. In this creation, there are a lot of food parts involved. The ears of the rabbit are made using white bananas. For the hairy cheeks, croissants were used and the trousers incorporate two dark tan pumpkins. 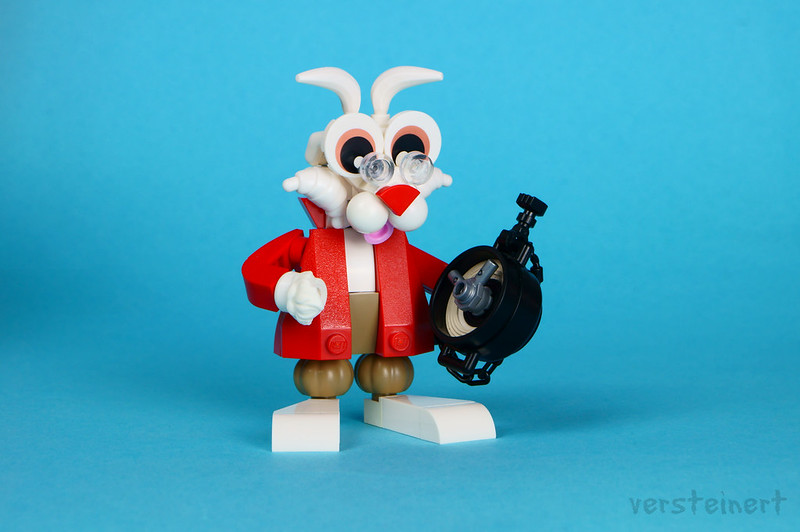 I tried zooming in on the face to get a more clear picture of how it is constructed but unfortunately, I just can’t figure out whether it is construction, friction, or gravity. Maybe it is a combination of all of the above. For the pocket watch, Versteintert stayed in the food theme. The base of the watch is a big Fabuland pot. Which to me is quite humorous as Fabuland was also filled with cute anthropomorphic animals.