It can be a challenge to recreate the curvaceous, flowing lines of modern cars in LEGO’s angular format. The G Brix clearly enjoys a challenge, and if that wasn’t enough he’s chosen one of the prettiest cars to come out in recent years. No pressure, then! Luckily for us, they are a very talented builder, as evidenced by this Alfa Romeo Giulia GTAm. The car is built to the same 8-wide standard as current Speed Champions sets, although with slightly more detail than might be expected from the official LEGO kits. Before we get to that, though… Let’s appreciate just how gorgeous this car is: 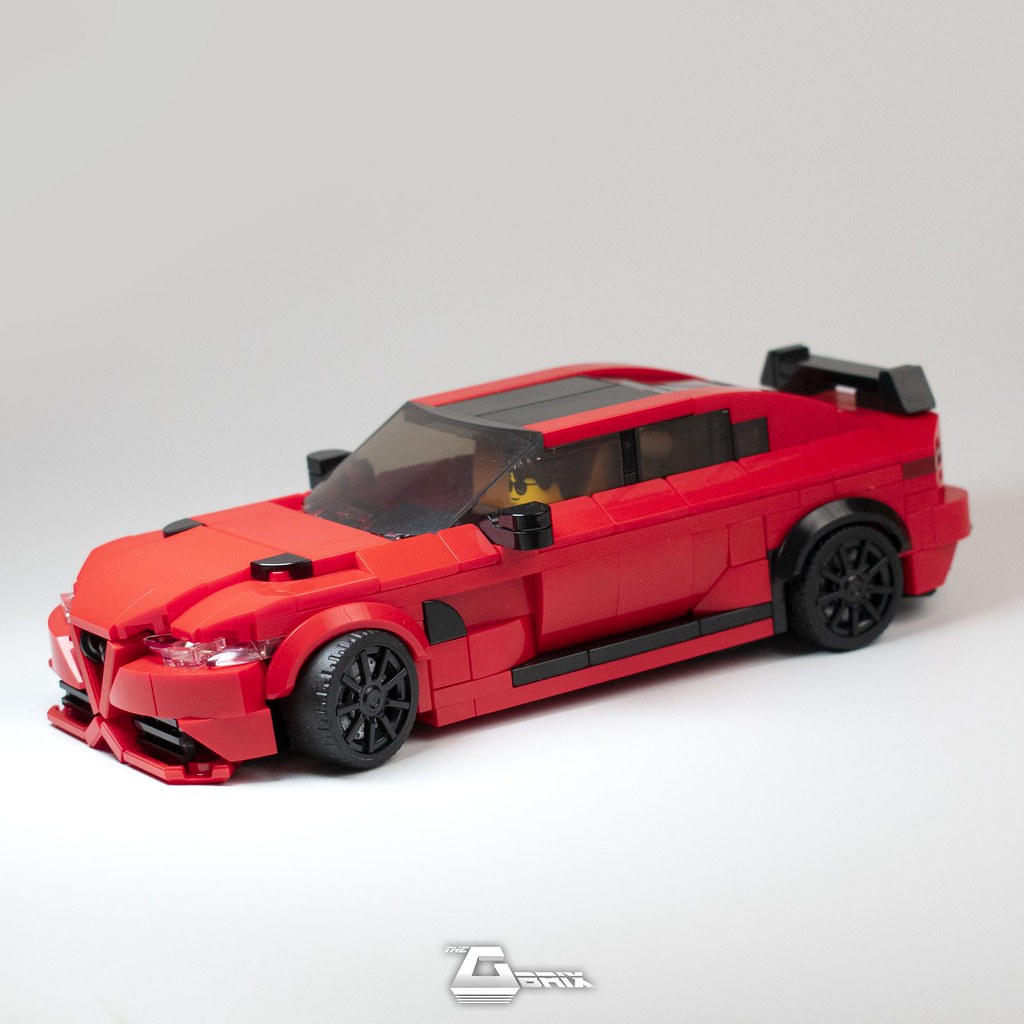 This Alfa is actually an update of a creation that was first posted last year, itself a very nice build. One of the big changes in this version is that G Brix has added a fully detailed 2.9l V6 engine under the bonnet, which looks superb. This view also shows off what I think is the best feature of this model, and that’s the front grille. Since humans tend to see faces in things such as car grilles, getting this right in a LEGO facsimile will really elevate a model. Needless to say, G Brix has absolutely nailed it here. The tooth plates and curved wedges, along with those angles, combine to make this one of the most accurate LEGO front ends I’ve ever seen! 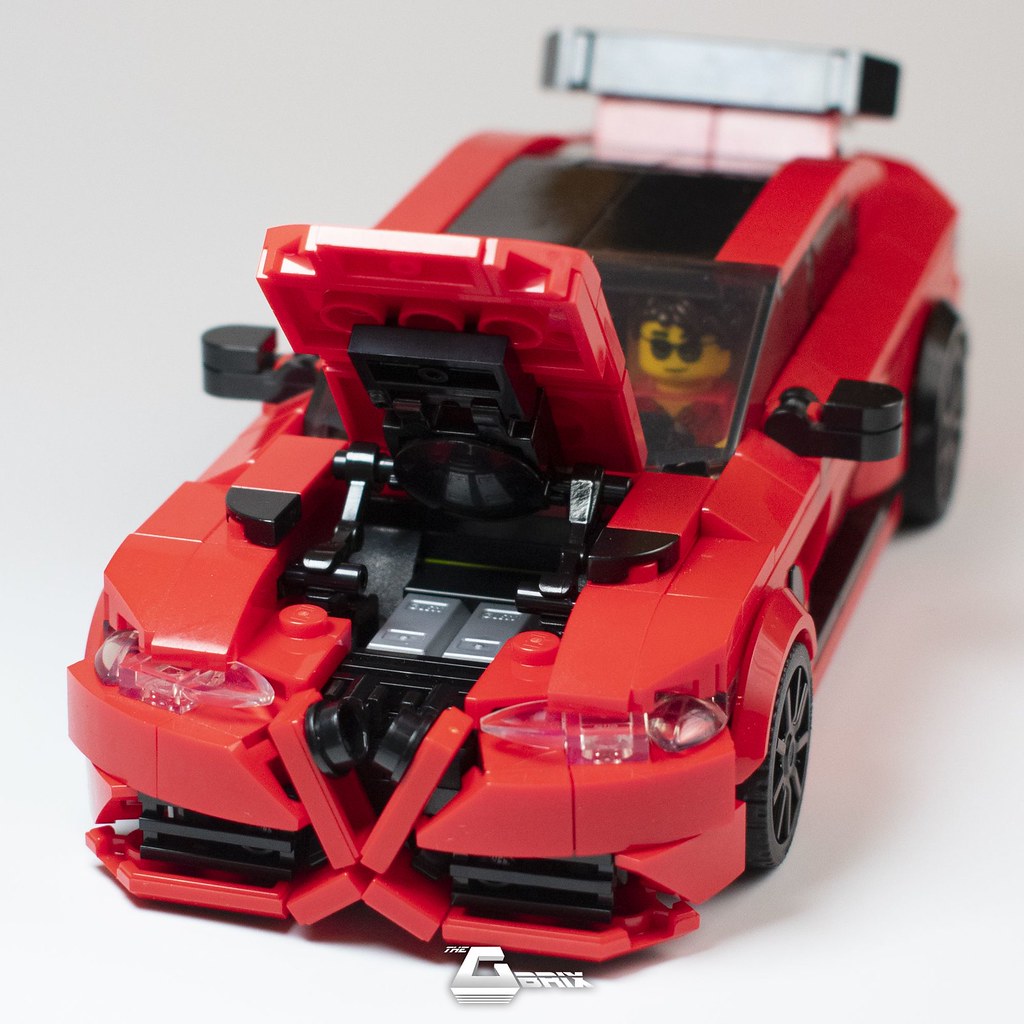 Making good use of space is a bit of a theme with this model – the boot opens as well as the bonnet, to provide space for your luggage. The interior of the car is all there, with all four seats and a fully kitted-out dashboard. The rear of the car looks almost as good as the front: we’ve already established that twin exhausts look cool, but with a diffuser in there as well? *chef’s kiss!* 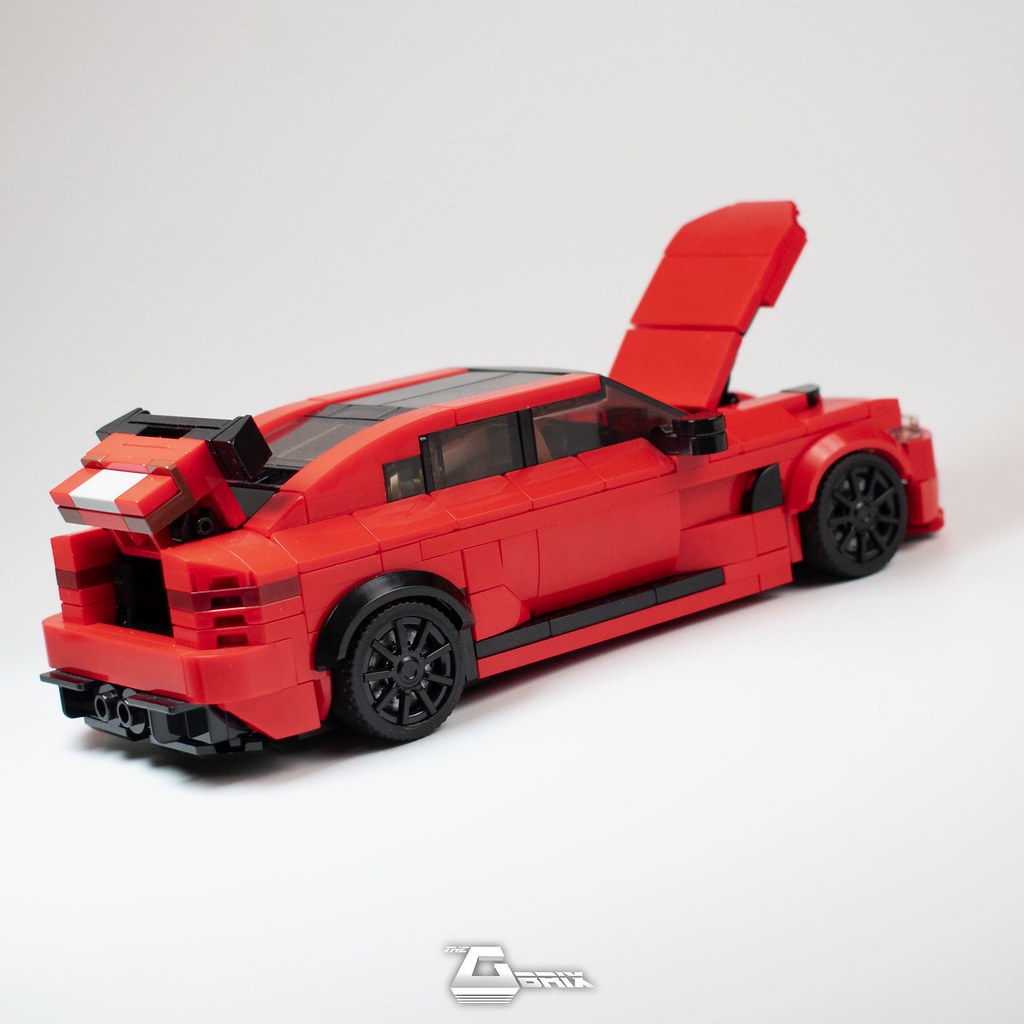