Simulterious captures some incredible action in his latest LEGO build depicting Ragnarok, the Norse end of days before all is built anew. Speaking of building, there’s fantastic construction on display within this scene! Simulterious has captured some naturalistic movement in the coiled sand green sea serpent, as it rears in readiness to strike the longboat and its remaining inhabitant. The curved tiles add a nice smooth line to the Serpent, with the plate with holder adding subtle detail to the spine and leading to a well executed brick-built head and crest. 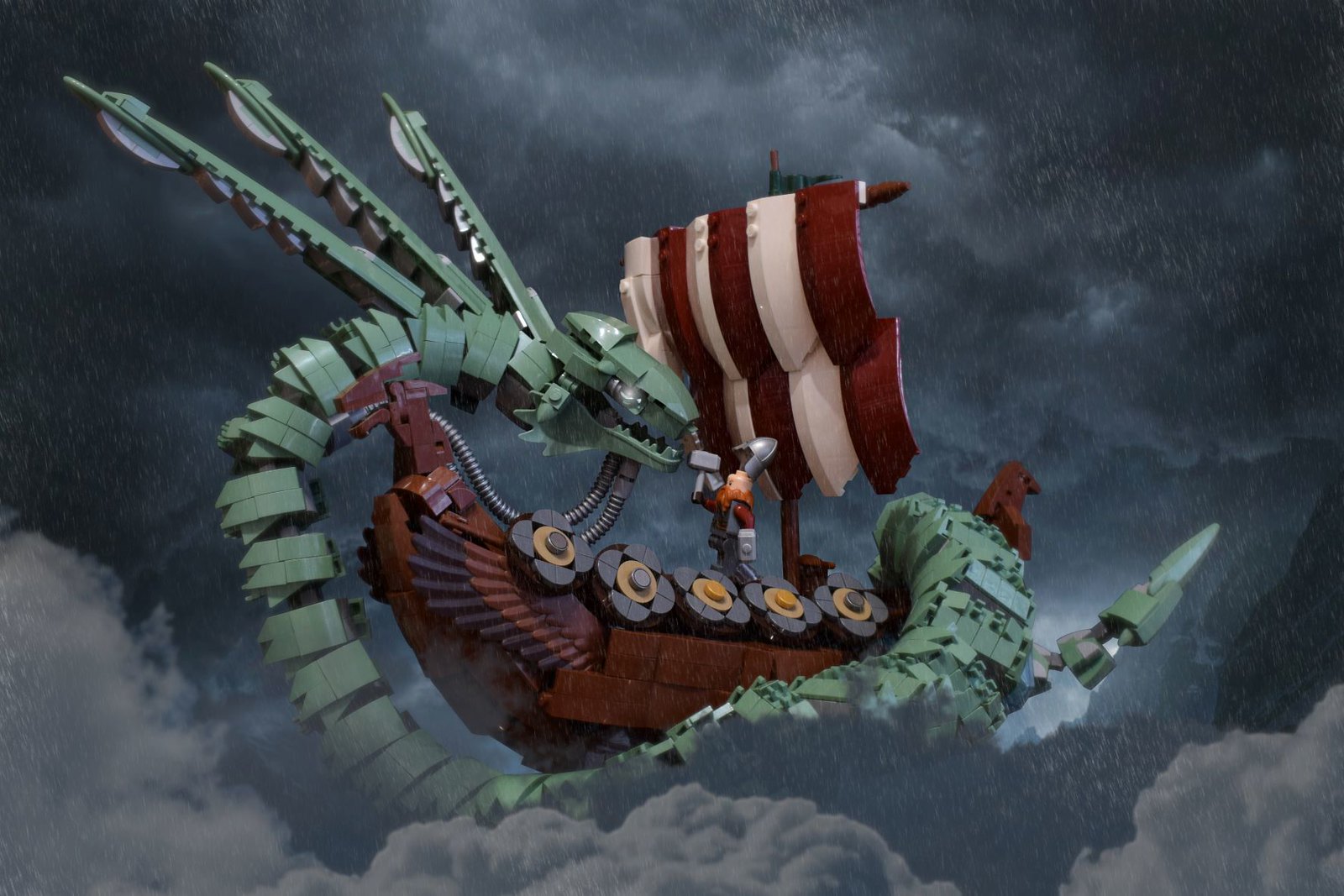 The longboat itself is well engineered, and I love the use of a wing piece to shape the front of the vessel. The feathers work effortlessly as layered planks on the ship’s prow, leading up to the brick-built carved head of the vessel. The shields that line the side of the ship add a nice detail too, formed from tiles. The sail, made from shell pieces, looks as if it’s catching a last great gust of wind.

Its a good time to be a Viking longboat fan!