Continuing his line of midi-scale LEGO Star Wars ships, FlyInSpace has built an Omicron-class attack shuttle. Specifically, it’s the Havoc Marauder – the flagship and mobile base of Clone Force 99, the Bad Batch, which LEGO also released as an official set, 75314 Bad Batch Attack Shuttle. There is nothing Bad about this fan-built model though! A singular wedge element is used upside down for the angular cockpit, and it’s the perfect piece for it. There’s some great texturing in the wings and body of the ship as well, with ski poles, ingots and roller skates used to give some added detail at this small scale. The edges of the solar panel wings are very well done with clips and bars (albeit with some fragile-looking connections). Perhaps that’s why Wrecker needs to be so careful with it! 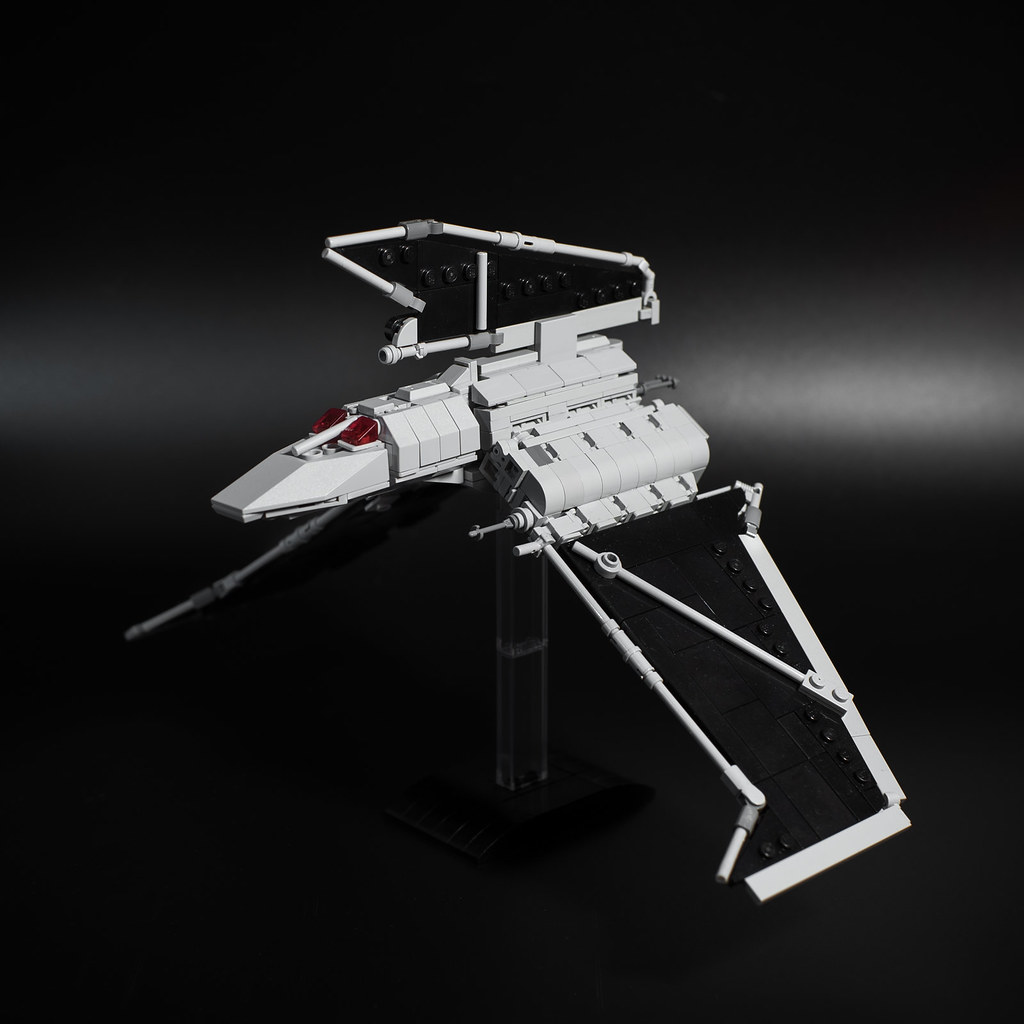