The next LEGO build from Thorsten Bonsch in this The Lord of the Rings vignette series is here! Hamfast Gamgee, the father of the hero Samwise Gamgee, receives a peculiar traveler. Frodo and Pippin learn of this event shortly after their own frightful encounter with a Ringwraith. Sam tells the tale of his gaffer’s visitor and the feeling of dread his father felt. Here, Thorsten paints the scene with greater detail than Sam in his own telling. Check out that thatch work on the roof of the hobbit home! The layering of grille tiles gives the roof a wonderful straw-like texture. Minifigure hands and droid arms stand in for disheveled bits of straw sticking out at the ends. This is a delight to see rendered in LEGO, as some thatch work can look too tidy without it. Another example of great texture layering is the plates and tiles making up the brickwork in the house’s structure. Also, be sure to check out that wheelbarrow! 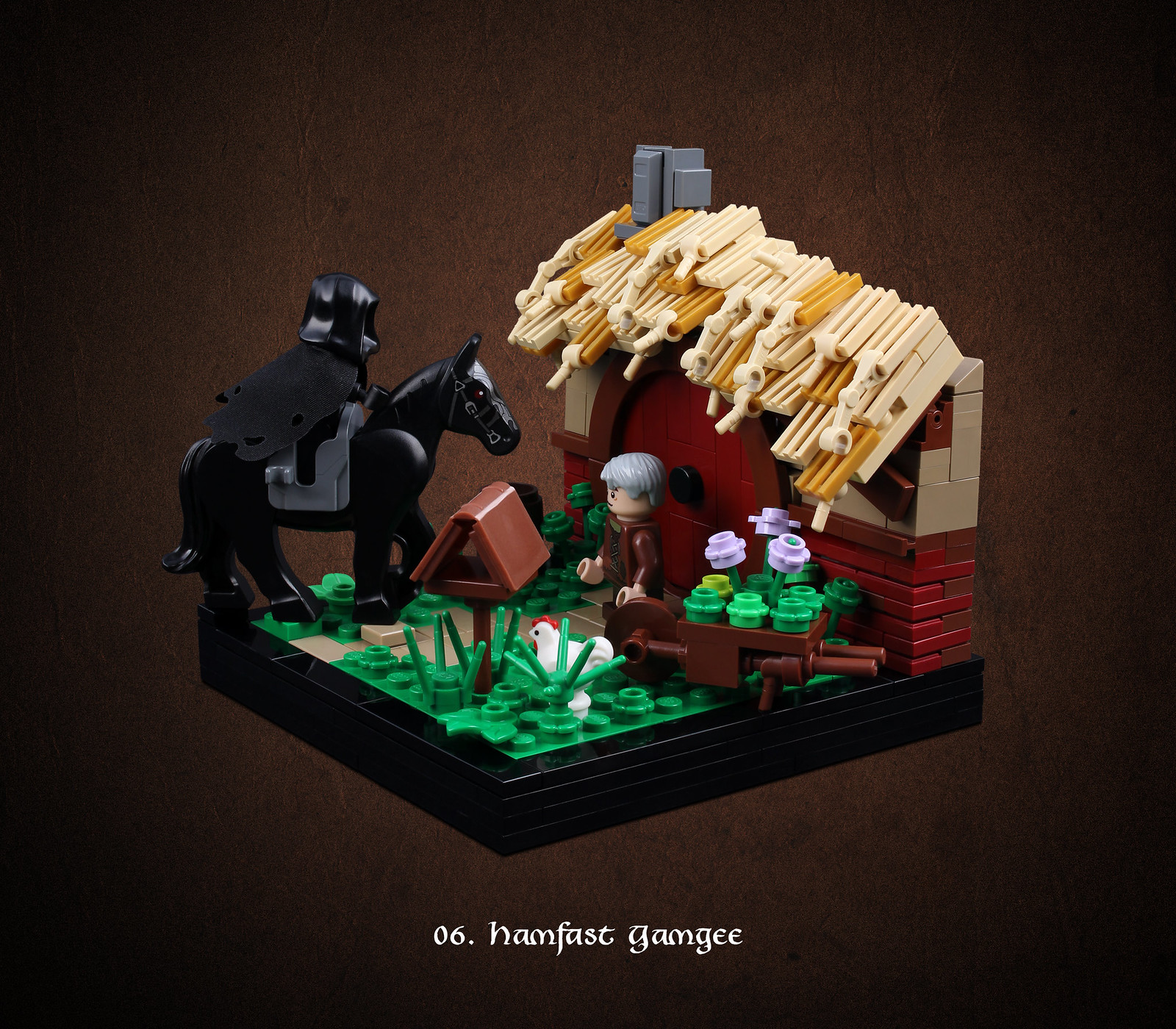 Continuing in the tradition established in the previous builds in the series, this vignette depicts the moment from the The Fellowship of the Ring book. The movie version does this scene with Farmer Maggot. In fact, Hamfast is only in the extended version of The Fellowship of the Ring film. Here, Hamfast gets his due! Personally, I’m really enjoying this series, as the books often get overshadowed by the movies in artwork depictions. Can’t wait to see what’s next in this ongoing vignette series!