To celebrate World Children’s Day, LEGO is offering a freebie Gift with Purchase (GWP) set in the form of a series of amusement park games for your LEGO City citizens to enjoy. 40529 Children’s Amusement Park lets you test your strength, test your aim, or test how long you can ride the swing before regretting all that ice cream you ate. This 170-piece set will be free with a minimum purchase of US $90 | CAN $90 | UK £90 in North America from May 16th-May 30th. 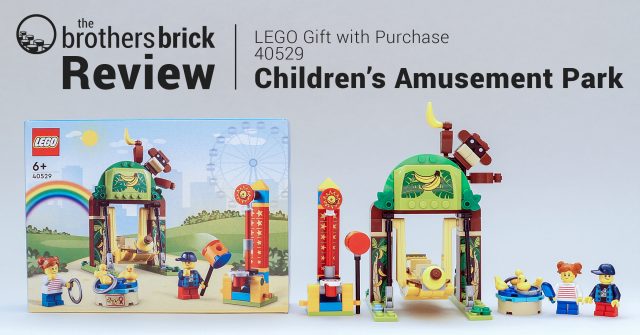 The set comes in a medium rectangular box with an image of a young boy and girl enjoying the park. 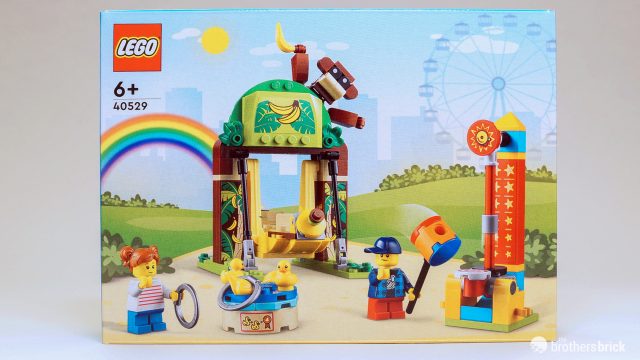 The back of the box features the main image of the boy and girl on the banana swing, as well as inset images of them at play in the park. 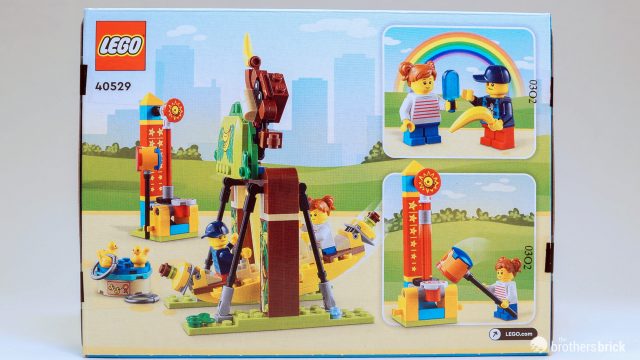 Inside the box are three un-numbered bags, a sheet of stickers, and two small instruction books. 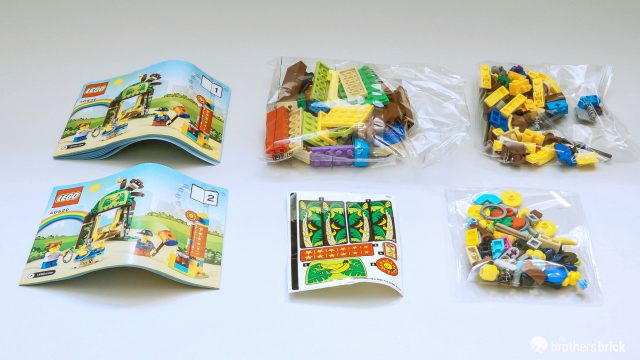 When construction is complete, you’ve got two amusement park games and one ride to add to your LEGO Town. 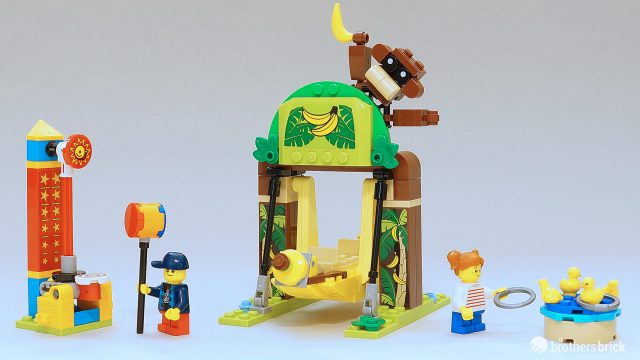 The ride is a banana-shaped swing that fits the two minifigures. The banana itself is nicely realized and the construction of the monkey mascot on the sign is cute. While the banana does swing back and forth with ease, there’s not quite enough clearance for it to swing too high without the opposite side hitting the ground. So, while it is a functional ride, it doesn’t strike me as a particularly fun one. 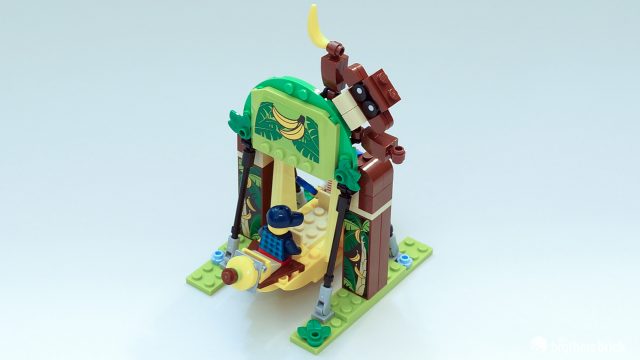 The first game is a ring toss, with two ducks and two yellow frogs mounted on a spinning base. You get two tries to toss a ring on a duck to win a prize. It’s the smallest of the included builds, but it feels more functional than the swing. 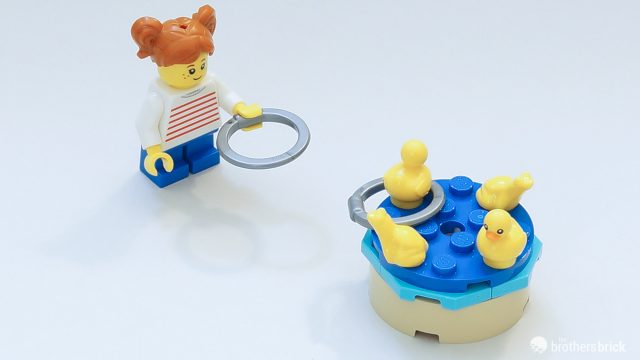 The second game is the classic “hit the target with a hammer and try to ring the bell” carnival game. The build actually does launch a Technic 1×1 liftarm up when you strike the printed target tile. Although there’s no actual bell, I found it the most fun and functional of the three. 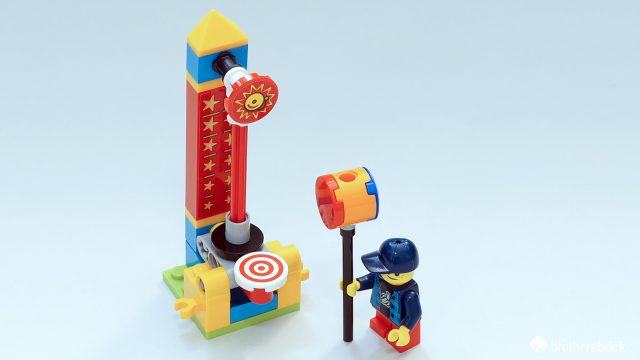 The set includes two minifigures, a young girl in a striped shirt and a young boy in a banana shirt and baseball cap. Both reuse parts that have appeared in multiple sets before, but they’re sufficient for the purposes of this set. 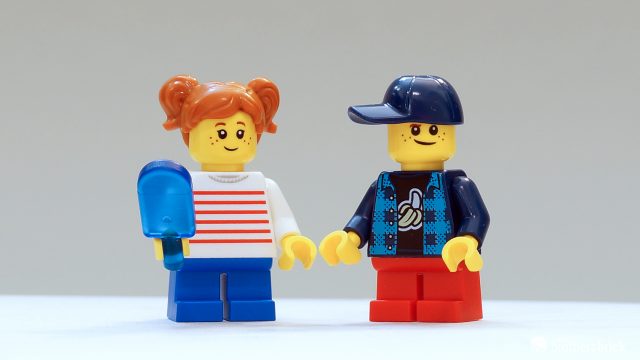 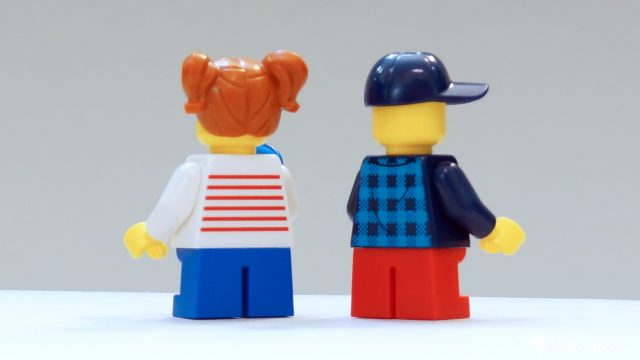 I hesitate to judge a GWP set too harshly. There’s an old saying about looking gift horses in the mouth and all. If you were looking to plop down $90 or more on LEGO products soon, then I would say this is a lovely gesture on the part of the LEGO Group to reward its customers. But I wouldn’t recommend adding anything extra to your shopping cart just to qualify for this set. 40529 Children’s Amusement Park is a 170-piece set that will be free with a minimum purchase of US $90 | CAN $90 | UK £90 during the following dates in the following regions: 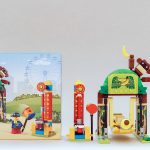 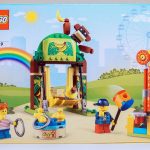 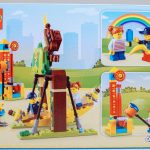 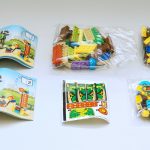 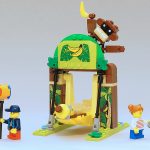 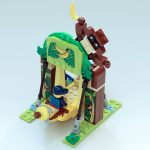 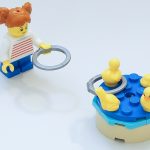 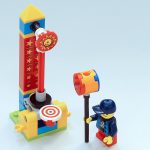 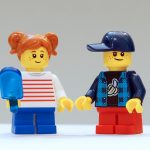 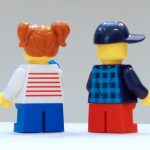