It’s been a few months since builder Oscar Cederwall gifted us with one of his LEGO creations. Everyone deserves a break and this winter has been particularly worthy, however his latest creation reminds us that summer is on its way with a vengeance. Thankfully the swarms of flies we’ll be dealing with won’t be quite as formidable as this Wisp Scout Tank. As usual, Oscar shows off his detailing skills with the greebly legs of this flying menace. The interesting wings are swords from the Exo Force Sky Guardian Mech from back in 2007. Though it might be the oddest piece amongst the build, the literal standouts are the bright blue Modulex pieces featured in the turrets. The contrast was both a design choice and a color limitation since, as Oscar puts it, “Modulex colors are a bit odd because they mostly don’t match any other LEGO System colors.” Thankfully they make for great accents on some already intricate turrets. 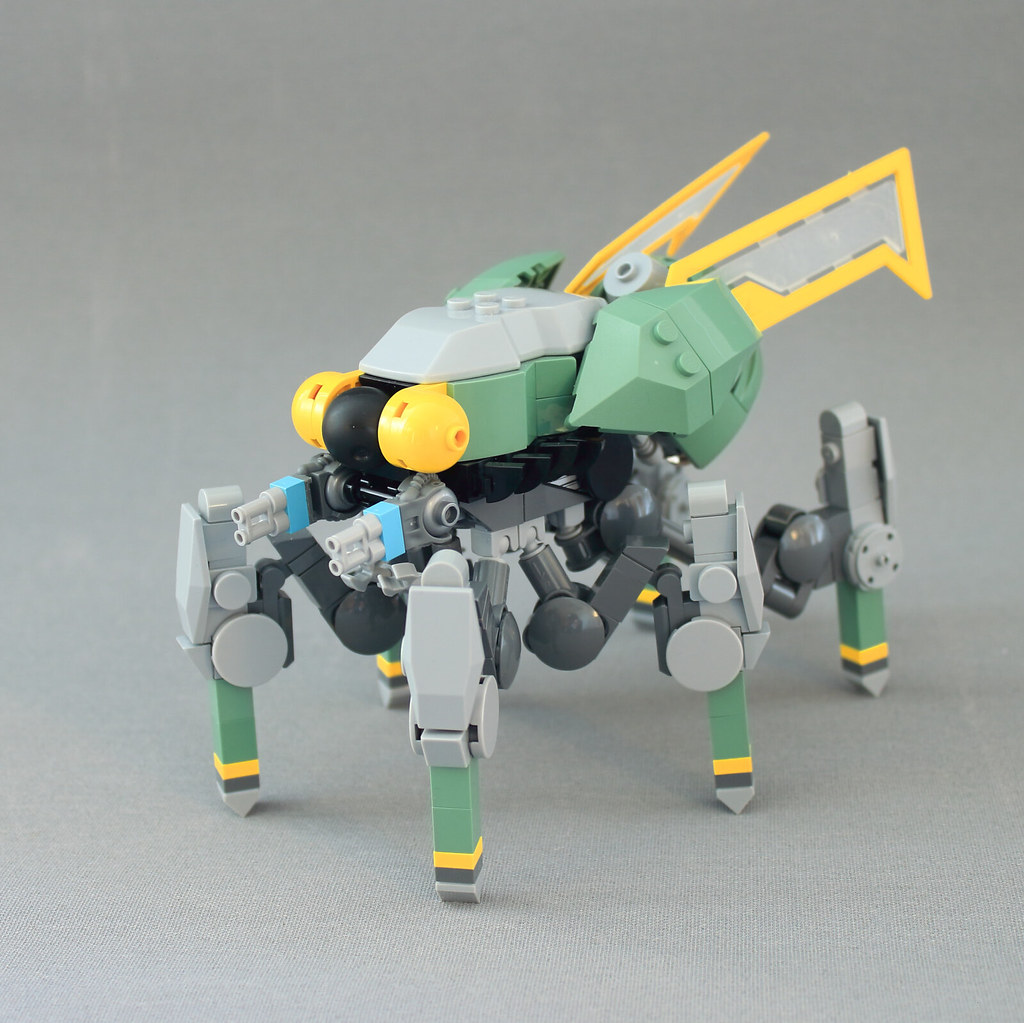 The back shows off the variance in the leg builds as well as gives us a better look at the abdomen and its shiny boosters courtesy of some custom chromed elements. I’m not positive on the scale but if these things are meant to be tanks, I can’t think of a worse pest to exterminate. You’ll need a trebuchet-style giant fly swatter for sure. 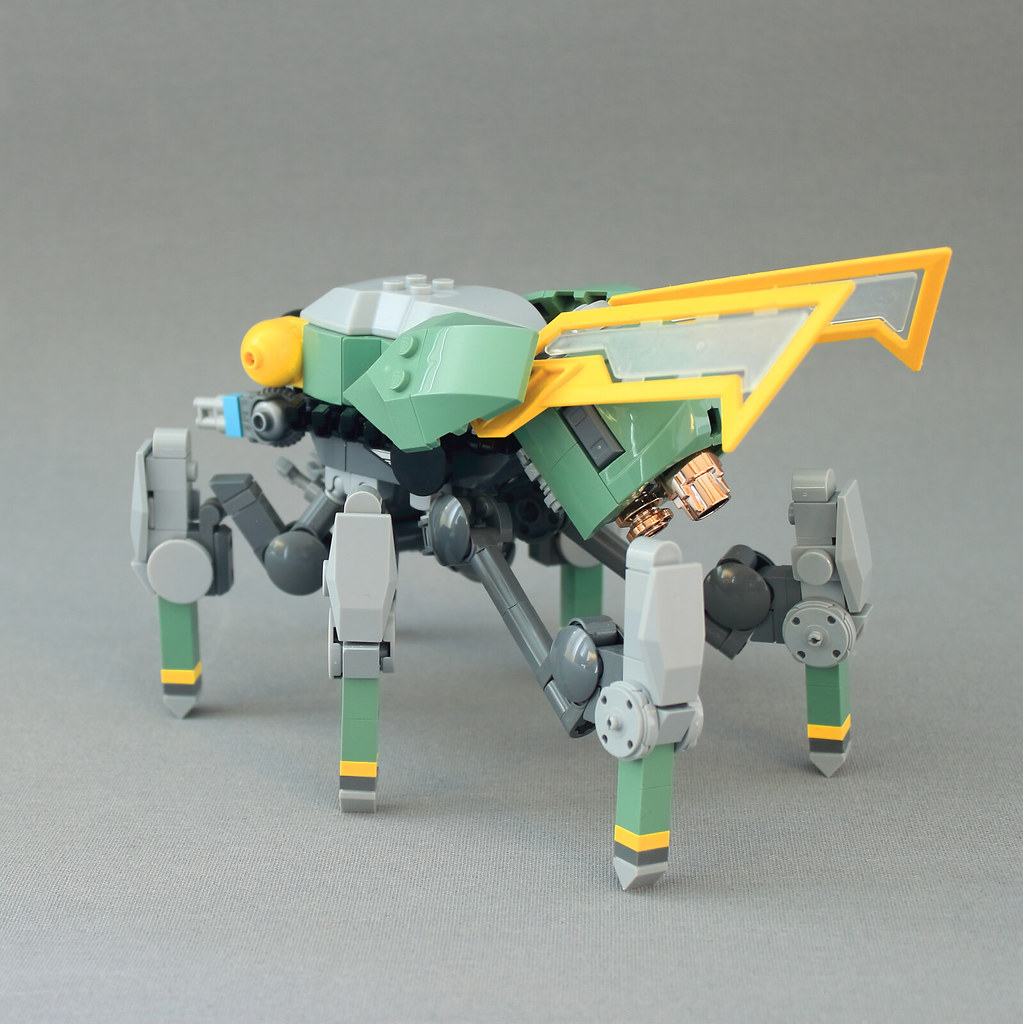