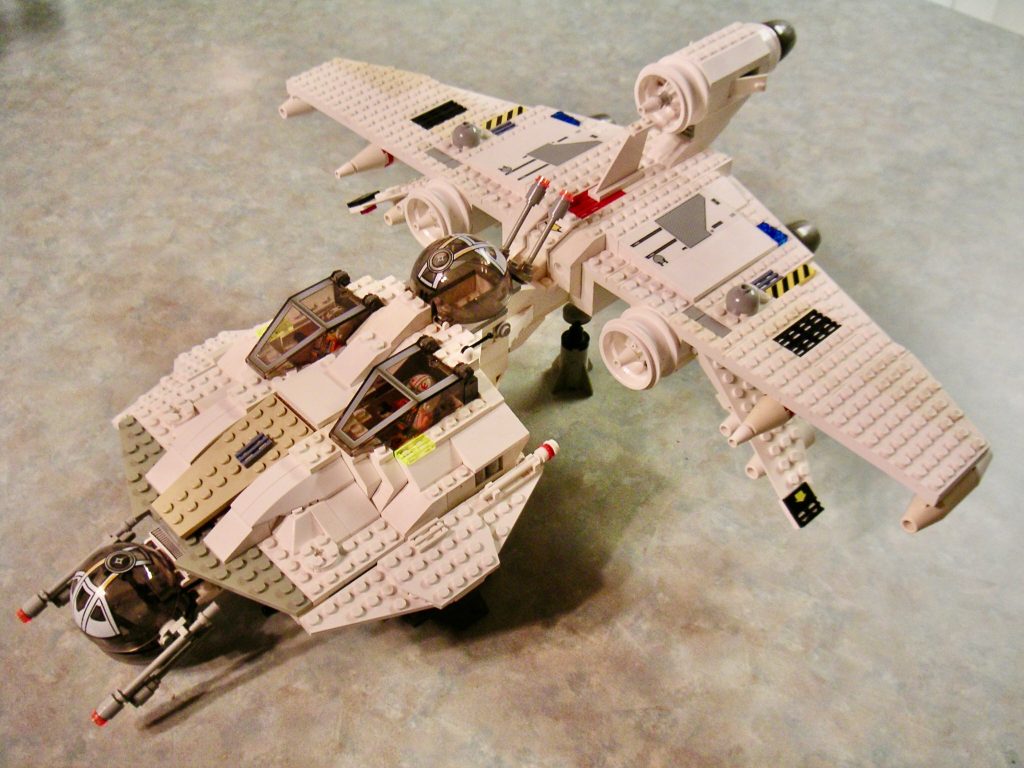 We were so impressed with this model we reached out to the builder and asked where Dunechaser found reference materials for such an unusual Star Wars vehicle. “This is a land line, who is this? My mother-in-law is the only one who still calls this number,” DuneChaser answered. We explained we were calling from the Brother’s Brick and wanted to know about his amazing models we discovered on Brick Shelf. “Seriously? That was 18 years ago. Where have you guys been?” he responded. “Um, Instagram…” we replied, before reiterating our question. Dune Chaser grudgingly shared that he used books such as The Essential Guide to Vehicles and Vessels, which feature helpful schematics. Using that reference book, Dunechaser created a dual cockpit area that uses canopies from vintage X-wings and Republic Gunship sets. 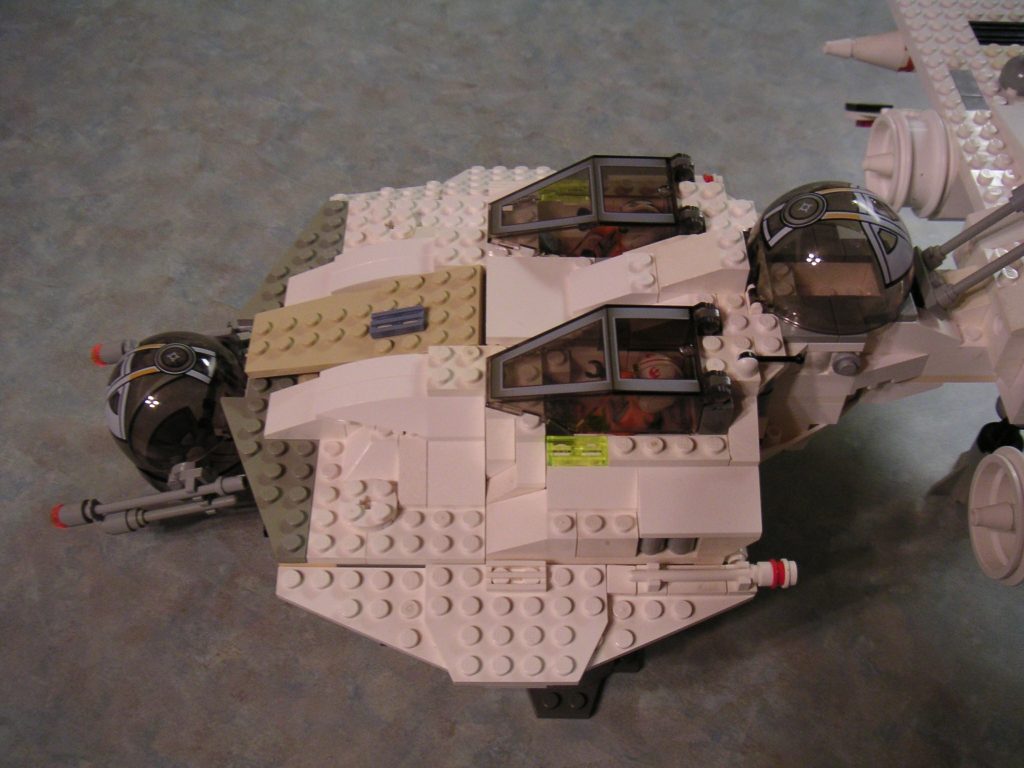 Although Dunechaser seems like a curmudgeonly fellow with limited access to current technology, it’s undeniable that he’s full of brain-melting NPU talent. For example, notice his incorporation of dirty, yellowed white plates to represent the battle-weathered New Republic fighter-bomber. We asked how he made the decisions about which parts to use. “I had those parts from when I was a kid in the 70’s and 80’s. I just ran out of new-looking parts. My collection didn’t take up a whole storage unit like it does today. You guys know I’m on Flickr, right?” We’re not sure what a flicker is, but we’ll be sure to check it out, if it means even more amazing models like this one! 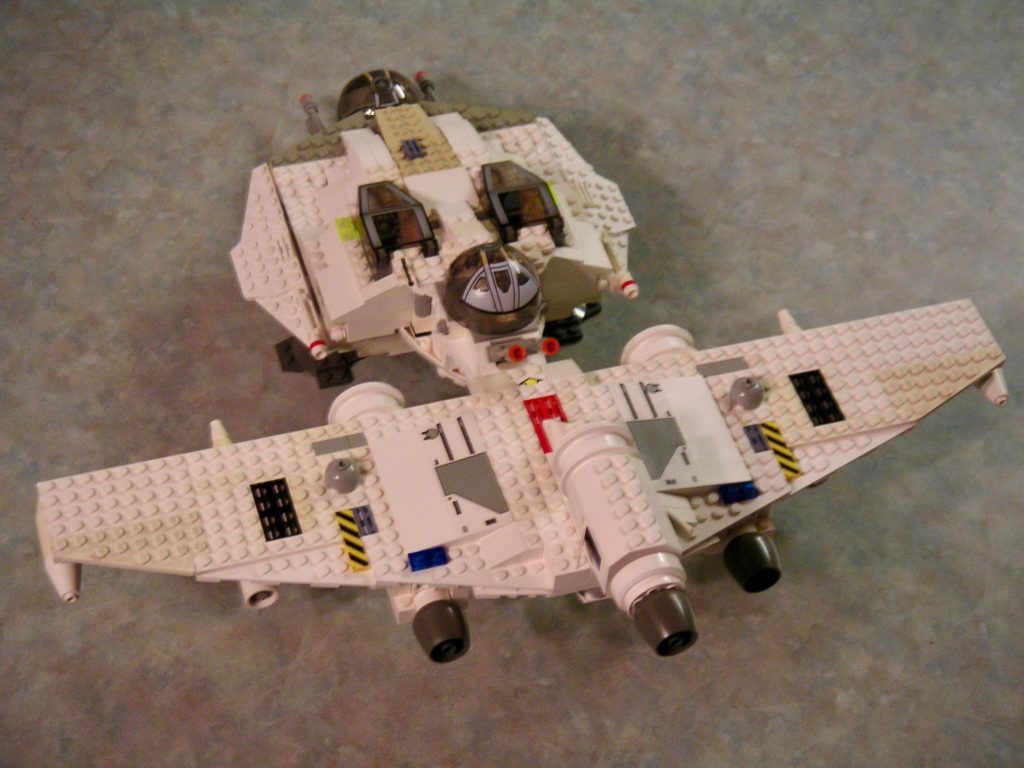 We asked Dunechaser how long he spent building this LEGO masterpiece. “Oh, I guess a couple hours one afternoon? It rains a lot here and I was bored. Guys, this MOC is embarrassing. It’s kind of terrible, from my earliest days online with an awful camera and basically no knowledge of SNOT or stud-less building.” Respectfully, sir, we disagree — this is some of the best work we’ve been privileged to feature on TBB. 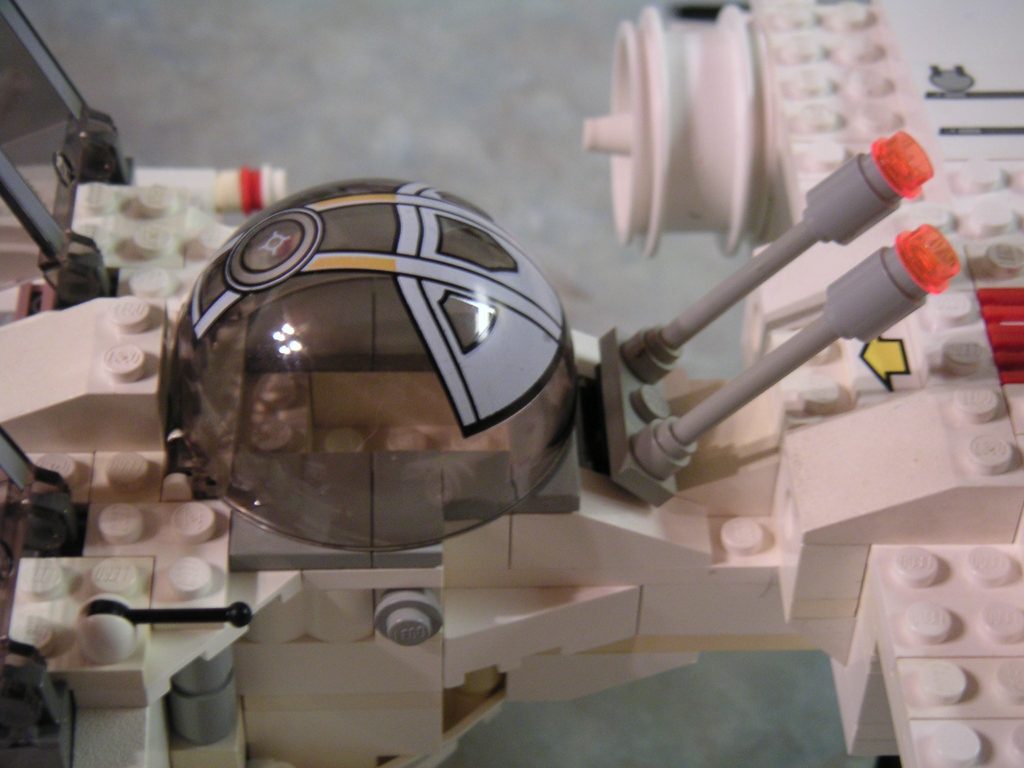 Any last words, Mr. Chaser? “Just please, don’t crop my photos when you repost them on Instagram.” We’ll make sure to let our bots know!