The wild ride that was Harry Potter’s experience at Hogwarts was surely extremely traumatic. Ron was obviously afraid of spiders but even Harry was jarred by this encounter from the Chamber of Secrets built by Stefan Johansson. The trusty, rusty Ford Anglia may have abandoned Harry and Ron after they crashed it into a tree but its loyalty never faded, as it proved by saving them from being eaten. Whether it has a mind of its own from Arthur Weasley’s tinkering or from all that time in the Forbidden Forest, it’s not going to let some giant creepy-crawlies munch on some kids. 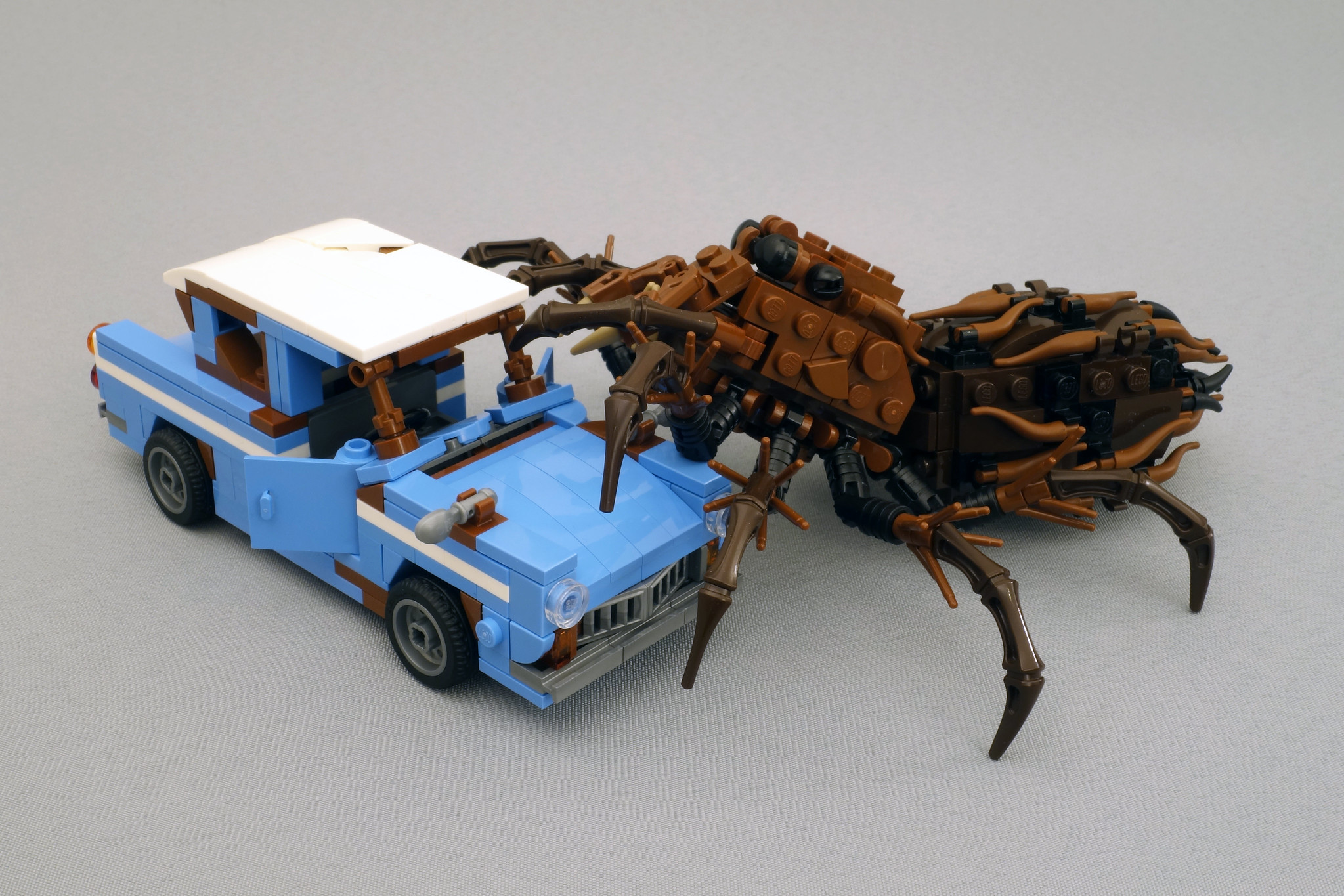 The builder has used brown pieces as rust in addition to the characteristic powder blue paint job. Cracks in the roof add another layer of wear to the independent automotive, showing its time in the forest. The model makes use of curved studs 1×2 brackets to achieve the shape of the car’s body with the available colors. 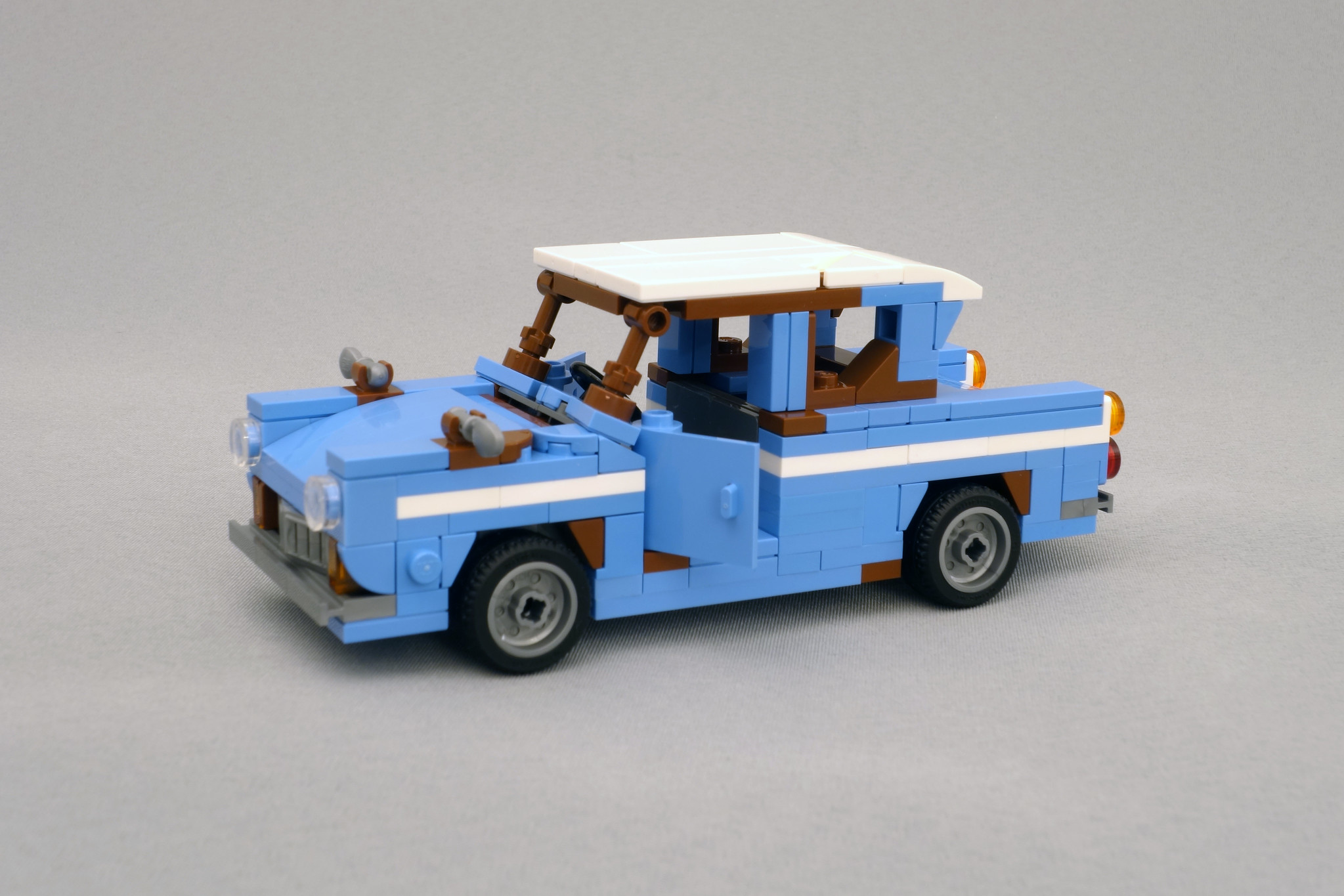 The massive, hairy spider, Aragog, had some pretty weird motivations. Keep the boys talking long enough for the kids to wake up, I guess. What a good dad. The builders use of brown stems on the legs and bull horns on the abdomen is a perfect way to emulate Aragog’s hairiness. His face is layered well to look like the creature but my favorite part is the telephone piece used as his middle set of eyes. It’s all perfectly creepy. 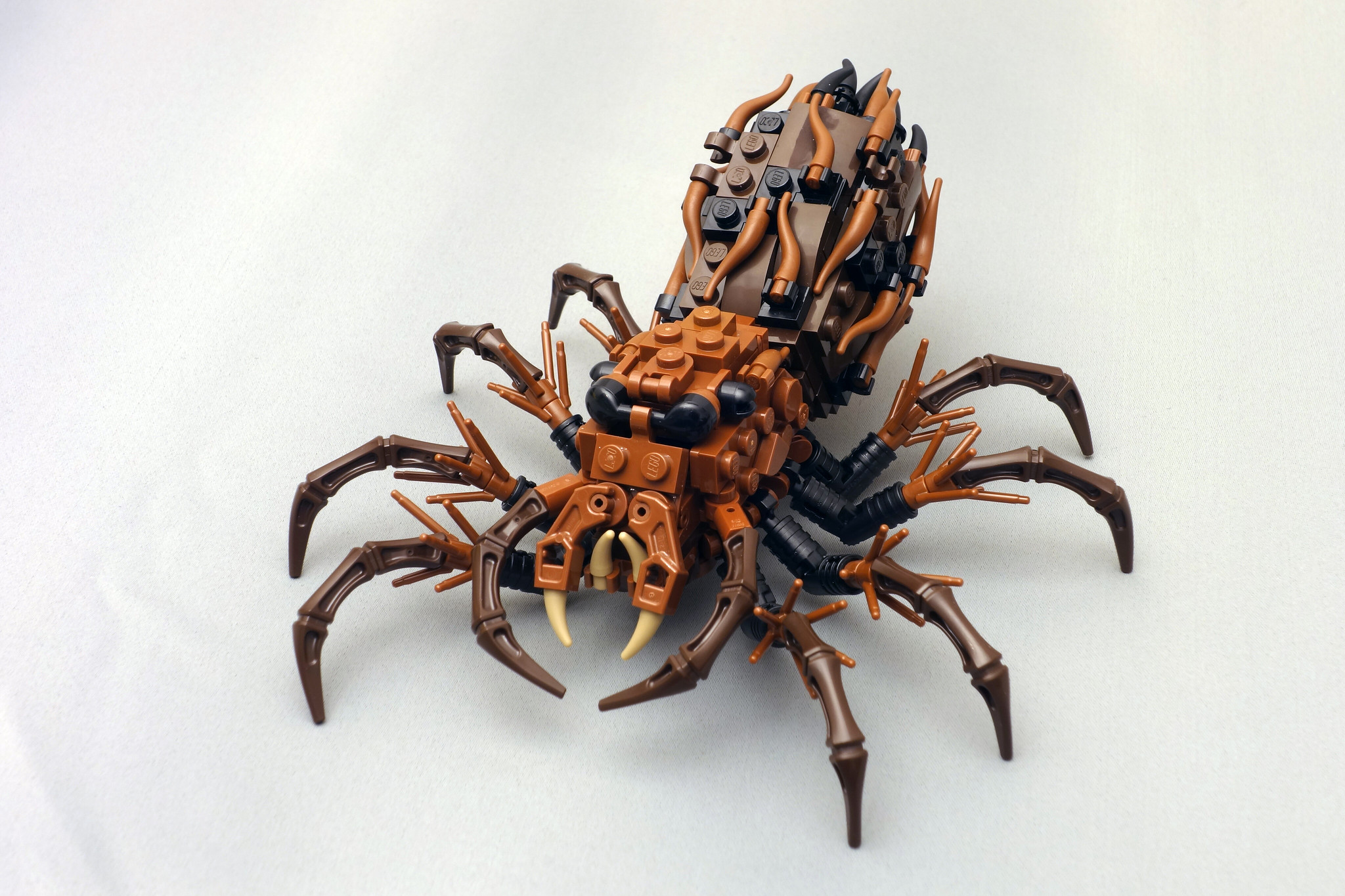