This amazing LEGO model perfectly captures the mismatched style of the mechanical castle from the anime film Howl’s Moving Castle. In the film, the castle walks on spindly legs, spluttering and puffing out smoke as it goes along, as indicated by the clouds of smoke rising from the various chimneys. You can tell that the model’s creator, Marcin Otręba, has carefully studied the original design as all the strange contraptions protruding out of the castle have been faithfully recreated in this small scale. In order to portray the circular brickwork under the domed turrets, rounded 1×2 plates have been angled to form ringlike patterns. 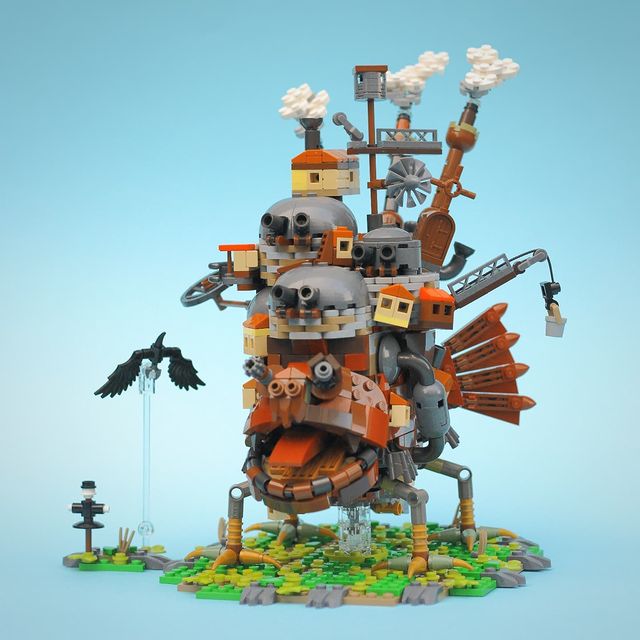 At the back of the castle you can see more of the huge fans, which stick out like tail feathers. The small doorway at the bottom is the main entrance, and characters in the film are often depicted desperately chasing after the short platform while the castle is moving. 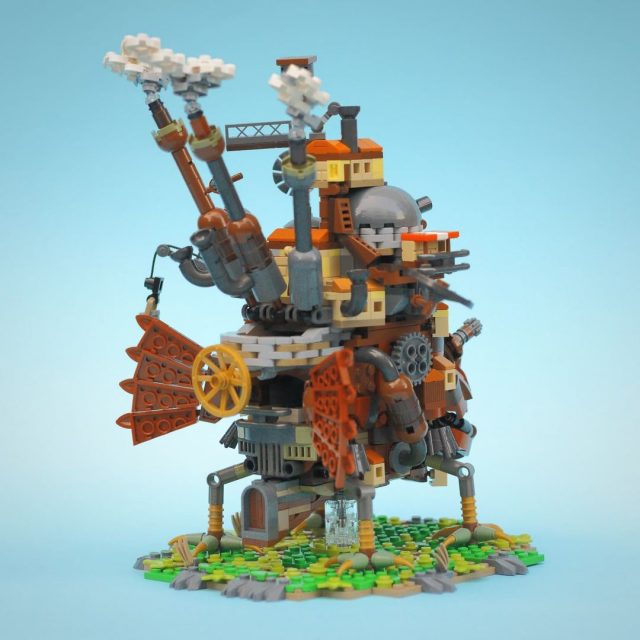 The castle can even open to show some of the interior details with plenty of references to events in the film. If you are unfamiliar with the inner workings of castle, the flame actually represents the one microscale character in this build, Calcifer the fire demon who powers the castle. It’s a small detail but the chair, by the table, is a nice use of the 1×1 handle piece. 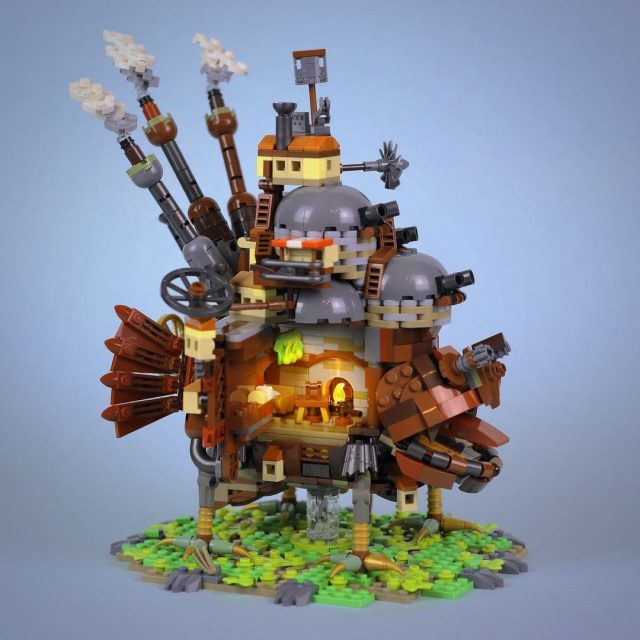 Looking for more models based on anime? Say no more, we have plenty of articles featuring fascinating builds, which can be viewed here.