LEGO is known for releasing some very massive (and expensive) sets – a World Map, the Colosseum, and even the Titanic. But there’s another scale to consider – the polybag. Small, affordable sets that span the range of micro-vehicles to minifigure-based adventures. While these polybags are a little too compact for our usual in-depth reviews, they still deserve their day in the sun. So come along as we explore a recent offering – LEGO City 30370 Ocean Diver. Available briefly as a gift with purchase directly from LEGO, this set also had limited availability in other retail outlets. 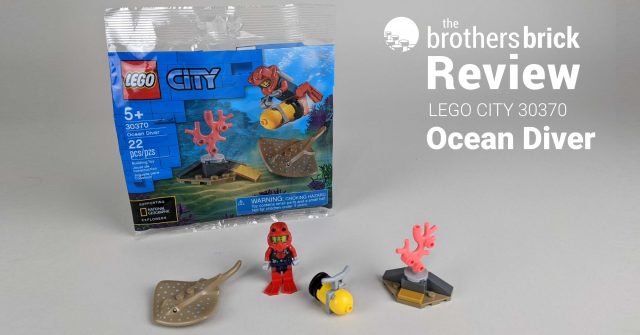 This polybag supported the 2020 Deep Sea Explorers sub-theme for the CITY line. It was also part of a group of sets that partnered with National Geographic in an attempt to inspire kids to be more environmentally conscious. (There’s a small “supporting National Geographic Explorers” logo in the lower left of the bag to denote that.) The age range is set at a reasonable 5+, probably based on the size of the elements as there’s very little building to be done here. 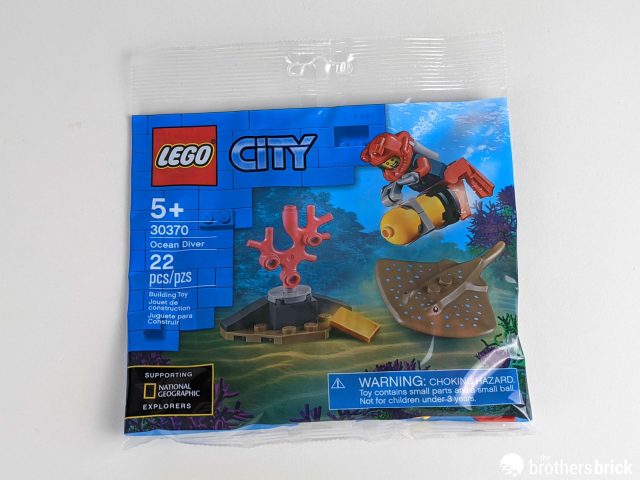 Inside the bag are 22 pieces. There’s a small instruction booklet, a stingray, a diver, and parts to build a small rock outcropping and a SCUBA scooter. 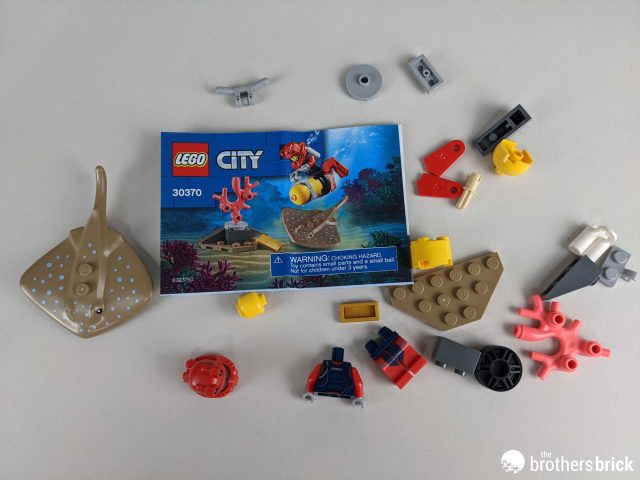 The small rock outcropping is topped with a coral-colored bit of coral. (Appropriate, that.) It also has a small gold bar to discover, represented here by a 1×2 tile. It’s odd they didn’t use a gold ingot element, but at least it’s gold-toned.  The SCUBA scooter is also a very simple build, with an adjustable handle for the diver to hold on to. 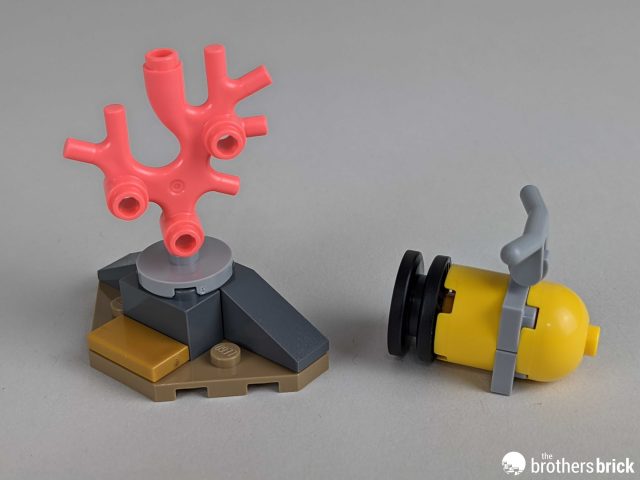 Adding in the diver and stingray, you get a nice little underwater scene. 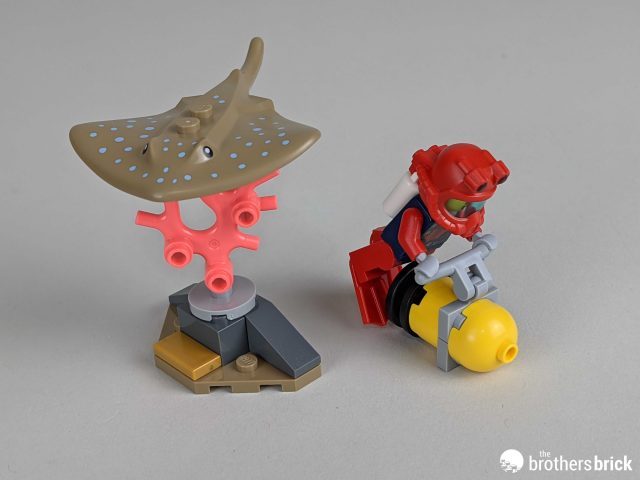 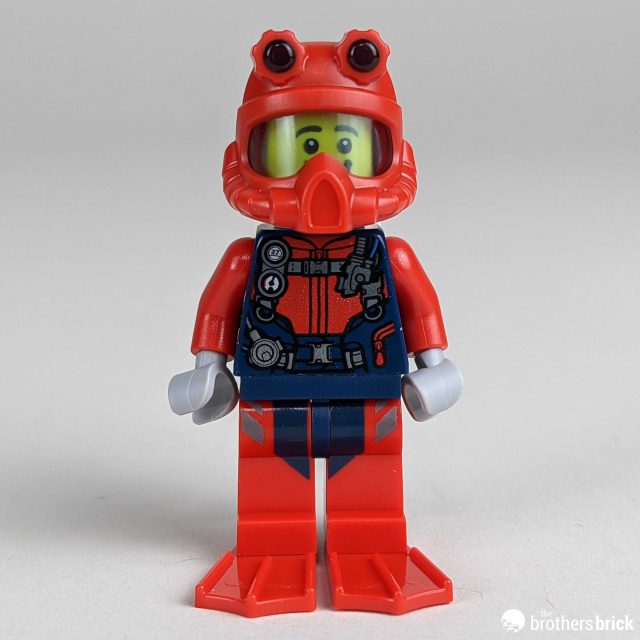 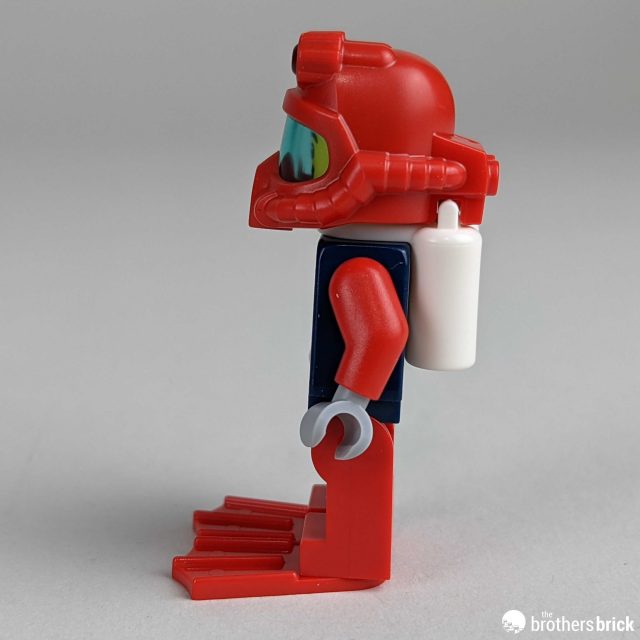 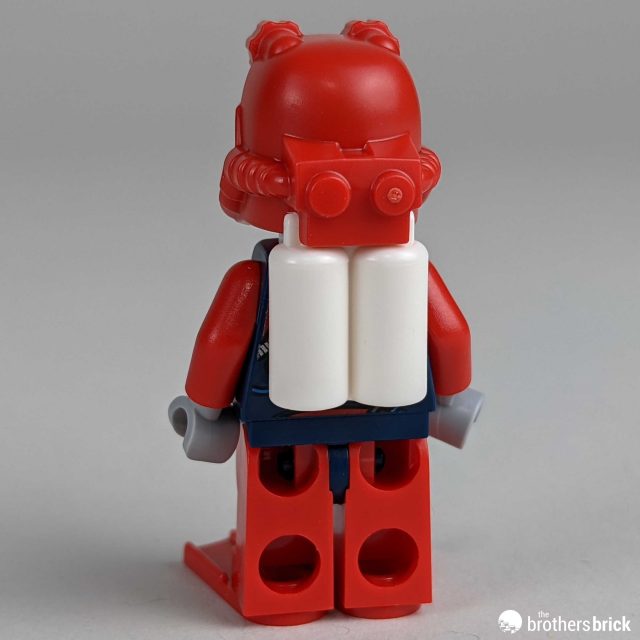 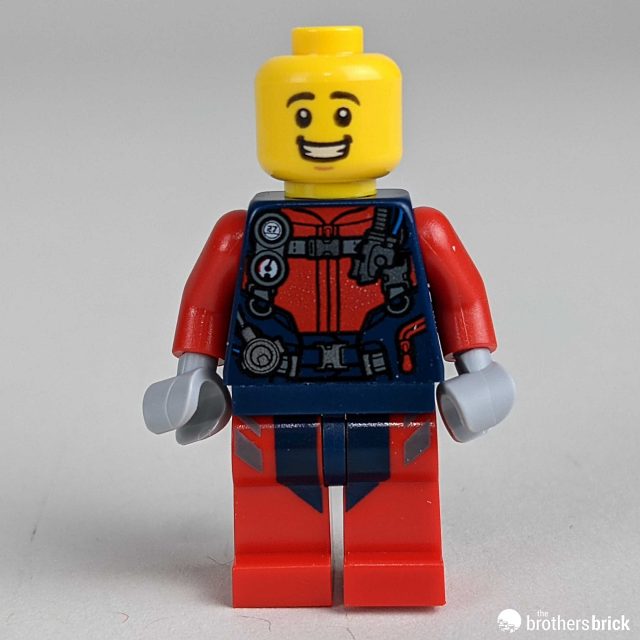 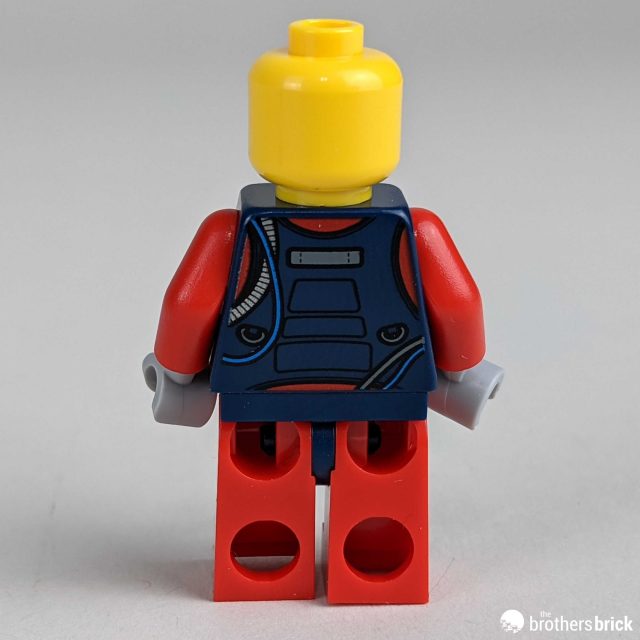 The stingray is also limited to the aforementioned Exploration Base and Ship sets, making this polybag the cheapest way to add one to your collection. 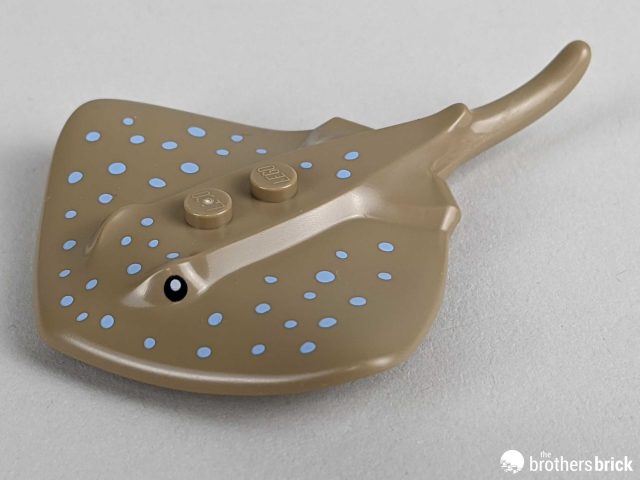 The stingray itself is a new mold, replacing the classic black stingray that left production back in 2001. It’s a much more compact (and colorful) version of the creature, with two studs on the top offering more connection options. 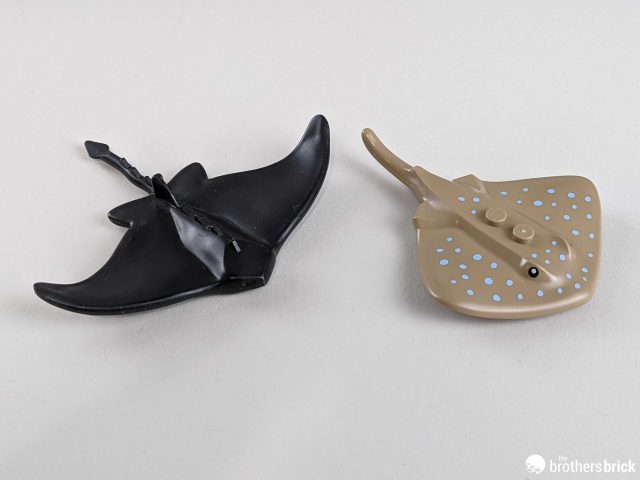 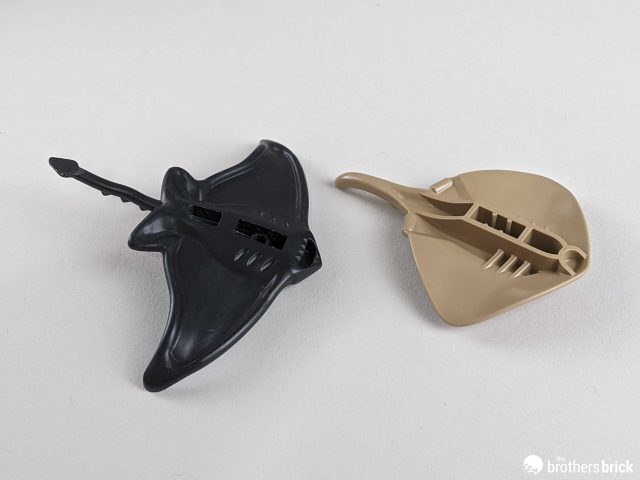 This is a fun little stand-alone display piece, with a great-looking diver and a really impressive new version of a stingray.  The rock outcropping is nothing special but does add some nice context to the scene. The SCUBA scooter gives the diver a bit more play value but isn’t much of a draw on its own. If you’re a fan of the CITY-themed aquatic adventures, then you’ll probably want to track this polybag down. (Or you could opt for one of the larger Deep Sea Explorer sets that contain the rare parts included here.) 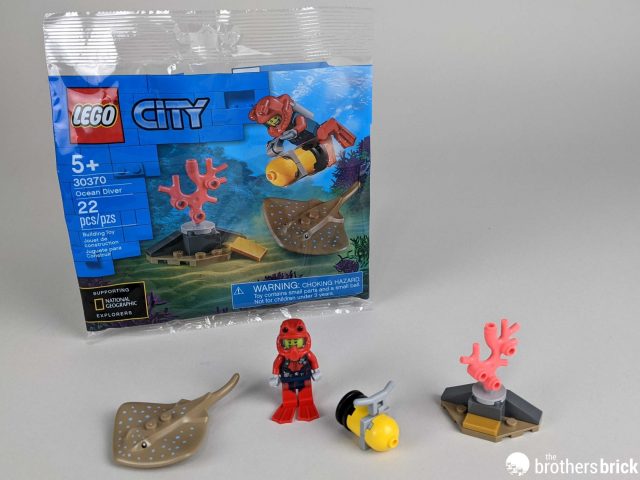 LEGO CITY 30370 Ocean Diver  was previously available from the LEGO Shop Online. It may be available via third-party sellers on Amazon and eBay. 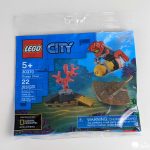 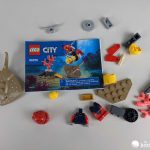 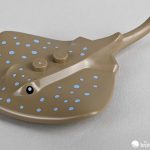 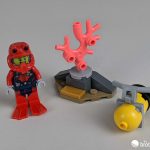 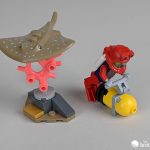 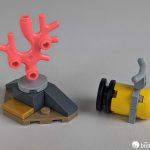 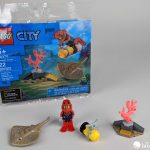 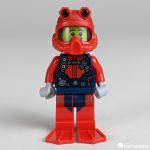 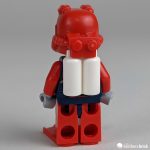 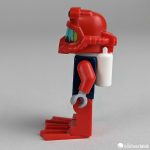 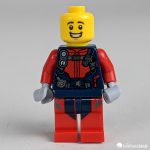 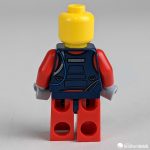 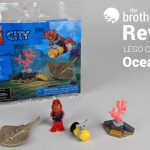 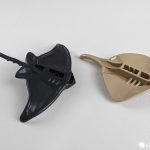 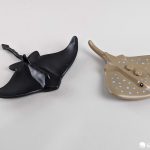