Created by Ben Pitchford, this LEGO model is a beautiful diorama of a medieval castle by the ocean, overlooking a quaint village and a forest hideout. The castle rests upon a cliff which is made up of a variety of sloped bricks with plants pieces wedged between the gaps in the rocks. Several waterfalls flow over the cliff faces into the colourful ocean below. There are even some hidden features underneath the castle such as mysterious caves, a dungeon and a blacksmith. 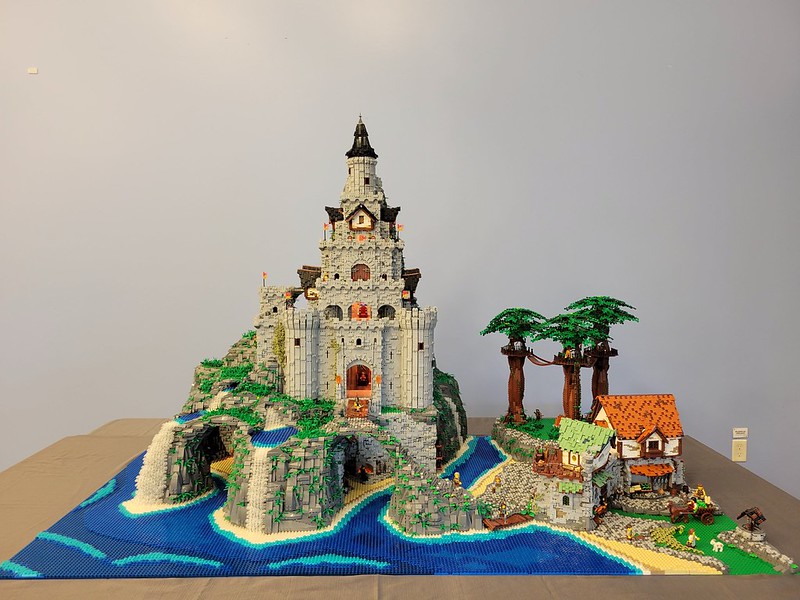 The castle has a dominating presence created by its sheer height and elaborate layers. The textured surfaces of the castle are produced through a mixture of bricks being stacked up normally and bricks placed sideways. A few of the entrance ways lead to detailed throne rooms, perfectly suited for the royalty of the castle. 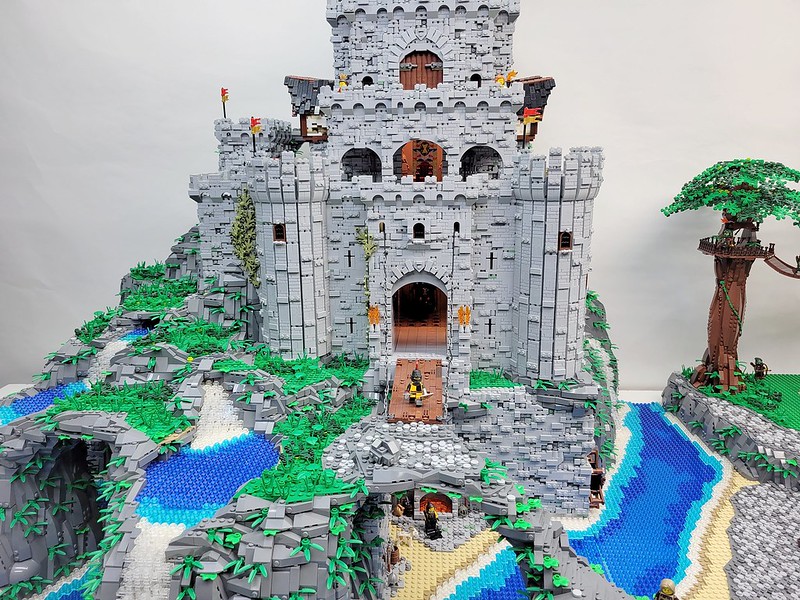 A stony path to the castle leads down to a gate with a village surrounding it. The roofing details of the buildings provides a great sense of slabs stacked together. Villagers are shown to be selling an assortment of vegetables and meats, while a cart, full of supplies, heads towards the castle gate. 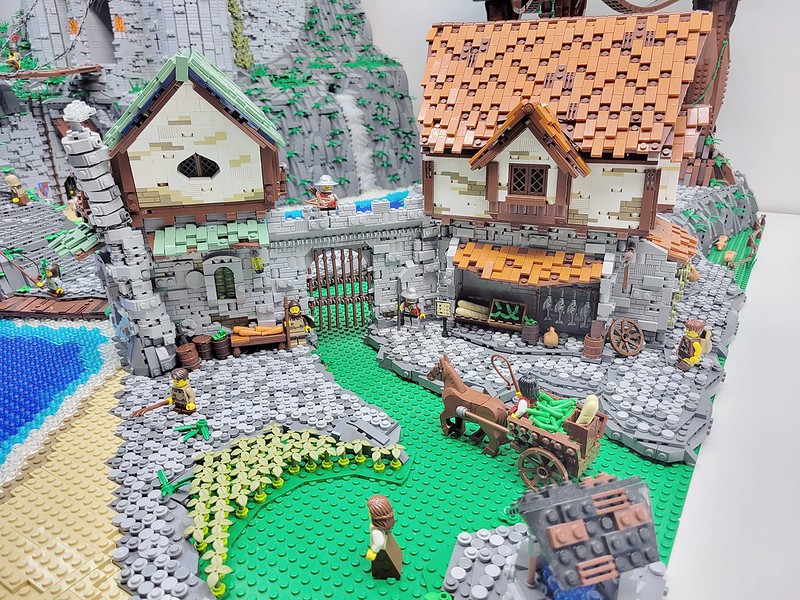 But the residents of the village should beware as the hamlet is overshadowed by a forest people base. Platforms are built into trees with precarious wooden bridges connecting the platforms. On the forest floor there is a training ground with targets and a blazing central fire. The intentions of the forest people seems unclear, although there are a few of them hiding and sneaking around, close to the castle. 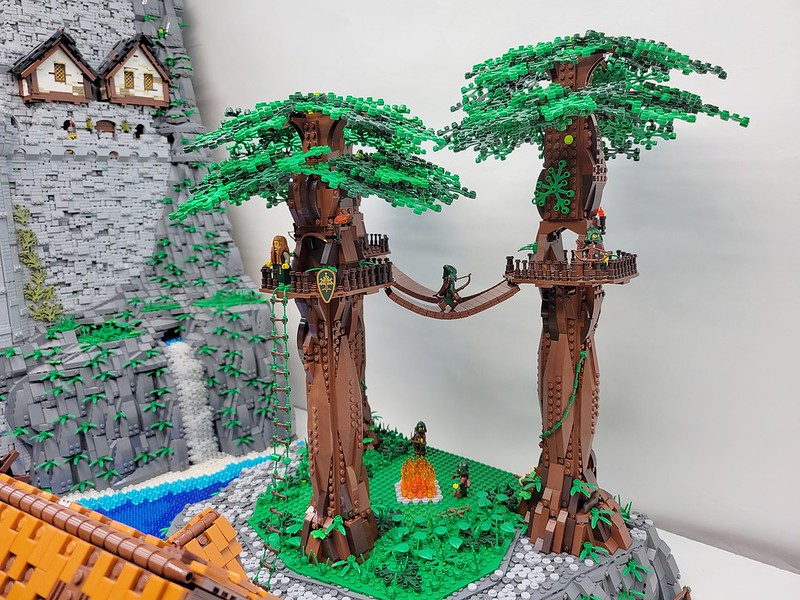 There is also a video of the display where Ben shows some of the intricate details and hidden features of the build. The castle is hooked up with a lighting system, used to simulate flickering firelight in the dungeon and throne rooms. A water wheel is also shown to have a battery powered mechanism allowing it to spin.

1 comment on “This massive castle display is incredibly detailed”