The kind of sacrifices we make nowadays involves a shorter lunch break to get more work done or maybe even buying a less flashy car in order to help put the kiddos through college. In the world of ancient Mesoamerica, however, sometimes their sacrifices involve blood, really cool pyramids, and serpent gods. Captainsmog has pieced together a LEGO creation called Sacrifice to Quetzalcoatl. With the dense jungle, imposing ziggurat, and the charming flying serpent it’s every bit as majestic as the name would imply. 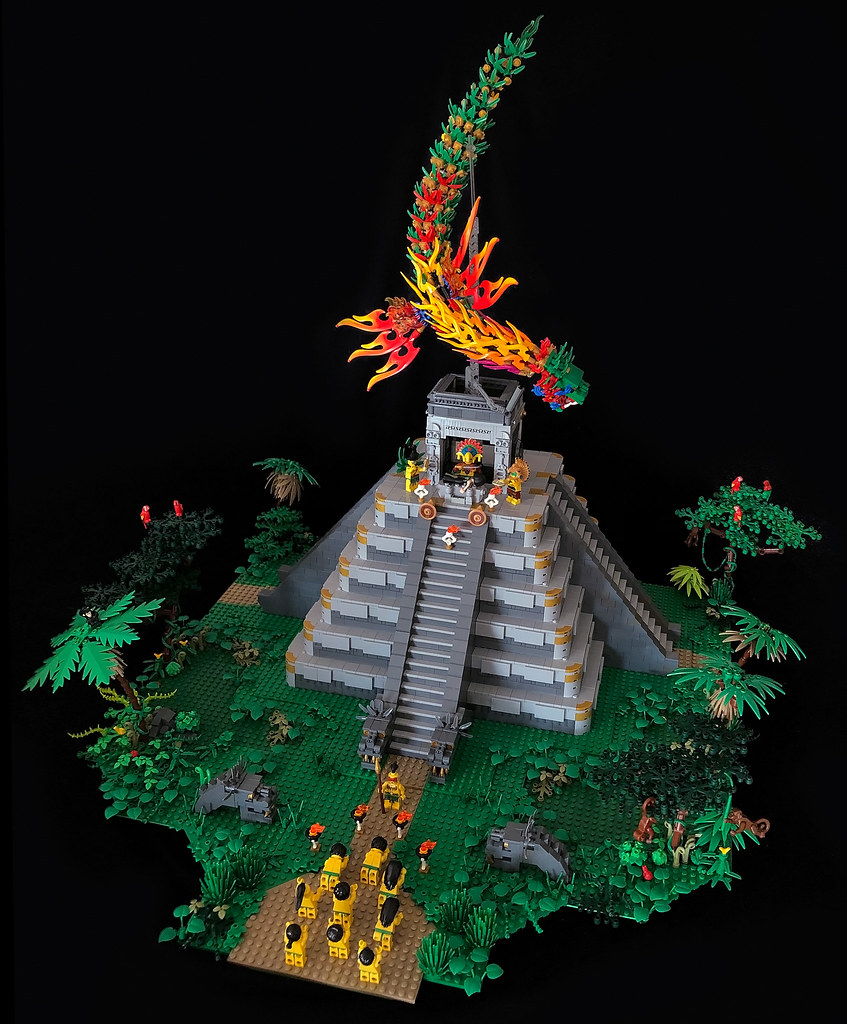 A close-up on the ground shows the natives praying to their sacred gods. The stone carvings and fearsome statues are all an excellent touch. 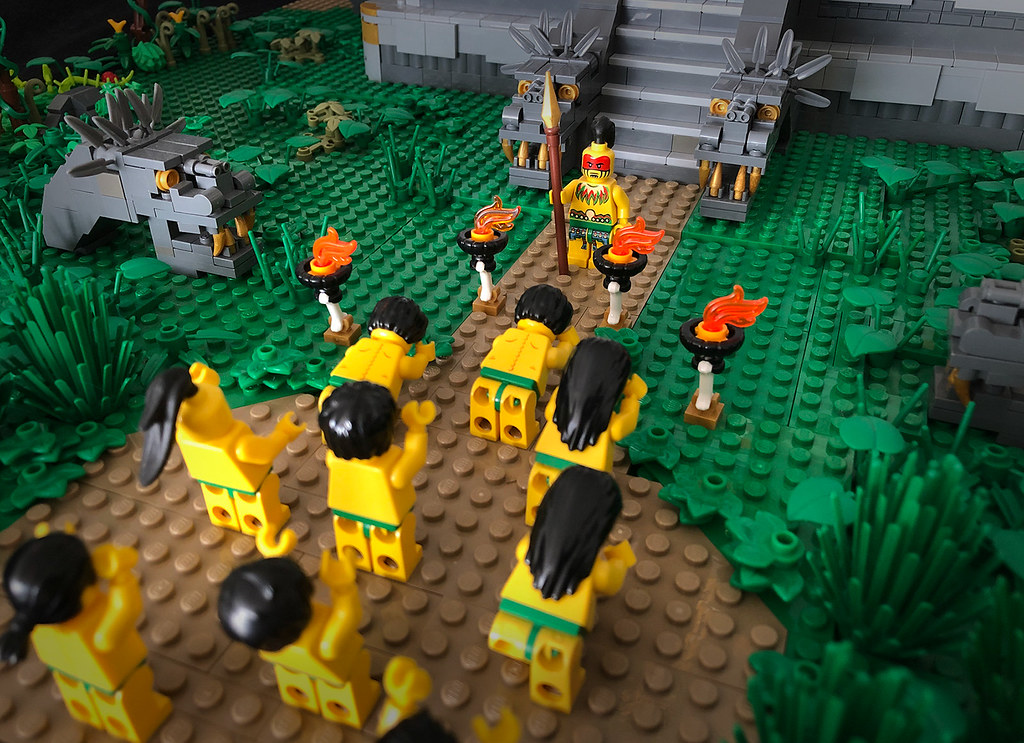 But the star of the show has got to be Quetzalcoatl, the Feathered Serpent himself. This closeup illustrates so many clever parts usages. 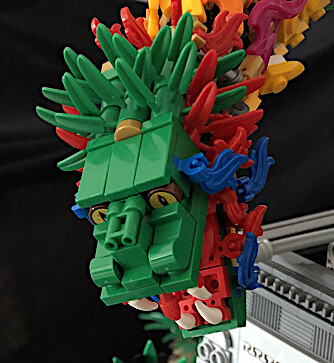