For LEGO fans like myself, September is a very special month. Known as SHIPtember to us space nerds, the month presents a challenge for builders to create a giant spaceship at least 100-studs long. Though many take this to mean length, some builders also play with the width and height of thier builds to meet the requirements. Enter builder Oscar Cederwall and his ship, the Claymore. This thin, lanky design features an interior mechanism for mirrored movement of the wings. According to Oscar, also know as o0ger, this allows fleets of these to be stowed on larger vessels. The single stud width of the main body was a design challenge that the builder solved with the two detailed black sections that run the length of the ship. These greebled portions make up a part of the tandem plasma cannons at each end of the body while also holding the structure of the ship together, with some help from the engine. This thin design gives the ship a small profile in firefights making it a formidable foe that cuts through the enemies much like its namesake. 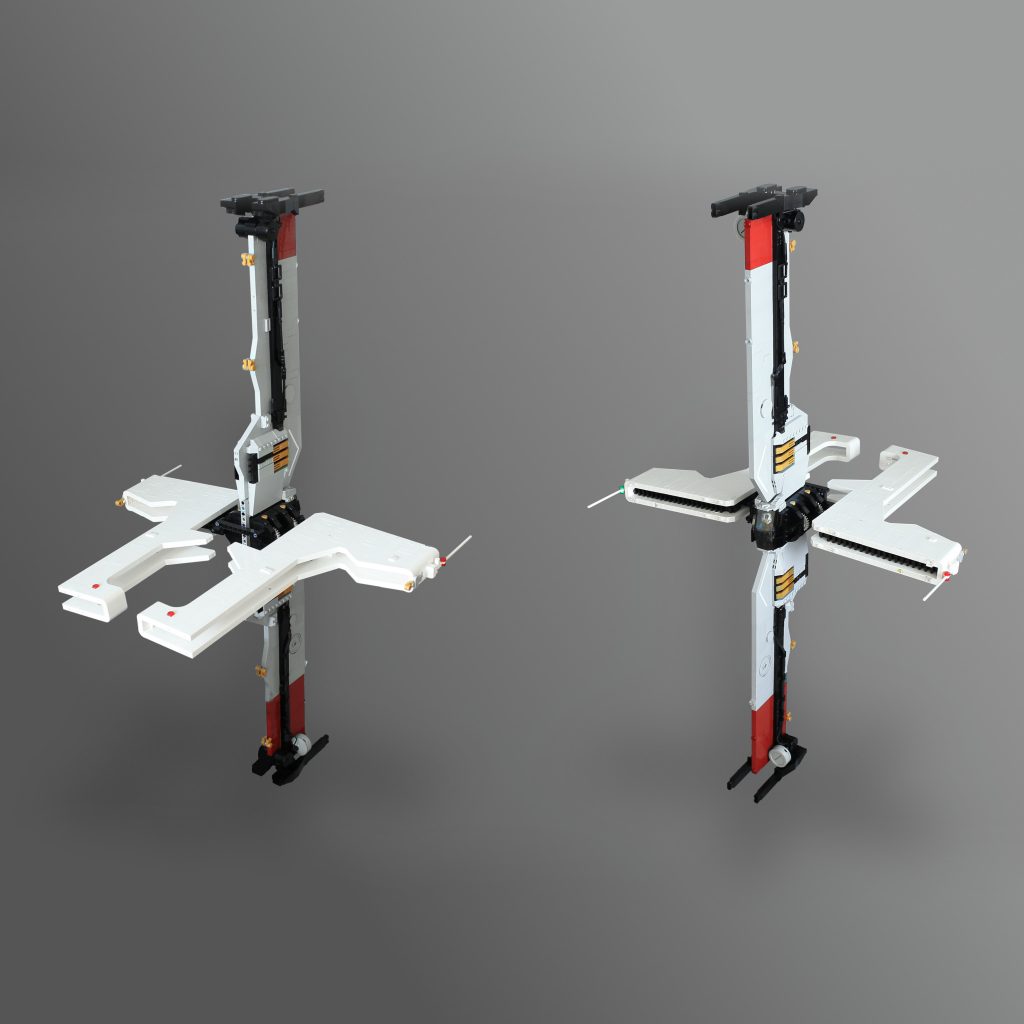 This design is based on a concept by Theo Stylianides and it proved to be a delicate build that even broke apart during the build process. In addition to the black stripes on the side, the wing folding mechanism is held in a Technic structure that also holds the top and bottom together. 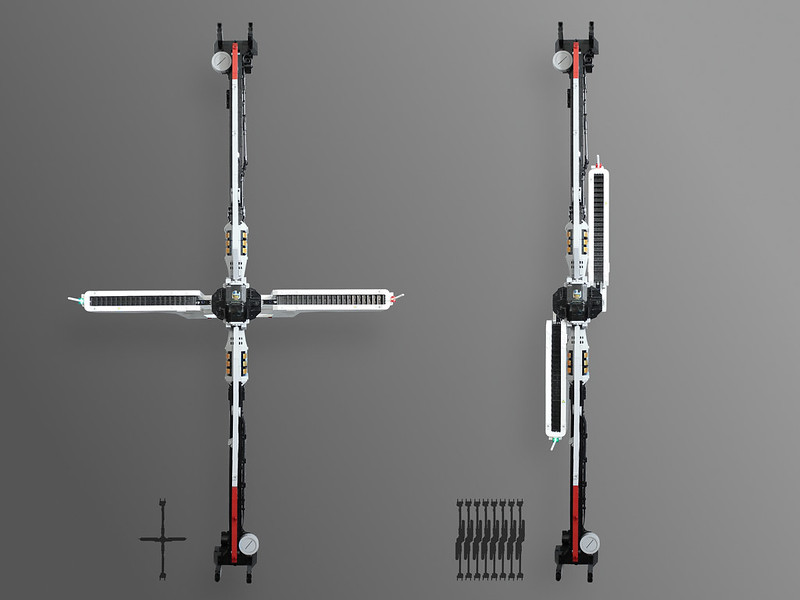 This is hands down one of my favorite months, especially as a participant. Seeing SHIPs like Oscar’s always excites and inspires me. The massive vessels that builders pump out during this month are a wonder to behold. Especially when they render it into a space scene and really immerse our imagination.