Donald Duck, Disney’s angry but lovable waterfowl, may be a bit in the shadow of Mickey Mouse, but he’s still got plenty of fans, such as LEGO builder Ian Hou. Ian’s latest build is a huge bust of Donald sporting his iconic sailor’s uniform and cap, and it’s a lovely bit of building to get the duck’s shape down so well, even including a slight coloration to Donald’s eyes thanks to some carefully chosen aqua elements. 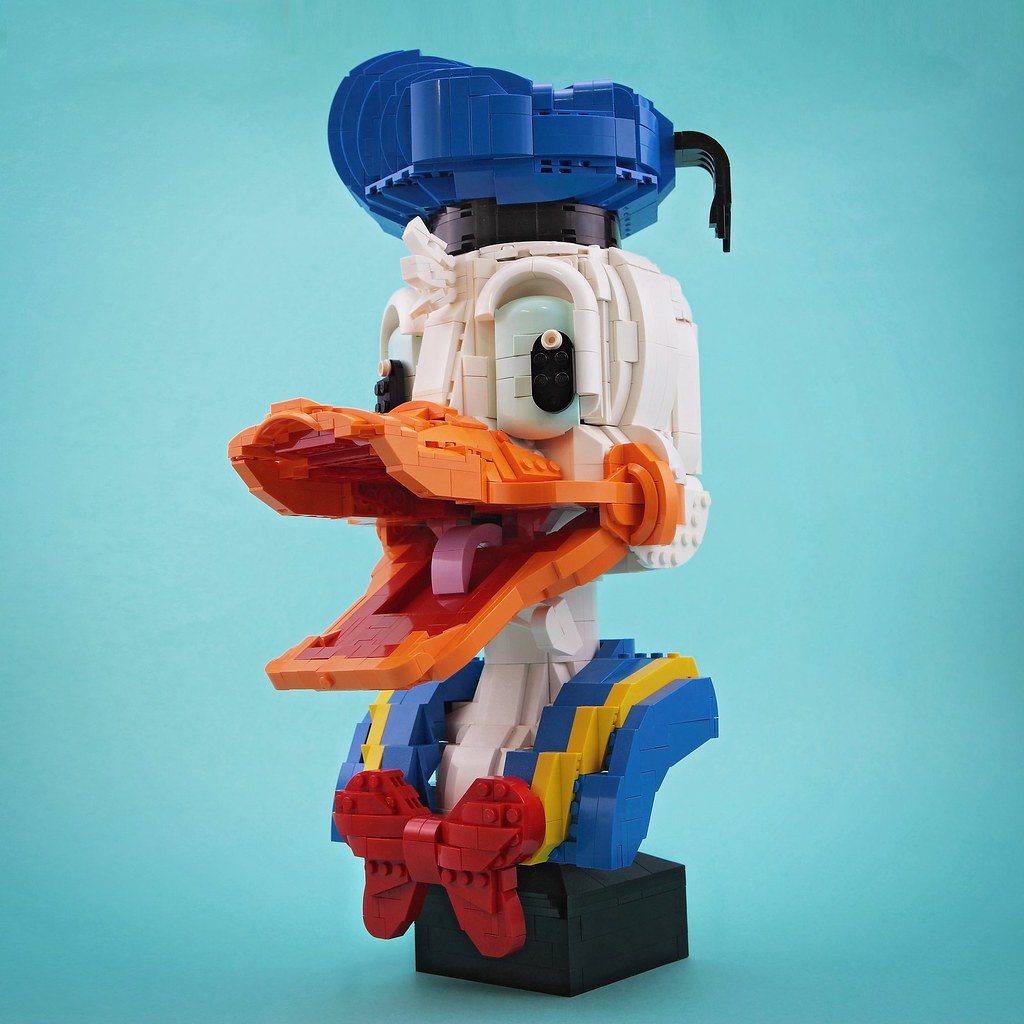 But turn the bust around and you’ll discover that Donald’s got a secret: a full recording studio for Disney voice actor Clarance Charles “Ducky” Nash, who voiced the duck’s mad rantings. It’s quite a feat to fit such a lovely detailed interior inside Donald’s head without compromising his looks! 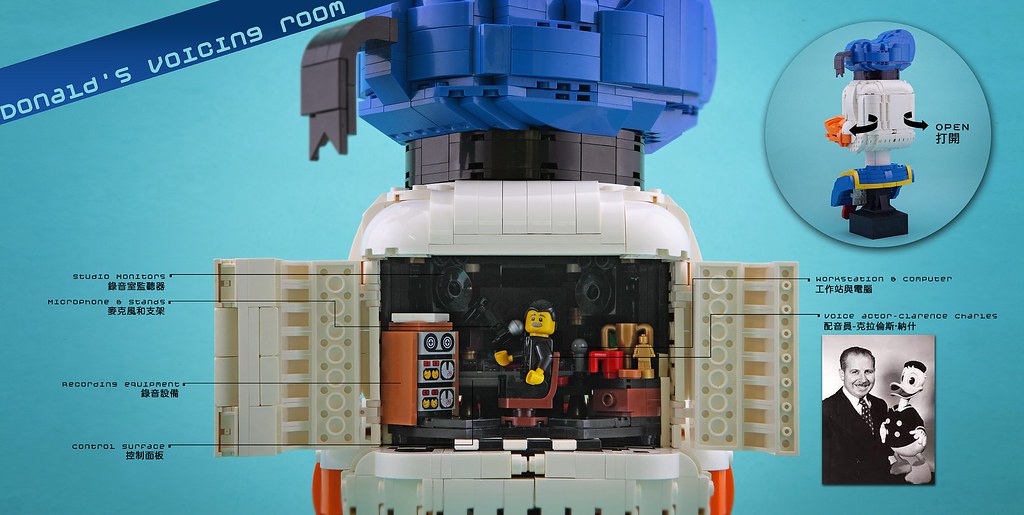